Do you ever feel bad for the bosses you ruthlessly slaughter each and every week? I started thinking about this while we were waiting to pull Atramedes. This blind dragon has quite a history. In case you haven’t seen his introduction, here’s a youtube video and a transcript:

In this vision of the past, we have a baby Atramedes. He’s nothing more than an innocent whelp who can’t defend himself and doesn’t know any better, raised by uncaring and chaotic hands. He was randomly selected by a madman (or madwoman? I can’t tell) to be the victim of various experiments. Who knows how much pain he went through, how many times he was poked and prodded, how many times he was tortured. All while he is the dragon equivalent of a toddler.

Robbed of his sight as a dragon-child, forced to live in solitude in a colossal library (and I doubt those books were available in dragon braille), hounded and mocked by his elder, it’s no wonder Atramedes sees his life as cursed. I wonder how he spent his days. Did Maloriak continue his reckless experiments on the dragon? Or was Atramedes left alone in the library for years? The poor guy probably never realized how badly he was mistreated; he probably thought being locked up in a library with nothing but scaps of less lucky experiments to eat was the norm.

You need a sandwich!

Take a look at his body. This dragon is devastatingly thin. He has metal armor seared to his skin. And he’s full grown. It takes hundreds of years for a whelp to grow into an adult; Atramedes spent all those years in agony. Then in come a small army of adventurers to put him out of his misery.

I wish I could have intervened when Atramedes was a whelp and saved him from this fate. I wish I could have been that person that cared for him and eased his misery. It’s still up in the air whether black dragons are born evil or become evil, (though certain people are trying to find out) but I’d like to think he would have had a happier ending if he had been rescued. Atramedes is not a “bad guy” in the traditional sense, he’s a victim of circumstance. 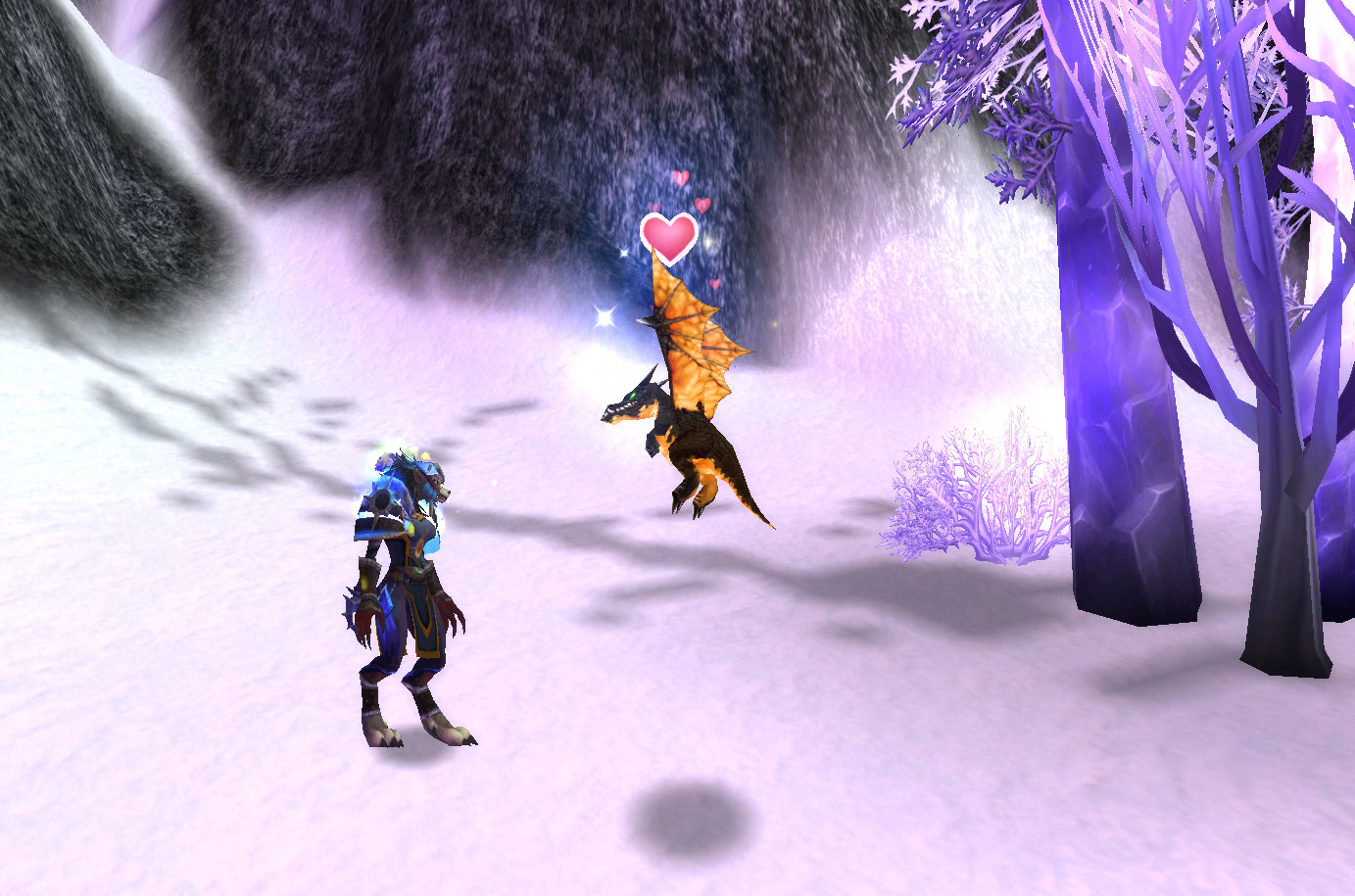 I guess the point of all of this is to make us hate the Black Dragonflight even more. They are soulless monsters who blind their infant brothers and dishonor their sisters‘ empty corpses. The matron of the flight wastes away in a hysteria caused by mating with a creature composed of magma and steel (that always makes me cringe) while she attempts to breed the ultimate dragonflight. The patron roams the world torching innocents and extinguishing entire dragonflights. This is one messed up family.

And yet, despite his horrible story, I still go in every week with a small army and murder him. Probably because I simply accept that everything alive in Blackwing Descent must be destroyed (except Finkle Einhorn, though I think we just leave him in his cage to make up for it). Better to be safe than sorry. Bastard refuses to drop my chest, anyway.