Sometimes people wonder why I play a Worgen bear. “Aren’t night elves the best tanks?” they say. True, Quickness is a strong racial for tanking; 2% more avoidance is awesome. But Shadowmeld is useless to the serious tank. I guess you could argue that Shadowmeld shines when you want to piss off your five man pug, but you wouldn’t do that in a raid, would you?

So here are the reasons why everyone should be a Worgen.

1. Darkflight is the best racial of all time. It’s a sprint you can use in bear form! While Quickness will save you from 2% damage over the duration of an encounter, Darkflight can flat out save you (or your teammates) from death. Need to quickly position a boss? Darkflight. Need to dodge a Squall Line? Darkflight. Need to pick up adds that are spread out and attacking your healers? Darkflight. Need to kite? Need to get out of ooze puddles? There are so many uses for it, and most uses will prevent more damage than a measly 2% miss. It’s also a strong racial for both PvE and PvP. 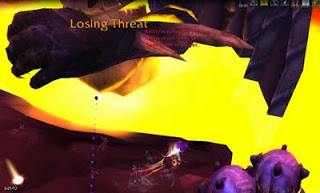 Not enough spare rage to use Stampeding Roar, but you have to get it fast before the damage dealers pull.

2. While Viciousness, that 1% crit bonus, doesn’t compare to the raw damage mitigation value of Quickness, it is useful for every spec you can play. It increases your chance to proc Savage Defense, and increases your damage in both bear and cat form. I often argue that a bear’s strongest utility is its ability to deal damage on the side, and this racial supports the strong hybrid-tendencies of a feral druid.

3. You have a total of 9 possible forms: bear, cat, human, worgen, flight, seal, tree, moonkin, and travel form. That’s just so druid. You can throw off your guildmates by going into human form. “Who is this funny looking human with feathers in her hair OMG IT’S THE BEAR!” You are also fuzzy or feathery at all times (except for human times).

4. You never have to buy a mount. With Running Wild and Flight Form, your travel needs are met as soon as you reach the required level. There’s also the hidden bonus of having a very small profile in both travel forms, so you can sneak up on an enemy without being noticed.

5. You get a cute, fuzzy mane. No other bears get fuzzy manes.

6. You can be a steampunk bear. Taurens are earth-loving hippies, trolls are witch doctors and animal god worshipers, night elves sleep for a long time and talk about Elune. But you, my transformed Gilnean friend, you come from a world of industry and technology! You can put on goggles without wearing them ironically. You can put spiked gloves on your paws just because that’s how Gilnean druids do it. 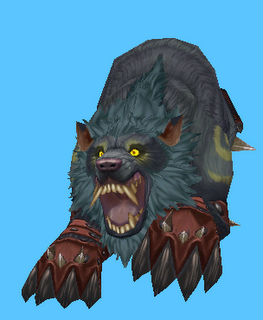 Not an ironic bear

7. Most importantly, your hair doesn’t disappear when you wear a helm. Taurens lose their precious ears when they equip most helms; night elves and trolls lose their hair. But worgens always get to show off their style! (Well, sometimes we lose our ears, but usually it doesn’t look funny when we do.) 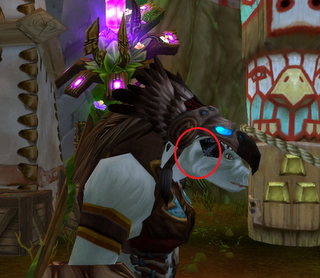 There’s a flat spot where this tauren’s ears should be. Creepy.

So there you have it. It it wasn’t for the pure awesomeness of troll druid forms, I would bid every druid to reroll worgen. They’re just that good.