As a tank, you’re often desperate to find ways to improve and to compare your performance with others. There are ways to do this, but looking at Total Damage Taken is not that way. I know it’s tempting. To improve as a damage dealer, you often compare Total Damage Dealt. So this is the same idea for a tank, right?

No. It’s a good instinct! You’re trying to improve and you’re almost there, so don’t squash that urge! But there are better things to compare.

The Problems with Total Damage Taken

It’s common to compare your damage taken with your co-tank via Recount, Skada, or World of Logs. Sadly, that comparison usually won’t give you information you need, and is more likely to confuse you or convince you to play in a way that’s less optimal. There are a million different variables that contribute to your total damage taken, most of which you have no control over. You shouldn’t aim to take less damage than your co-tank. And if you are taking less damage, that doesn’t mean you’re a better player.

Different tanking jobs. Sometimes you tank the adds and your cotank is on the boss. You are taking damage from completely different sources and your Total Damage Taken is going to look very different. Even if you’re both switching on the same boss, one tank might be tanking that boss for a little bit longer than the other, or have to soak different abilities, which contributes to very different numbers in the end.

Different tanking classes. Monks, warriors, paladins, druids, and death knights all have widely varying mitigation tools. Some classes avoid more, some reduce damage by a percentage, some absorb. Some even deal with damage by taking more of it but having a larger health pool. Some of us have great cooldowns against magic, some of us have great cooldowns against DoTs. Each tanking class is different, and each takes and reacts to damage differently. Comparing damage between a monk and a paladin will not give you much valuable information, other than one class might be better at Total Damage Reduction.

Random chance. Sometimes you just have a lucky string of dodges. That doesn’t mean you’re a better tank; that means the random number generator decided to favor you.

Some abilities are not logged as you might expect. Often, absorbs, like Guard and Power Word Shield, count toward healing instead of damage reduction. Conceptually, they’re both, so how should you evaluate them? There are also many skills out there that on the surface appear to be straight damage reduction, but actually appear as absorbs in the logs (like Zen Meditation and Diffuse Magic). These weird little inconsistencies can really throw off Total Damage Taken, but are incredibly important to reducing damage. For monks, stagger is a very special beast in the logs. Some tools record Stagger as damage dealt by the monk, some tools record it as damage dealt to the monk. This is often the reason why you see such different Total Damage Taken numbers between Recount and World of Logs. Also, if you just looked at Total Damage Taken and see lots of Stagger, you’re not getting the whole picture. Because of its nature of delaying damage instead of reducing it, a high mastery Brewmaster might see very high damage taken from stagger, but that’s actually a good thing and it means that gearing strategy is working as intended. 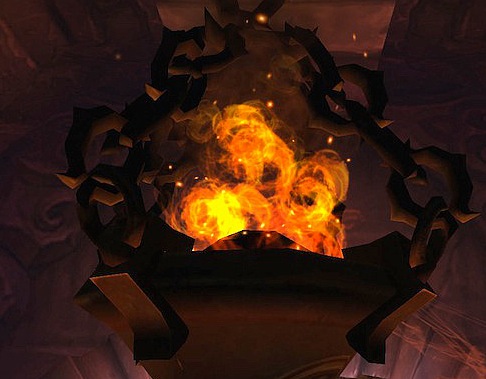 How Should You Compare?

If you want the quick answer, ask your healers how easy you are to heal. Obviously, this is subjective, but their opinions matter. If a tank is hard to heal, that’s often a sign that they need to focus on smoothing stats, like stamina.

If you want a more objective comparisons, there are some good tools out there, like CompareBot. When using CompareBot, try to eliminate any uncontrollable variables as possible. For example, compare yourself to the same class, or same tanking assignment, or same attempt, similar fight lengths, etc. If the classes are the same, look for things like heal usage, active mitigation uptime. Are the numbers similar? Is the other person higher? Might there be a reason the other person has higher ability usage (like if they are a full blown crit build and you favor mastery, so they would have higher EB). Also compare specific boss abilities, like any telegraphed attack. Does one person take significantly more damage from a specific attack? Is there something they can do about it?

Another option is to compare yourself on the same fight between weeks or attempts. This makes it more difficult to find out where you need to improve, but if you just want to track your personal improvements then it’s very useful. It also removes many of the pesky uncontrollable factors I mentioned above, like different classes or roles.