I usually don’t talk about racials because I don’t want to contribute to the attitude that people should sacrifice their personal happiness to play a race that they dislike but has a microscopic advantage. But with the push to finally bring old races in line with new, I thought it would be fun to talk about how each racial looks for us Brewmasters. My idea of perfect racial is if you can subjectively convince yourself that your favorite race has the best one. I think these are fairly close to that.

The numbers haven’t been revealed or decided upon, things are likely to change. We don’t know how valuable certain stats will be in Warlords of Draenor, nor our full toolkit. I’m limiting myself to racials that apply to raiding and how they will work for PvE brewmasters.

Passive: Heroic Presence is now +X to your primary stat.
Active: Gift of the Naaru heals for the same amount but over 5sec.

The passive will grant Brewmasters a static amount of agility, which is good. Time will tell how much we will value pure agility in WoD, but we know for sure we’ll at least get attack power from it (which will actually be useful for tanking). The heal has been buffed to heal 20% of your health over 5 seconds, instead of today’s 15 seconds. If you use today’s numbers, that’s like 40k per second for 5 seconds. I actually really like the current version of the heal for those times when I need a heal and all my other heals are unavailable (a surprisingly regular occurrence), and in Warlords it will only get better. 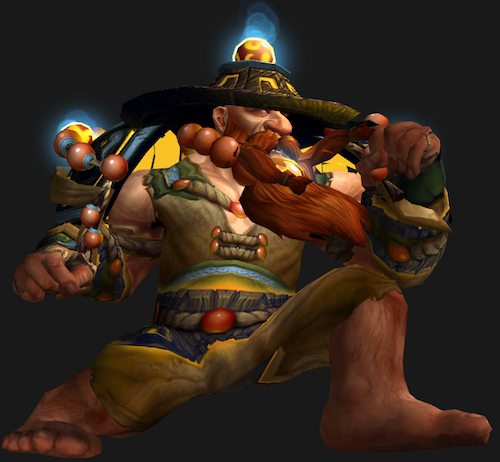 Passive: Might of the Mountain, a passive which adds 2% Crit Damage (and probably healing).
Active: Stoneform clears Poison, Disease, Bleed, Magic, and Curse effects and provides 10% damage reduction for 8 sec.

Assuming crit remains valuable for us, 2% crit damage is a nice dps bonus, but, except for crit healing, doesn’t provide much in the way of defensive value. However, Stoneform’s flat damage reduction has been valuable for Brewmasters in the past, given that we lack straight forward damage reduction cooldowns 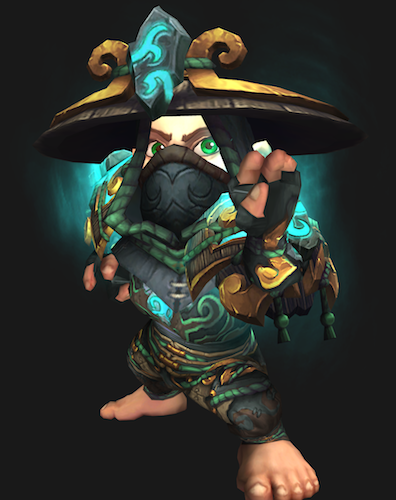 In today’s world, 1% haste isn’t phenomenal for Brewmasters, but that may change. Increasing our maximum energy by 5 means we will have a tiny bit more breathing room between pooling energy and capping energy. I doubt it will amount to any throughput advantage in practice, but reducing your chances of bleeding energy is nice. In contrast to those two relatively useful passives, gnomes still have the very situational Escape Artist to remove snares and roots. Those pop up once or twice a tier.

Passive: +X to two secondary stats of your choice.
Active: Every Man for Himself may or may not change.

I’m guessing that the passive boosts your two highest secondary stats, which is where the “choice” comes in. This is a very strong passive because it will usually boost your best stats. Every Man for Himself remains situational in raids, though some people swear by it in PvE so human remains a viable choice.

Holy passives, Batman. Two percent movement speed is still small enough that it makes almost no difference, but admittedly sounds attractive. Movement speed is especially attractive to tanks because we tend to move around the most (and lose the least from doing so). Two percent dodge/miss is what it’s always been: extra avoidance, not very exciting. The more controversial bonus is a racial that depends on server time. It’s a small enough bonus that whether you prefer haste or crit, it doesn’t make much of a difference. If you tend to raid at regular times, it won’t change at all. I honestly like it because it’s different and it hooks into classical RPG racials without the classical weakness to counterbalance.

Pandaren have a strong passive bonus that unfortunately disappears if you forgot to eat food or if you died midway through the encounter. It hasn’t changed at all, and is still valuable for granting you a choice in what stats get boosted. However, Quaking Palm is not a terribly useful racial in PvE because it has a short duration and breaks on damage. The only use I can think of for it is an secondary interrupt on vulnerable mobs. (Of course, I’ve never actually bothered to use it in my long tenure as Pandaren, so I could be wrong there.)

All Alliance races have strong passives, though I’d say humans and pandaren have the strongest passives because they add the element of control over which stats you get. Gnomes have very unique passives that may prove useful if you struggle with energy capping, and night elves will satisfy those who need every boost of speed they can get. Draenei and Dwarves have good passives accompanied by great active racial skills that will be consistently useful for tanks. All races have something competitive to offer us. (I’ll probably be draenei mostly because they’re my favorite Alliance race, though I might have some brief appearances as a gnome or dwarf.) You could easily justify any race as being best for Bremasters.

The crit passive’s value will depend on how much we want crit in the expansion, though it will remain useful defensively and offensively. Arcane Torrent remains the same for us, and restores 1 chi. On-demand chi is especially useful during heavy movement and tank swapping fights (just like a weak Chi Brew). 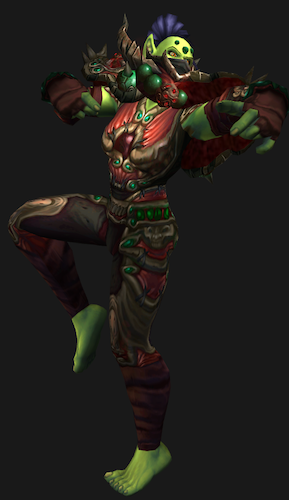 Orc passives remain nearly useless to us, since the pet damage only applies to Xuen, and while we Brewmasters suffer greatly from stuns, they aren’t common or long enough to benefit from a 10% reduction in PvE. However, Bloodfury has gained quite a bit of value. Right now, pure attack power is not very valuable because vengeance greatly overshadows it. However, with the attack power aspect gone in Warlords, regular attack power should again be a valuable contributor to our heals, shields, and damage. Bloodfury will amount to a small dps and healing cooldown.

As mentioned in the “Alliance” section, Pandaren have a strong passive bonus that unfortunately disappears if you forgot to eat food or if you died midway through the encounter. The active skill remains almost entirely useless. 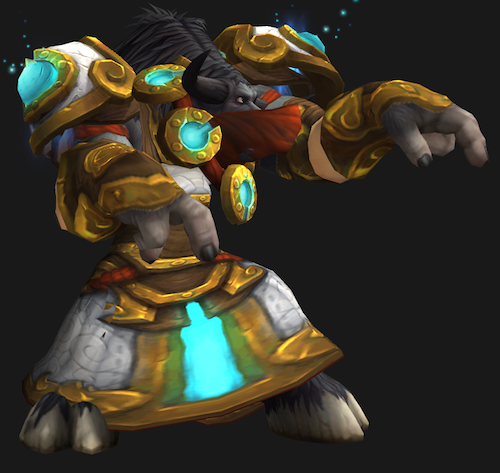 Stamina will undoubtedly change in value and scaling in Warlords, though how much we will want it is totally dependent on encounters and scaling. Hopefully with the stamina changes, this bonus will rise back up to being useful. Even if we end up not caring for extra stamina, the crit damage bonus will be strong when we have high crit. Warstomp remains as it always has: decent for AoE control in 5 mans, useless elsewhere in PvE.

Passive: ? (Blog sort of hinted that beast slaying is gone, though), reduced duration of movement impairing effects
Active: Berserking will be 15% haste.

Brewmasters were largely spared from the troll surge of Throne of Thunder because haste isn’t a terribly valuable stat for us. That might change in Warlords, but we can’t say for sure. With no strong passives to speak of, evaluation of the troll racial depends entirely how how much we might want a 15% haste boost.

Passive: Tweaks to the scaling rate of Touch of the Grave
Active: Will of the Forsaken (3min cd)

If Touch of the Grave is comparable to other passives, then it will provide an interesting boost to both defenses and offenses. Will of the Forsaken remains as a situational CC removal. Historically, Touch of the Grave has had scaling issues, plus the hidden detriment of simply not feeling as effective as a regular stat boost.

The Horde tends to dominate on the active racial front. Blood elves, orcs, and possibly trolls will be your best choice if you want resources or defenses on demand. If you prefer passive boosts, tauren, undead, and pandaren are better off. Pandaren have the added utility of your choice of stats. Blood elves are sort of unique in that they have a strong active ability and a good passive bonus. (My Horde monk will be either a tauren or orc, because they look awesome.)