My guild downed Shannox, Beth’tilac, and Lord Rhyolith in the last two days. We’ve made some progress on Alysrazor as well, and will hopefully down her tonight. I gotta say, this instance is awesome. I wasn’t particularly burned out on Bastion of Twilight or Blackwing Descent, but Firelands took me by surprise.

I was concerned that the raid would be too dark. Screenshots and videos are pretty dark, but the raid is bright enough with plenty of contrast. I love the huge, outdoor zone, and the endless horizon. There are fireballs flying everywhere, armies of elementals, and tiny little lavaworms. As much as I hate trash, it feels somehow fitting that you zone into a foreign plane of existence and cower at the vast volcanic plain that is simply dripping with hellhounds and fire elementals. I wonder if this is how walking into Mordor would feel. And there’s music! 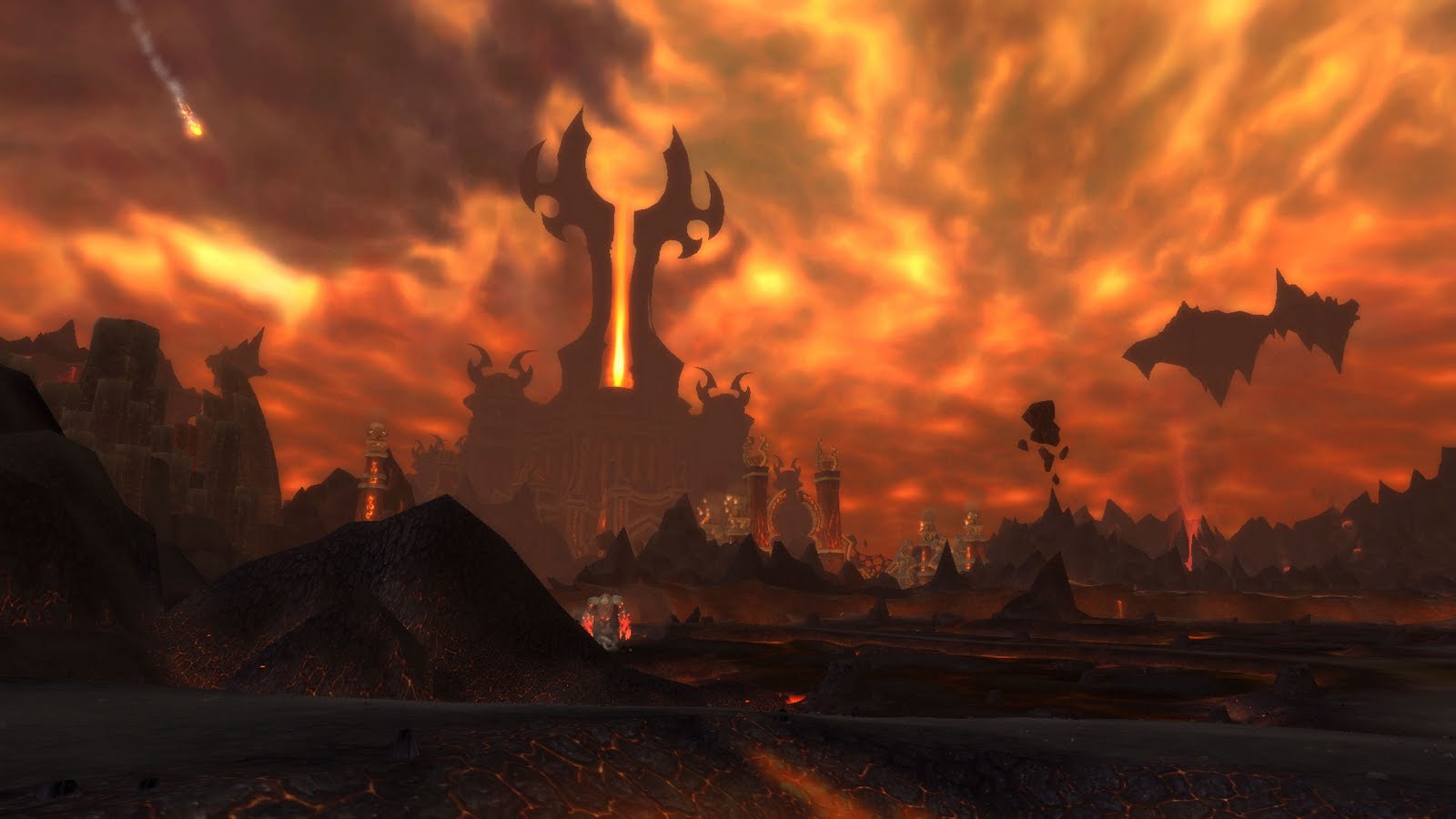 Imagine thousands of orcs and a giant, fiery eye on top of that spire.

A few weeks ago I wrote about how the dungeon journal is going to change the way encounters are designed. I hadn’t experienced any of the fights that were available on the PTR at the time, though I predicted that bosses from now on would be more complex and entertaining because the dungeon journal raises the floor on learning encounters. Previously, most encounters had to be limited by how much the average person could figure out on their own. Now Blizzard can design interesting and less intuitive gimmicks without worrying if the average player can figure it out. 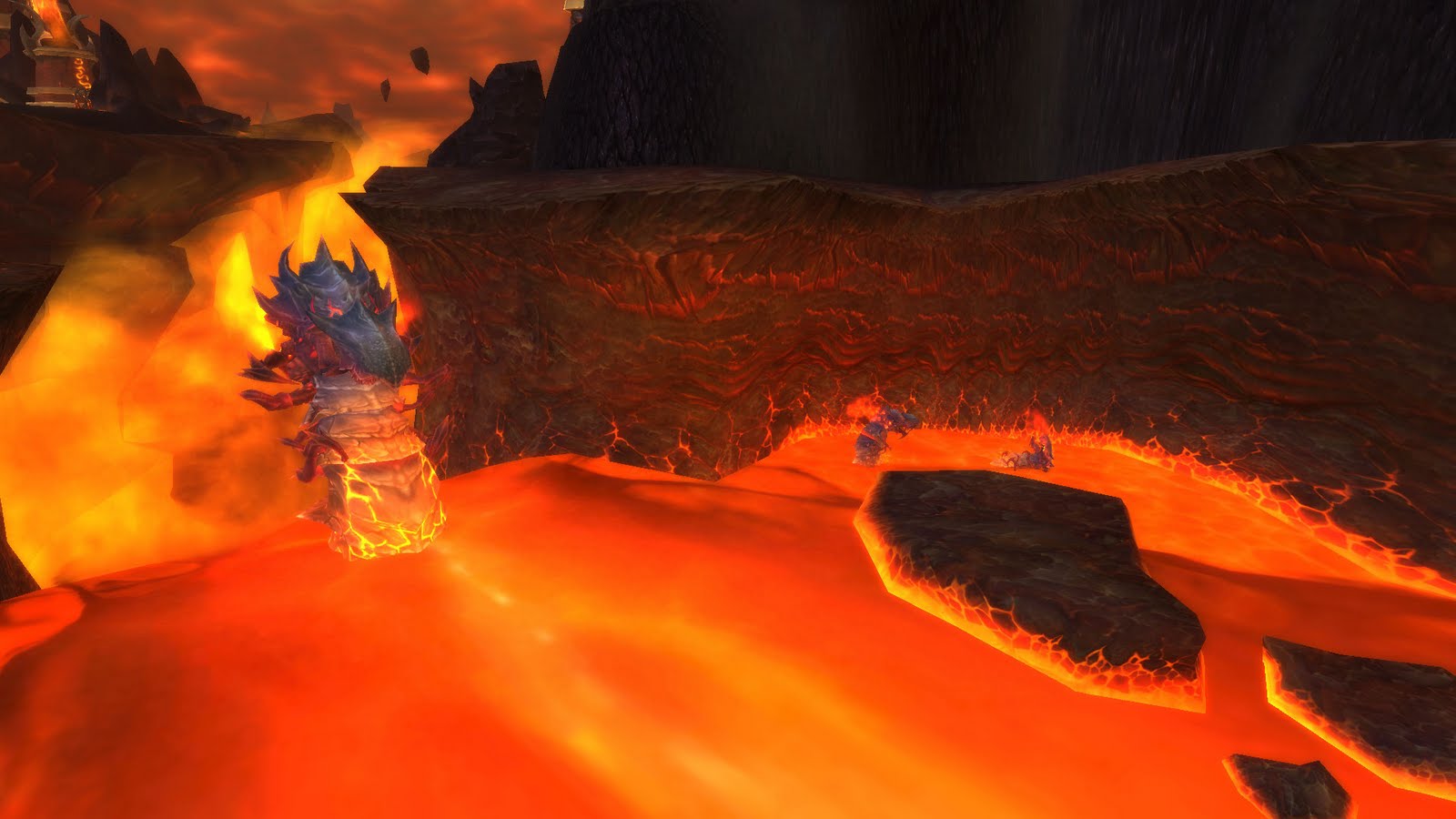 We pulled Shannox, the hunter boss, first, which was probably a mistake. So far, he is the hardest boss I’ve encountered in this instance. He inflicted a huge amount of damage on us tanks and the traps he dropped required an extra helping of raid awareness. We used a 3 tank strat, which meant that a paladin and I had to fight for threat and stop attacking and use BoPs to force a target swap. This solution reminded me of Bloodboil in the Black Temple, which honestly didn’t sit well. Competing for threat, especially in the days of Vengeance, wasn’t fun.

Turns out there’s a much more elegant solution. Use 2 tanks and take advantage of travel time when Shannox and Riplimb throw and retrieve the spear. We did kill him using the 3 tank strat, though I hope later we can use this more sophisticated and far more interesting strategy.

If you’re just starting out in Firelands, attempt Beth’tilac or Rhyolith before Shannox. Both those fights are engaging and much easier to execute. Trash respawns might be more painful, but I think your time would be better spent getting at least one kill under your belt before your raid loses morale. 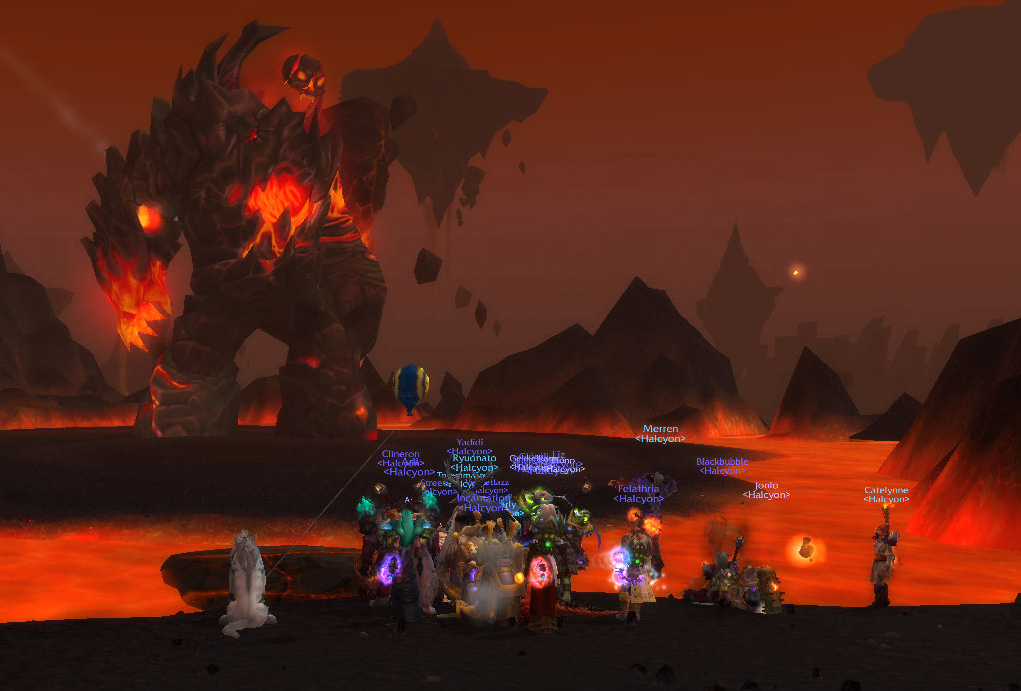 Ryolith, the foot boss, came next. This fight also only requires 2 tanks and again I went kitty. Melee dps has the role of steering him, which is far more fun than fighting for aggro on adds. You have to turn him toward volcanoes so his armor falls off. We designated a caller who was responsible for picking volcanoes. It took a few attempts, but we finally steered him through enough volcanoes to bring him into phase 2. You have to run out of melee range while he’s transitioning from phase 1 to phase 2 (i.e. while he’s taking his clothes off) because his armor violently explodes off or something. Then you just have another burn phase and you win! 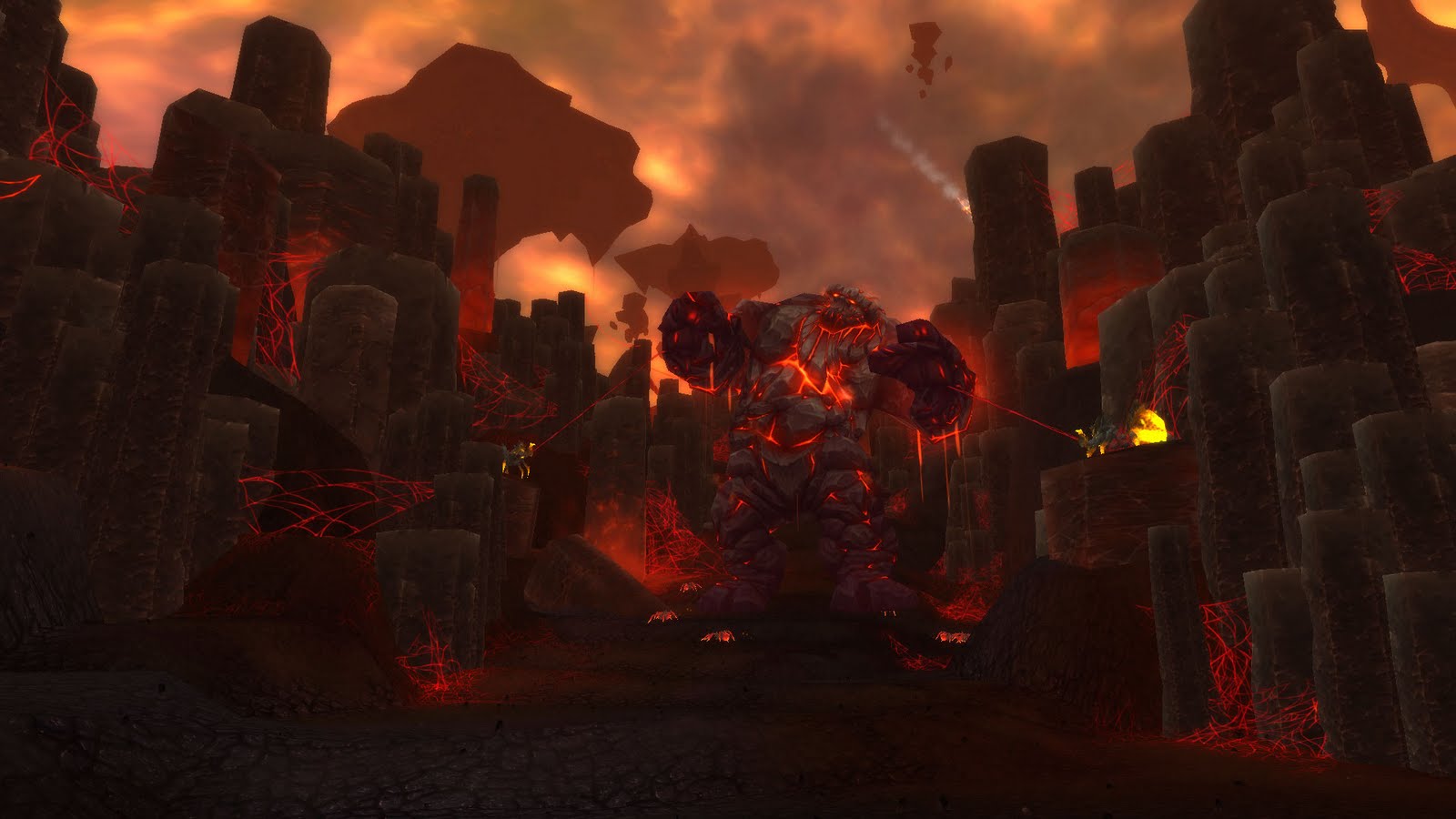 Spiders! Why are you attacking your friend!

Next up was Beth’tilac, the spider boss. We only used 2 tanks, so I went cat. I think this boss only took two attempts, though our heroic raid gear definitely helped. I wish I could have tanked or dps’d up on the web, but I was one of the unlucky few melee to stay down and kill spiderlings. Despite being locked out of Web Team 6, the bottom was interesting enough. There are a ton of adds, and it can get pretty confusing. If you’re down on the ground, kill the tiny spiders (Spiderlings) whenever they appear, because they heal other spiders if they reach them. Then kill the big guy tanked by a real tank (Drones). There’s a third type of mob (Broodling) that drops down on web strings and casts on the ground team. If too many are up, the spells they cast will be difficult to heal, so burn them every once in a while too. They’ll fall off their strings if you taunt them, and they don’t need to be tanked.

Later, Beth’tilac drops down and you hit the real burn phase. I’m pretty sure you’re not supposed to let her eat baby spiders, but we did and she healed back to 100%. We were able to burn her down easy enough, though I suspect that’s only because we’re geared to the tooth. 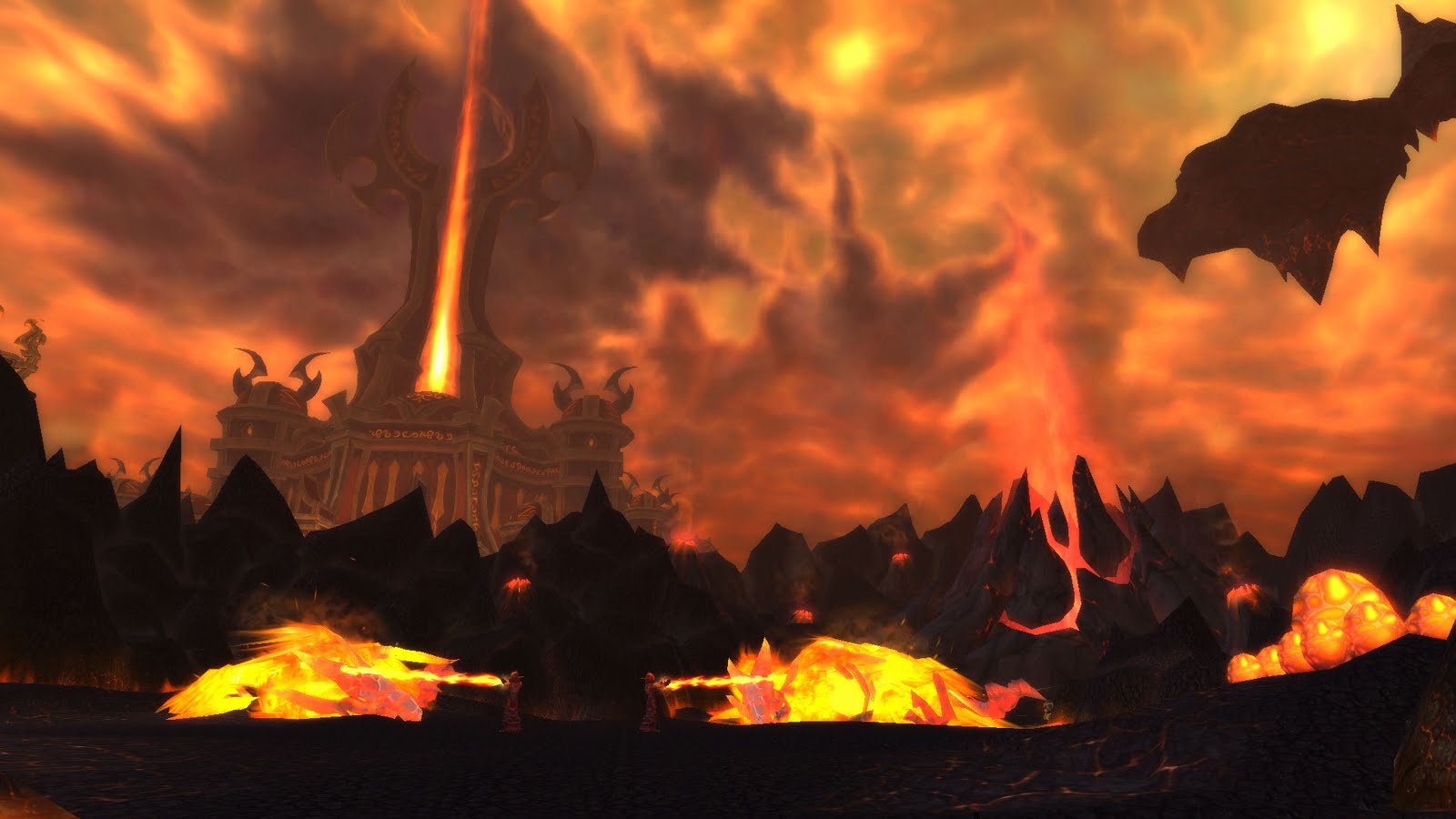 You have to let the birds fly!

We’re working on Alysrazor, and luckily I get to tank! I have to get imprinted by baby fire bone birds and feed them when they’re hungry or throwing a tantrum. As a tank, you deal so much damage to the baby fire bone birds that you will make everyone else look like they’re attacking with their wands; that’s something you don’t get to see every day. I also have to pick Alysrazor up during her ground phase (once she hits 50 energy). I haven’t survived through one of those phases yet, let’s hope I can tonight. 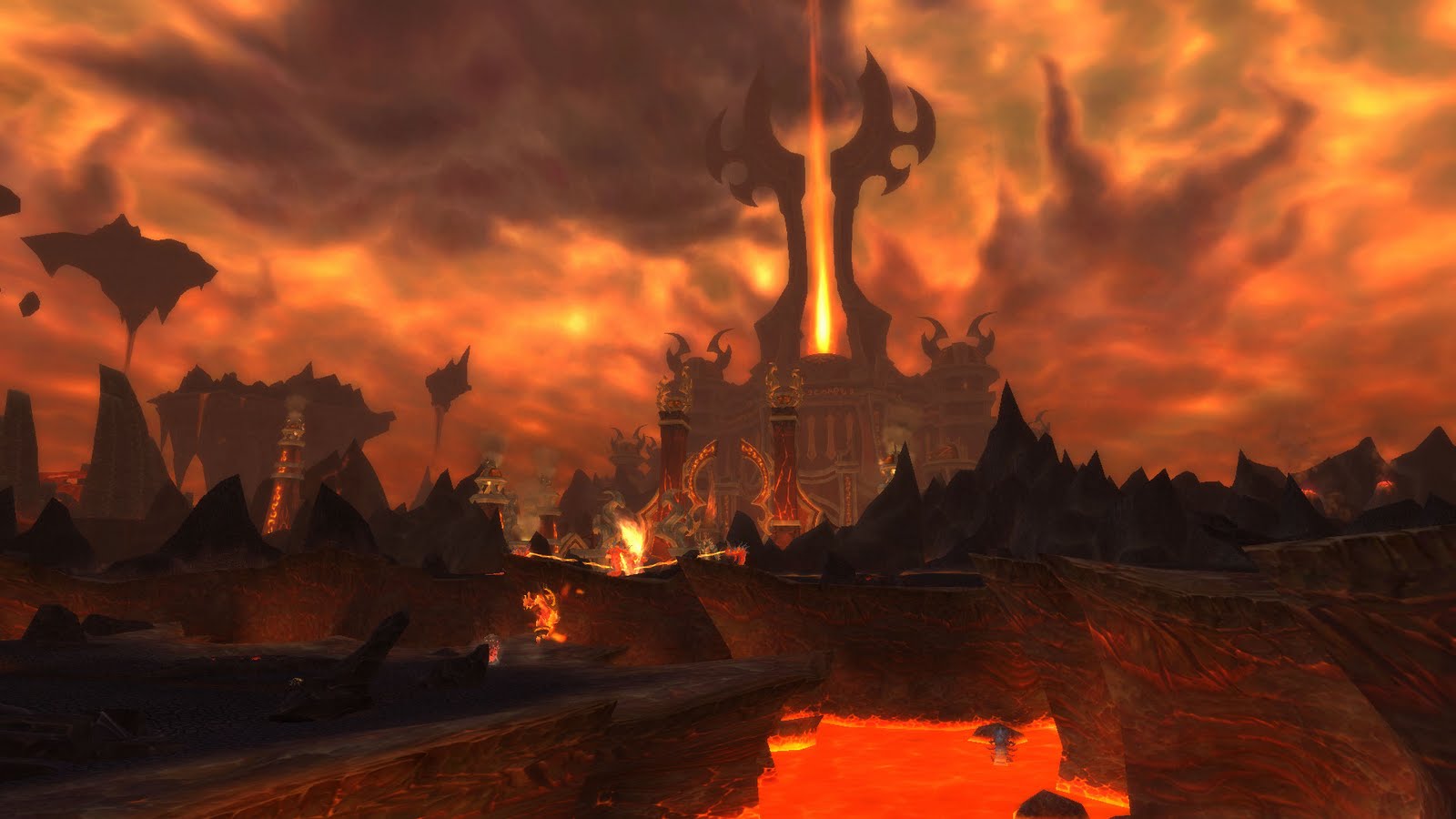