I’ve wanted to do this for a while, but for some reason it has taken forever. Honestly, I think bears are in a pretty good place right now. There’s room for improvement, but with the massive tank changes that were supposed to come in 4.3 (why do you make me sad, Blizz!), it didn’t seem necessary. I never even posted in the official thread! But they are interesting questions with interesting answers.

What type of content/type do you focus on?

What are your biggest quality-of-life issues?

I don’t like that Demoralizing Roar and Faerie Fire (Feral) are on the spell hit table. It’s unreasonable for bears to attain the 17% hit required to guarantee those spells will hit. This is a relic of vanilla WoW that has stayed far longer than necessary.

Also, rage generation is a pain. In a 5 man that I overgear, I am constantly rage-starved. If I happen to get a string of dodges in any type of content, I can’t use most of my abilities. Three rage on a dodge feels like a sad little joke. Rage on a crit is noticeable when you’re AoEing many adds, which is nice, but it’s a small bonus elsewhere.

Similarly, Feral Charge requires rage, unlike the warrior counterpart which grants rage. I normally can’t use it when I need to.

Bears lack a ranged interrupt. It’s not a big deal, but it is a nice bonus when playing other tanks. 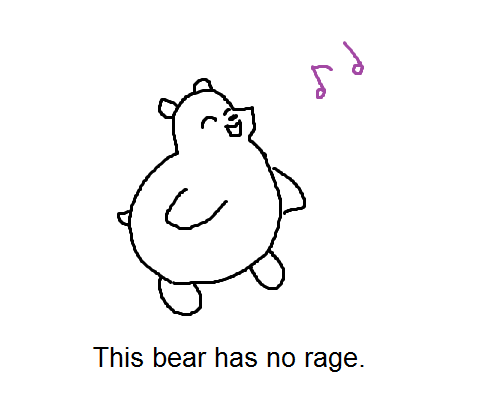 He might look happy, but I can assure you his party is not.

I love that bears are offensive tanks. It makes me feel different from the other tanks because I hit the boss for mitigation, and stats that normally aid attack, like expertise, agility, and crit, aid my defense as well.

I enjoy Stampeding Roar in its current incantation. 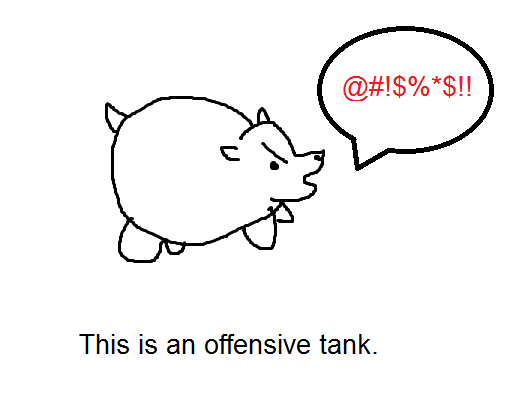 He likes to hit the boss for defense. What a meanie.

The bear rotation could use some more interactivity (more on that later). Bears are pretty boring to watch, with simple attack animations and an unchanging form.

I feel like a detriment to my raid when we need something like a battle rez (or rarely, an innervate) while I’m tanking. Sometimes I can find a safe window to perform the action, but usually the raid has to wait. 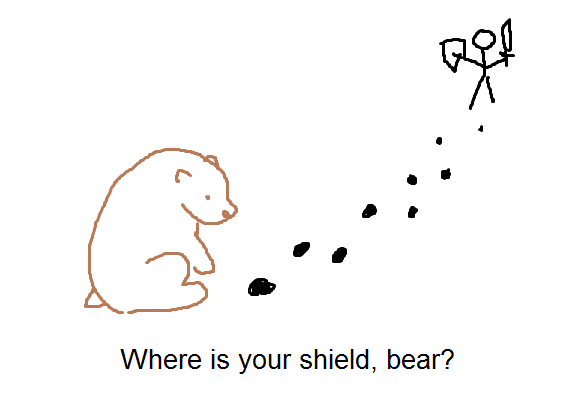 What kind of warrior-wannabe are you?

How do you feel about your “rotation”?

I’m glad that we can proc Mangle, as it makes our rotation less predictable. I’d be happy if we had one more random or semi-random event added to the rotation.

Mangle hits hard, which is fun, but it’s not fun when all our other abilities feel weak to compensate. Specifically, Lacerate and Pulverize. Pulverize consumes three whole stacks of Lacerate, something that took a lot of time to set up, and it doesn’t do enough damage to be exciting.

Our AoE rotation is still uninteresting. I enjoy Thrash because it has big numbers and the bleed, but Swipe is still extremely boring.

I like Enrage, now that the debuff has been removed.

Maul is still a bit of a mixed bag. In 25 man heroics, I could spam it without looking at my rage because I always have enough. In 10 man heroics, I have to make more decisions. However, often I feel like I’m being punished in a low damage or high avoidance environment. Not only do I have low Vengeance, but unlike a Paladin or DK, I can’t use one of my hardest hitting abilities.

I wish we had some cooler animations or swing attacks. I love the bash and dodge animations, but other than that, I can’t really see what my bear is doing because of my big, furry butt. You proved with worgen animations that you can do feral and ferocious extremely well; I want a piece of that.

Sometimes I wish I could see upgrades while in feral forms.

Interactive mitigation (you said it’s coming, but I still want it).

I’d like our spells to be on the melee hit table.

I wish unglyphed Frenzied Regeneration used less rage. I find that even in a heroic raid environment and if I stop attacking, I can barely fuel the 200 rage requirements. The choice to glyph it or not is an interesting decision when you just look at healing yourself vs. increasing the healing from others, but the removal of the rage requirement makes it a non-decision.

Way out there, but druids should wield fist weapons instead of staves or polearms. Because there are tons of awesome TBC fist models and I want them. It makes sense because I have claws. Bonus points if they show up while in form. 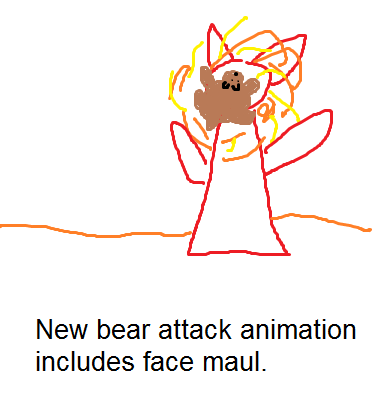 What spells do you use the least?

Of the feral spells, I hardly ever use Challenging Roar. Usually when I would need to use it, I don’t have enough rage to do so (likely the threat problems were caused by low rage in the first place). It’s on the global cooldown, which delays its use, and it’s only a temporary taunt, which won’t save anyone for long.

Since I often see Rebirth listed as a bear’s utility, I’ll admit that I don’t use it much at all, for the reasons I mentioned earlier. 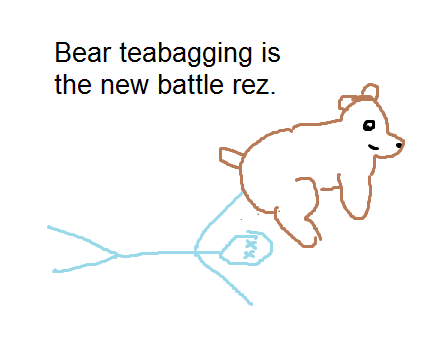