So far my procrastination has served me well. Instead of posting my thoughts on Tier 13 bonuses immediately after they were released, now I can have a post dedicated to the updated Tier 13 bonuses. 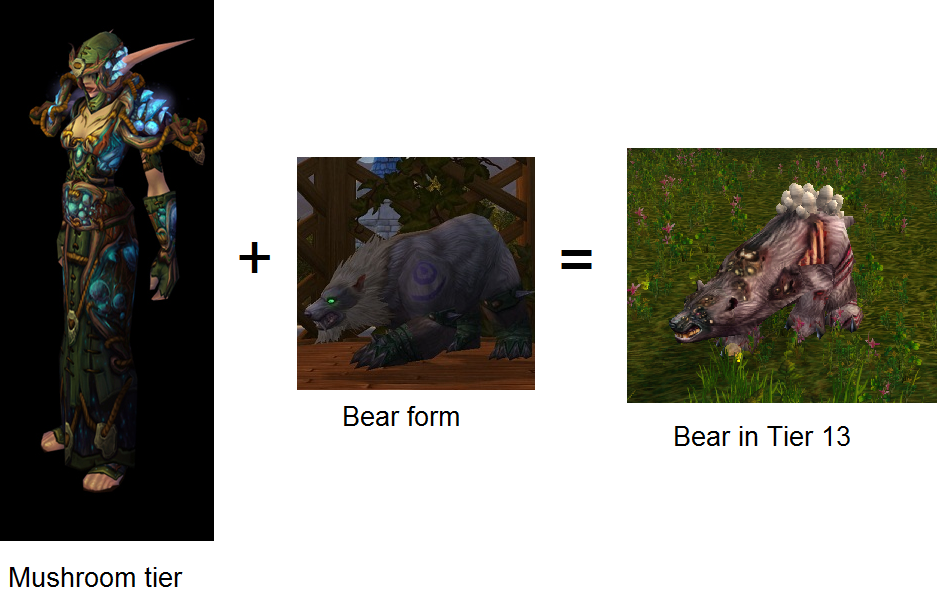 My boyfriend saw me making this picture and he was like “OMG IS THAT ACTUALLY WHAT YOU’LL LOOK LIKE THAT’S AWESOME!”

Previously this bonus increased Savage Defense absorbs by 100% while Berserk was active. That bonus would have been a nice defensive cooldown, but I wasn’t a fan of using a powerful offensive cooldown for defense, especially with that 3 minute recharge time. That bonus also stood apart from all the other tanks’ 2 piece bonuses. Warriors, paladins, and death knights got minor defensive bonuses tied to or influencing their normal rotations, while druids got another defensive cooldown.

Well, looks like we’re in the same boat as other tanks now. And compared to the relatively straight forward bonuses like a shield for 25% of your Judgement damage or 20% of your Revenge damage, we get something that requires an even tighter rotation. The doubled SD during Berserk would have been a strong bonus, but I think this one is more fun. It doesn’t change our rotation, but it rewards tanks who perform their rotation well, and I think that is an interesting way to lead us toward active mitigation.

What I love the most about these bonuses is that they all point toward active mitigation (well, the DK one to a lesser extent than all the others). However, unlike a Death Knight’s Death Strike, which forms the center of their active mitigation, we get small bonuses for performing our rotation correctly. I wonder if Blizzard will implement 5.0’s active mitigation like our T13 bonuses, or more like the current DK model.

Feral, 2P (Cat)– […] your Blood in the Water talent now causes Ferocious Bite to refresh the duration of your Rip on targets with 60% or less health 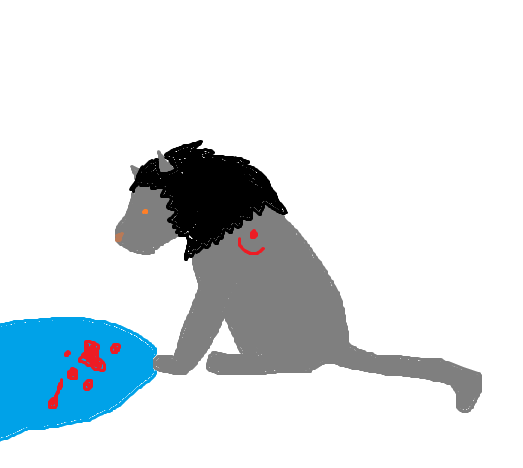 I like to imagine that the blood in the water somehow foretells the boss’s impending death.

I primarily play as a bear, but I wanted to touch on this bonus. Blood in the Water is a talent that I usually only take in pure cat builds. Most of the time I dps in a bear hybrid build, so this tier bonus will be useless for us off-tanking bearcats most of the time. Not that I’m complaining, as the bonus is designed for pure cats and it’s a fun bonus at that. All previous bonuses could be used while off-tanking; Tier 13 is the exception.

Feral, 4P (Bear) — Frenzied Regeneration also affects all raid and party members. This effect cannot be triggered if you have been in Bear Form for less than 15 sec[…].

This bonus is a very strong raid utility, but at the sacrifice of one of our personal abilities. We might not be able to use Frenzied Regen at the times we want, but it could be worse: it could be tied to our shield wall instead (poor warriors). Actually, one of the big differences between 10 and 25 mans (that I’ve noticed) is that in 10 mans I tend to need to use defensive cooldowns when there is significant AoE damage. The reason for this is that healers have to momentarily take their attention off the tank and help the raid instead. If we’re lucky, the Dragon Soul raid will have lots of situations like these.

The big question here is whether this includes the glyph, or if it’s limited to the unglyphed version, how will the healing work? Will it heal everyone for the same amount the feral druid is healing himself, or will it heal a percentage of their health? That almost sounds like a Tranquility in bear form! We’ll have to see how this works when the tier sets become available. 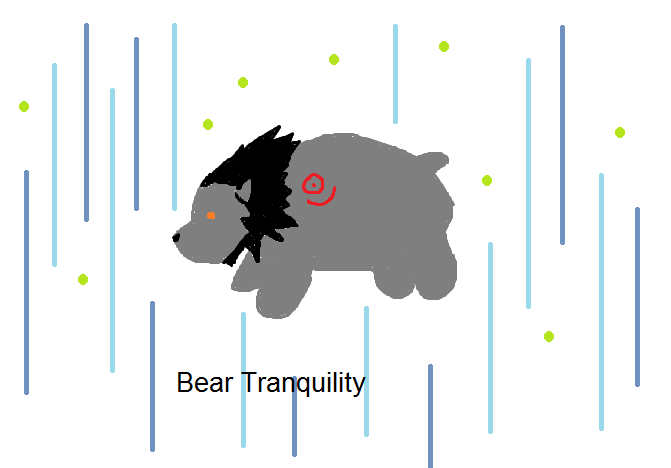 While I like this bonus, I still have some concerns, many of which were mentioned by Righteous Defense. First off, only three of the four tanks have to use one of their personal cooldowns for a raid cooldown. Paladins get their current raid cooldown buffed. This could be an issue if a boss has both massive, predictable raid damage and massive, predictable tank damage at different times. A paladin would be free to use their personal cooldowns for the tank damage and still keep Divine Guardian for the raid damage, but the other tanks would not have as many options for personal cooldowns. This is a bit of an inequality, though I doubt it will become a huge problem.

Also, each tank’s 4-piece bonus brings them no personal benefit. If there’s a fight that doesn’t need raid cooldowns, then the 4-piece is worthless. If our tier sets are poorly itemized, I foresee druids maintaining two sets of gear: one is the complete tier to provide raid cooldowns, and a second is a well-itemized set of the 2-piece and miscellaneous off pieces for personal mitigation.

Similar to the two-piece bonus, this one requires a talent that only pure cats typically take. Only specially specced bearcats will be able to utilize all of our bonuses.