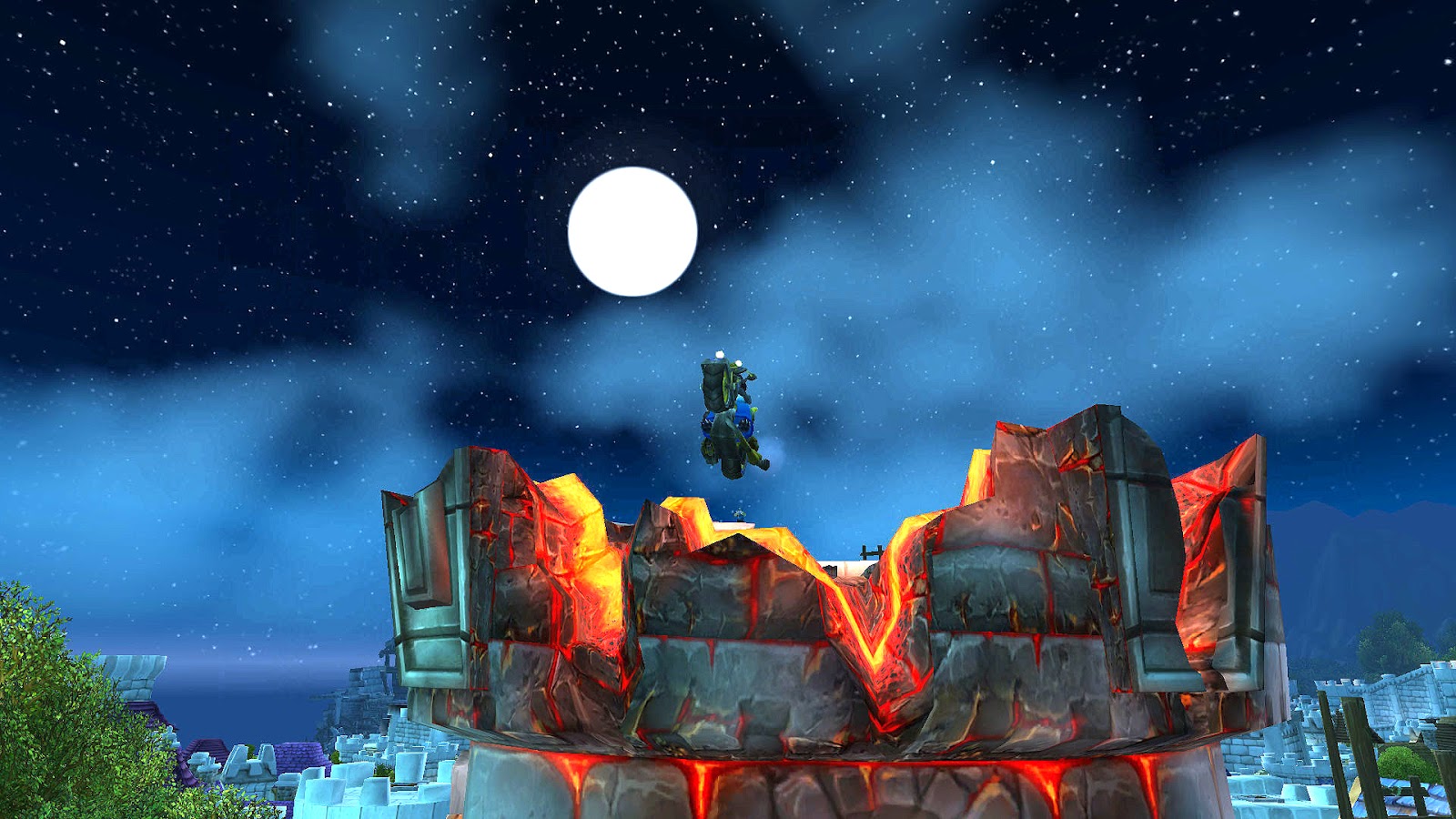 When I first started playing World of Warcraft, I remember telling my parents it was simply called The Burning Crusade. Why? Because World of Warcraft sounds like one of those games that’s overflowing with unnecessary violence. As someone who grew up within 5 miles of the Columbine massacre, excessively violent video games were commonly thought to cause excessive violence in the real world. Sprinkle in some religious fundamentalism, a brother fighting in a real life war, and voila! You have a situation where a game with Crusade in the title is preferable to one that implies a world full of war.

Nowadays my parents actually encourage my gaming habits (well, they encourage my blogging habits), and it turns out my fear was a little unnecessary. They actively try to understand what I’m blogging and tweeting about all the time, though in reality they have almost no clue.

For instance, now my Mom follows me on Twitter (through her phone) and she sees every nonsensical bear thing that I say. Once I quoted a line from one of my healers who justified my death by saying this:

A few minutes later I get this response from my mom:

The tank was working and drawing fire all by himself! I would have cured the furry brave thing!

So far it sounds like she’s actually got a pretty good grasp of what I do in WoW.

Recently I told my family that I wouldn’t be raiding so much because “I beat the game, until the next expansion. We ranked 9th in the US.” Explaining that I killed the final boss in the final dungeon on the hardest difficulty might be too much to explain, and I don’t want to bore them with irrelevant information.

However, soon enough they start asking questions. My sister wondered what individual rank that would put me at. I told her it would be around 90 (9th place among 10 mans). As we all know, individual rankings aren’t really a thing in WoW, but my sister seemed awfully proud that I was somewhere in the top 100 ten-manners. I’ll take outside admiration wherever I can find it! 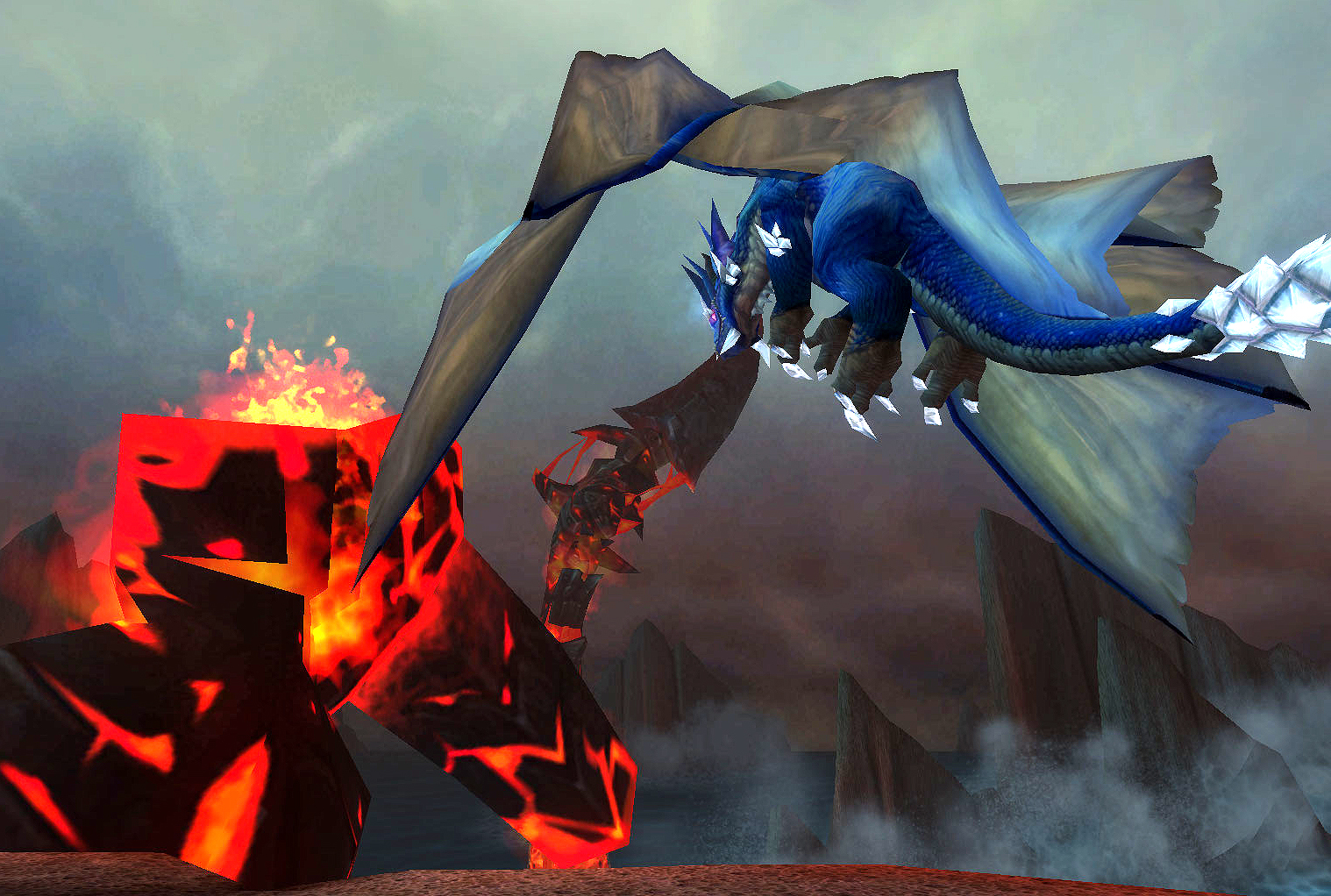 Later on, my mom and I were texting and the conversation went like this:

Mom: Just curious, when did you win wow?

Me: Wednesday. I tweeted about it. Final boss was called madness of deathwing.

Mom: I see now, but you never indicate it’s the last for the current release of wow. What game were you playing with spanish speakers?

Me: I was playing wow. You can get randomly paired with people you don’t know and I got paired with them.

Mom: Hmmm… Do they know you’ve finished that kill already or that you’re highly ranked?

Me: They can see by looking at my character, but I don’t know if they noticed.

Mom: Does sunnier have a rank attribute or an attribute showing he finished wow?

Me: I have a title attached to my name that you only get when you beat everything. It says “Sunnier, Savior of Azeroth.”

Mom: So you’re a wow aristocrat? Titled, like a lord or lady? Email me a screen shot!

Me: Haha basically! I’ll send one. 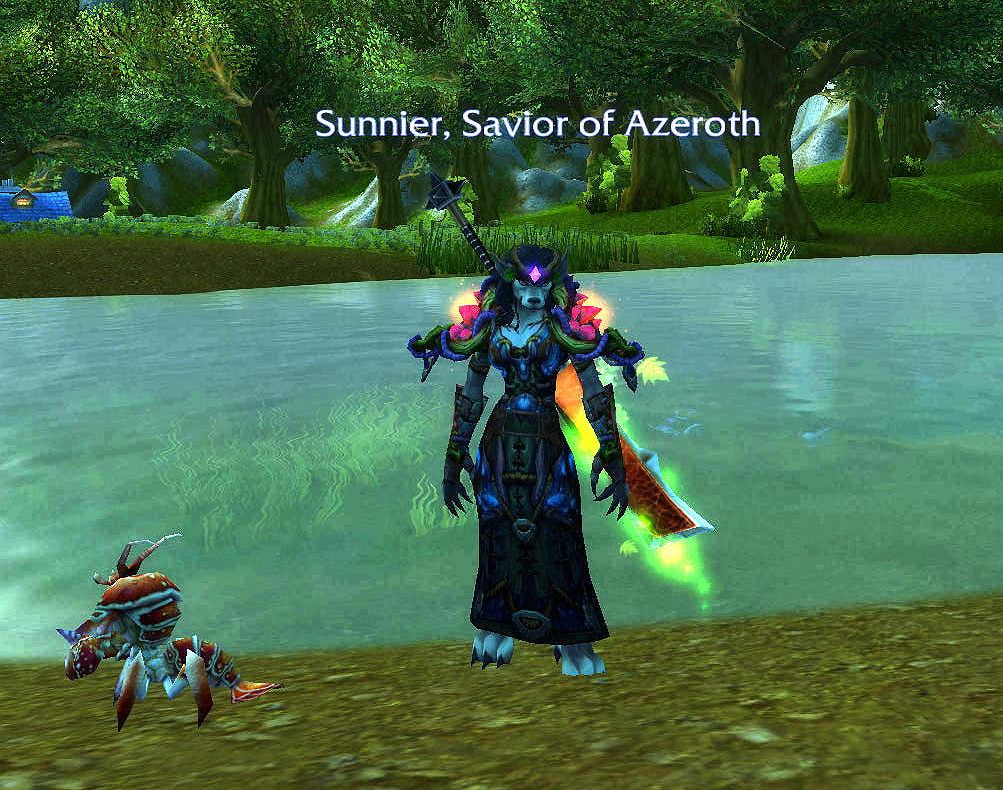 So here I’m attempting to explain achievements, the LFG, and titles to my mother. I’m actually really happy I get so many thoughtful questions from my family. They even listen to my Team Wafflecast podcasts! They don’t really understand what I’m talking about, but they come back later and ask me about whatever I chose to talk about. Even my extended family knows about my blog because my mom told everyone about it. At first I wasn’t happy that she told everyone my little secret, but she’s obviously really proud of it so maybe I should be too. 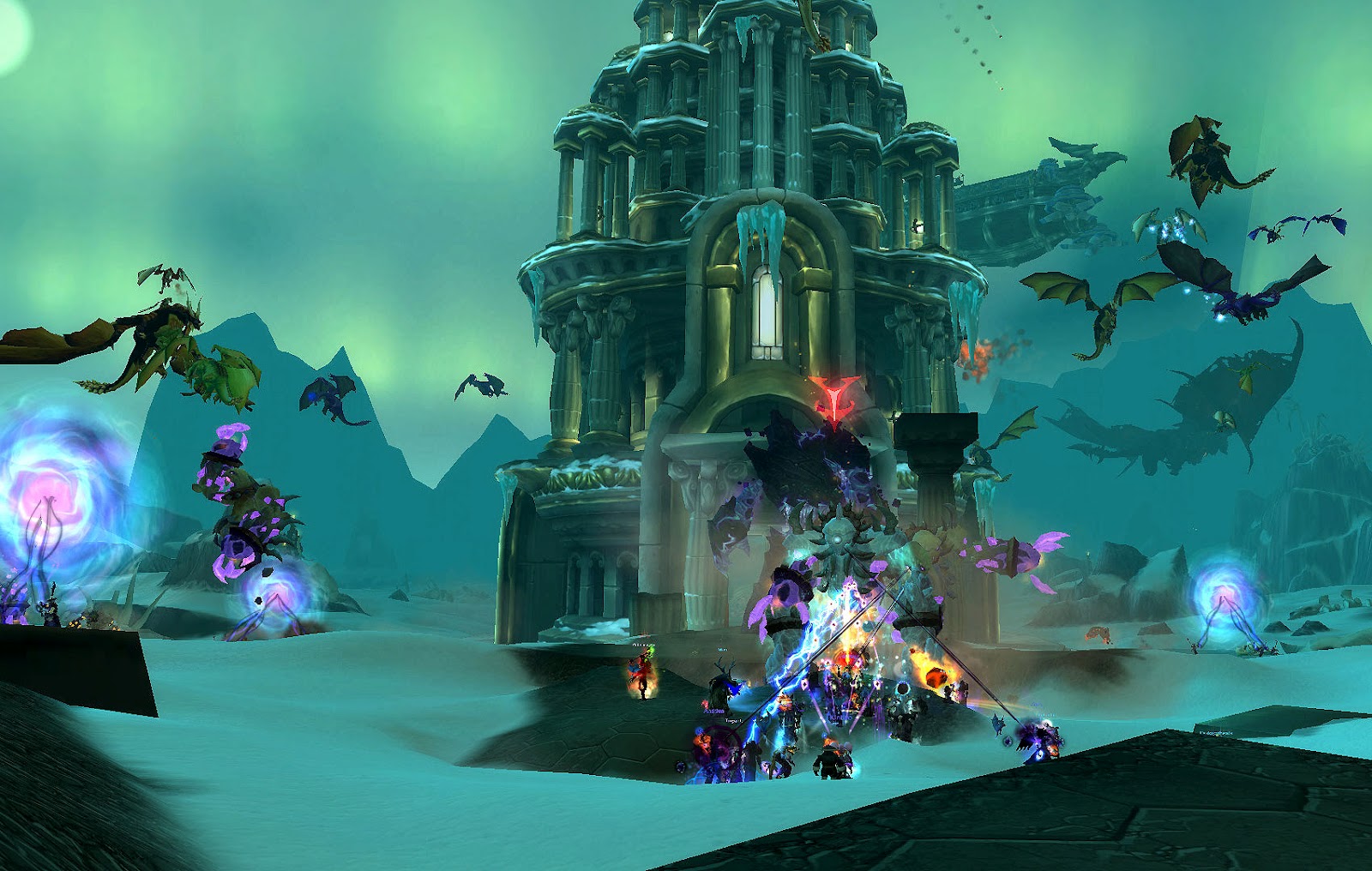 It came up again the other day during a job interview. The guy who was interviewing me asked what skills I had outside of programming. I told him I like to draw and write, blah blah blah. He asked me what I write and I told him it was a video game blog. I didn’t really go into much more (other than saying I was thinking of moving it toward a User Experience in Video Games blog, because User Experience is pretty valuable in software design too). The last thing I wanted was to tell my potential boss that I spend countless hours on this soul-sucking video game.

Funny thing is, I think mentioning my blog helped quite a bit in this interview. Turns out several of their employees run programming blogs, so it’s a popular thing there. I got the job; maybe I got it because my blogging makes me special? Who knows.

When I explain WoW to interested non-players, I try to talk about it in terms that they understand, like ranking. I call my guild my “team of friends”, I (mostly jokingly) call raids “play dates”. Explaining tanking took a little extra creativity, but it looks like at least my Mom got the idea. My family knows that my character is a werewolf that can turn into a bear or a cat at will. I tell people that competitive raiding is similar to competitive sports (except without the physical exercise and risk of injury).

How do you explain what you do in WoW to interested non-players? 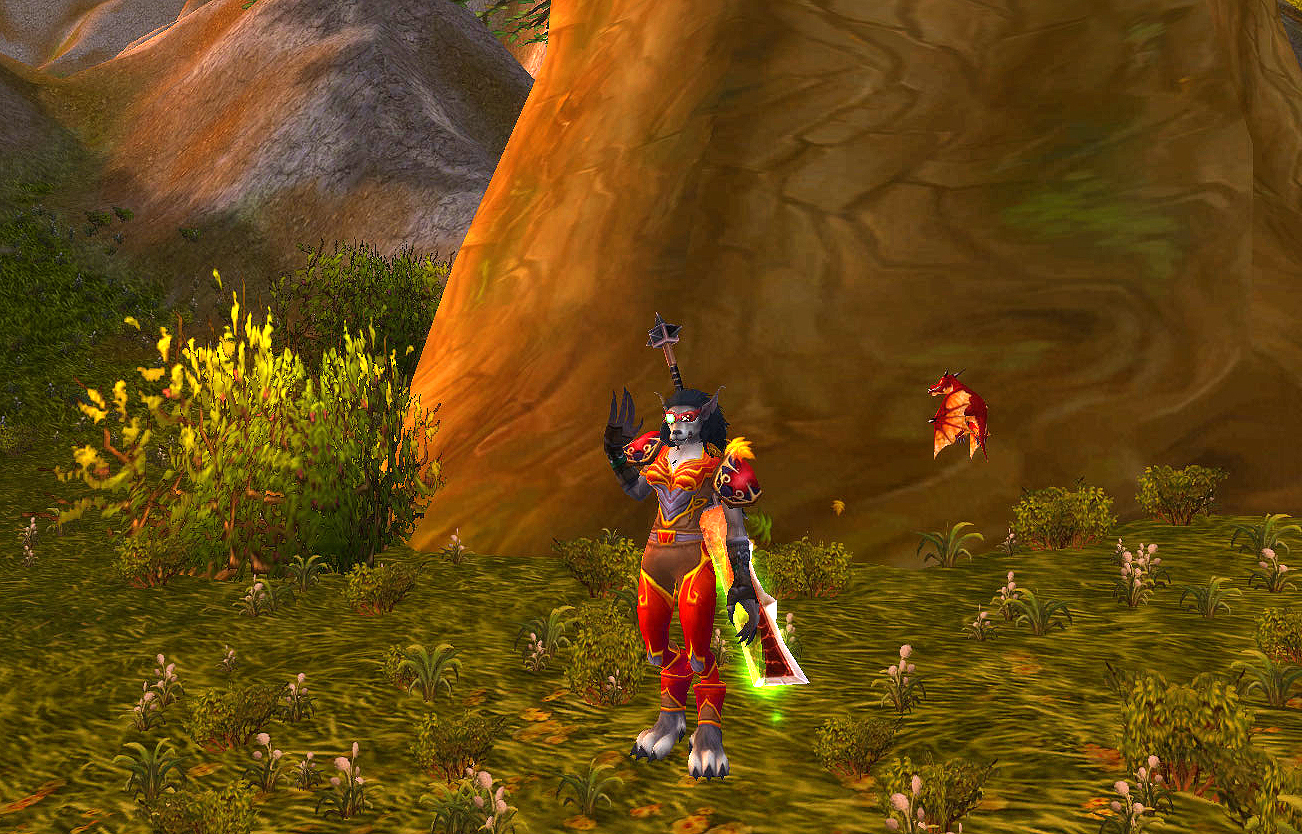