As with most my guides, this is intended for tanks because that’s the role I filled. I hope there are helpful things for other roles, but I am not an expert in those roles. I expect you to know the basic mechanics of the fight before diving into this guide. There are many solutions to complex boss fights like these, and the way we did it is not the only right way.

Differences between Normal and Heroic 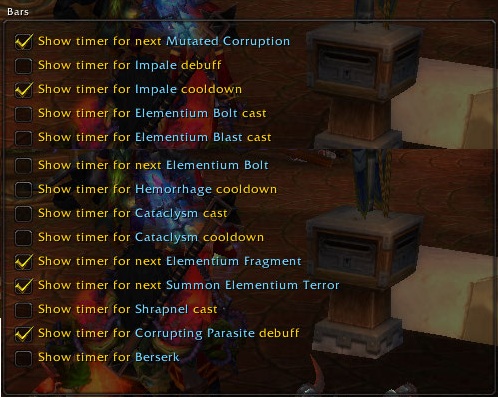 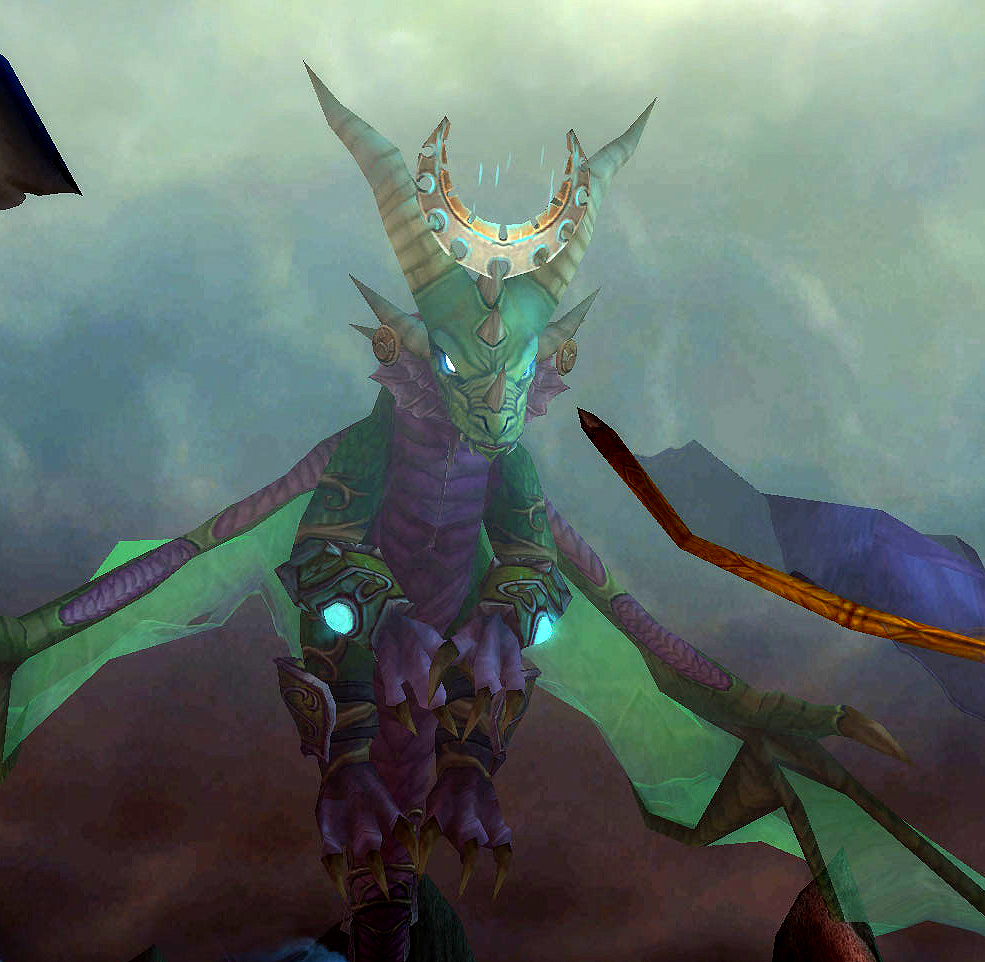 You start out with a few seconds of dps on Deathwing’s Arm Tentacle. Soon a Mutated Corruption will spawn; try to save dps cooldowns for that. This goes for all platforms, because a third Impale almost always means a wipe and you want to avoid that. I know it’s tempting to use all your cooldowns during Cataclysm, but you should be able to beat Cataclysm without cooldowns, whereas killing the Mutated Corruption before the third Impale can be difficult.

The first tank should be at the back ready to pick up the Mutated Corruption well ahead of time. Everyone needs to be spread out radially so that Crush hits no more than one person. If you’re in melee range, you can actually be standing right next to each other without multiple people getting hit.

Look at how the melee are spread out. There is also a shaman healer standing in-line with the tank, though sometimes this is unavoidable when making room for the Parasite.

Tanks cannot be Corrupting Parasite targets unless you’re in cat form. If you do get Corrupting Parasite, immediately run to the yellow time bubble (Time Zone) and make sure no one is standing within 10 yards of you. The yellow time bubble will reduce the time it takes for the Parasite to explode once it falls off of its host. Sometimes the Time Zone will not be available yet (this often happens on the first platform), but you should still bring it to the correct area to avoid confusion. You can bubble or Cloak of Shadows the debuff off early, though be sure the rest of your raid is warned you’re doing so. For the first three platforms, we only assign 2 ranged damage dealers to wear the first Parasite down. 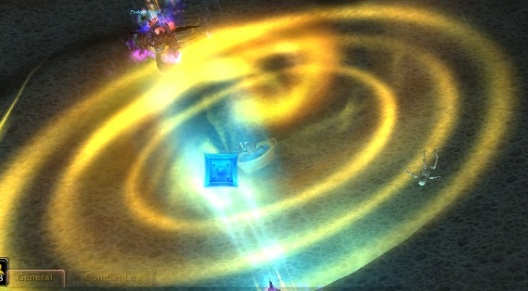 Here are the cooldowns we used for Impale on the first platform. When using Dream, remember that it only has a 5 second duration, so you should not use it too early. You also must taunt before the actual Impale cast; once the cast starts the Corruption will Impale its current target and nothing will change that (unless the current target runs out of range, but that’s not part of this strategy).

During the second Impale,
Hemorrhage adds will spawn, which we had the second tank pick up (the Corruption needs to be taunted by Tank 1 after the Impale). They don’t do much melee damage, so it’s okay if they attack a healer for a few seconds. The real dangerous damage they do comes from the stacking debuff, Degenerative Bite. While it’s true that tanking them in the Time Zone reduced their damage output, we decided to tank them where Tank 2 normally stands and leave the Time Zone available for the parasite target (that is, until it’s time to move them).

Dps should ignore the Hemorrhage adds until the Corruption is dead and the Corrupting Parasite has spawned. Then the tank should quickly drag the blood over the Parasite and everyone should AoE. Use Dream liberally while tanking these things. If possible, tank them between the Parasite and Deathwing’s tentacle, so that Spellweaving has a chance to chain off of everything. 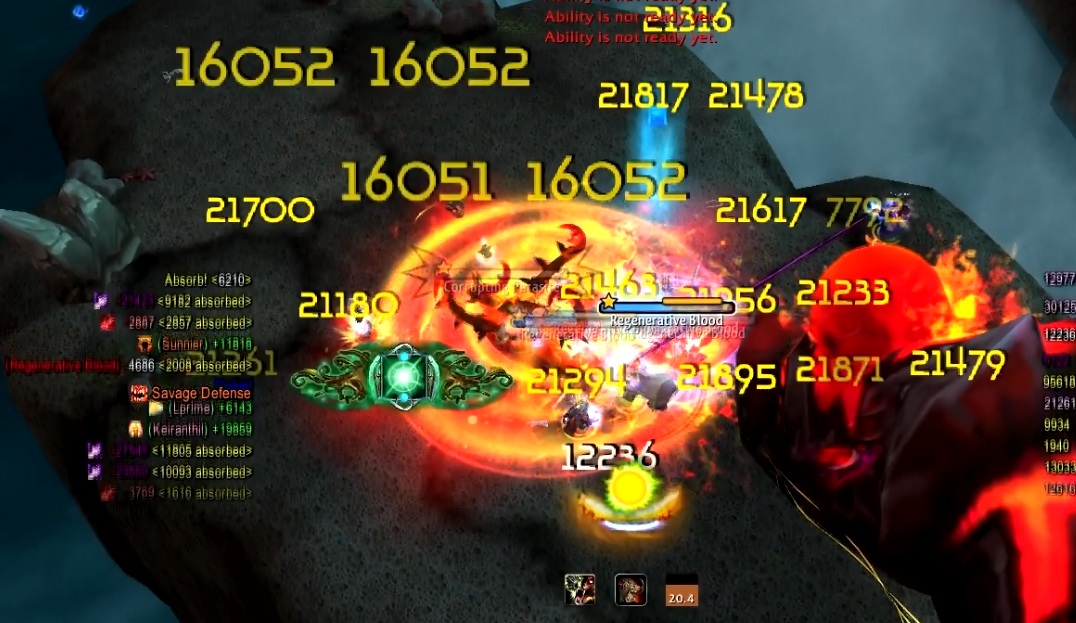 Don’t forget that damage dealers need to take down the Elementium Bolt before it hits the ground. 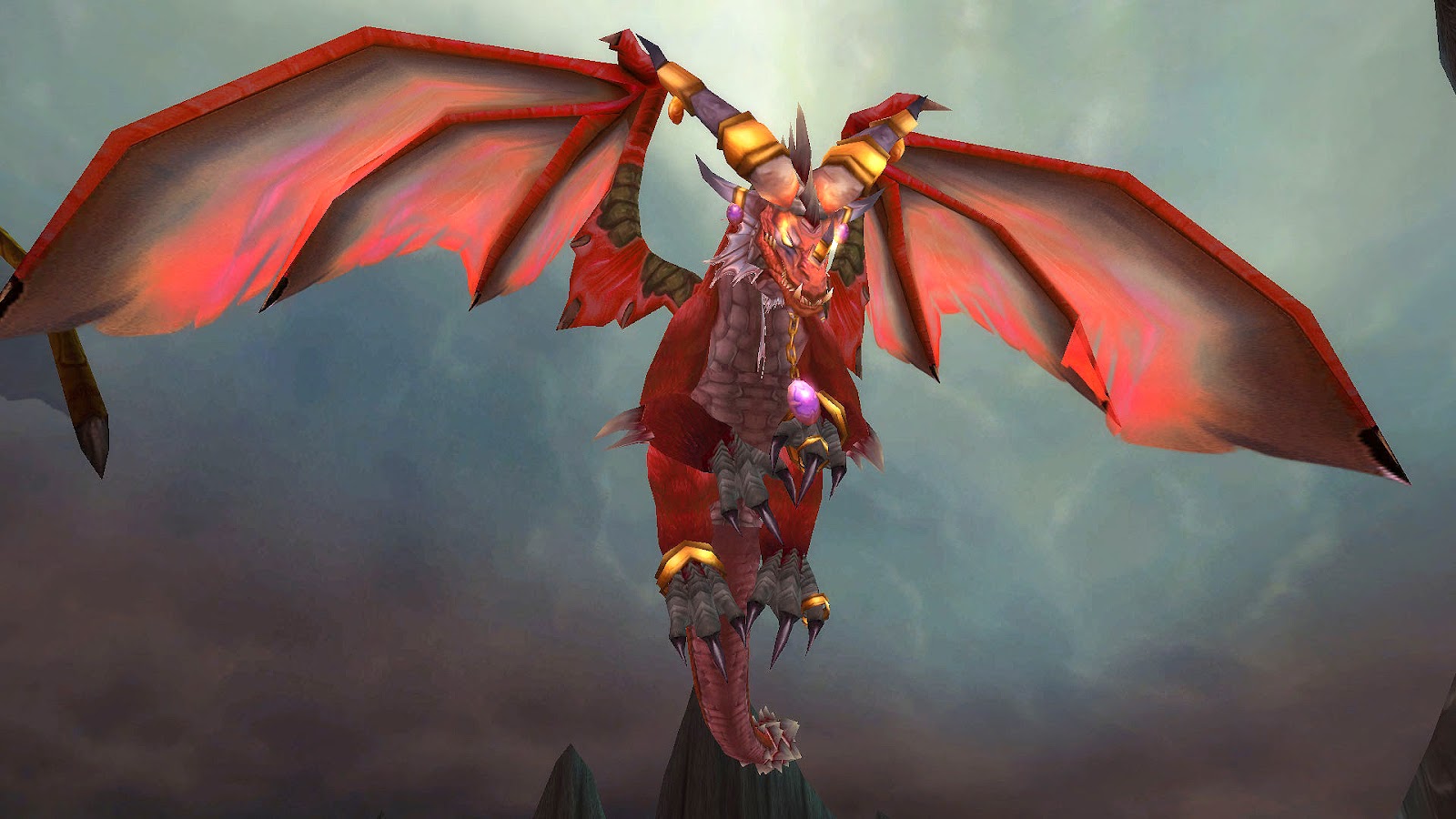 This platform is much the same as the last, except the healers do less healing and you no longer have access to Dream. Tanks are limited by their personal 3 minute cooldowns, which means that if you clear this platform in less than 3 minutes, you will have to be creative with cooldown usage. Otherwise, the tanks won’t survive the Impales on the third platform. Tanks will also need to use their big cooldowns 5-6 seconds before the actual Impale cast so that they will be available as soon as possible later.

Here is how we managed cooldowns. 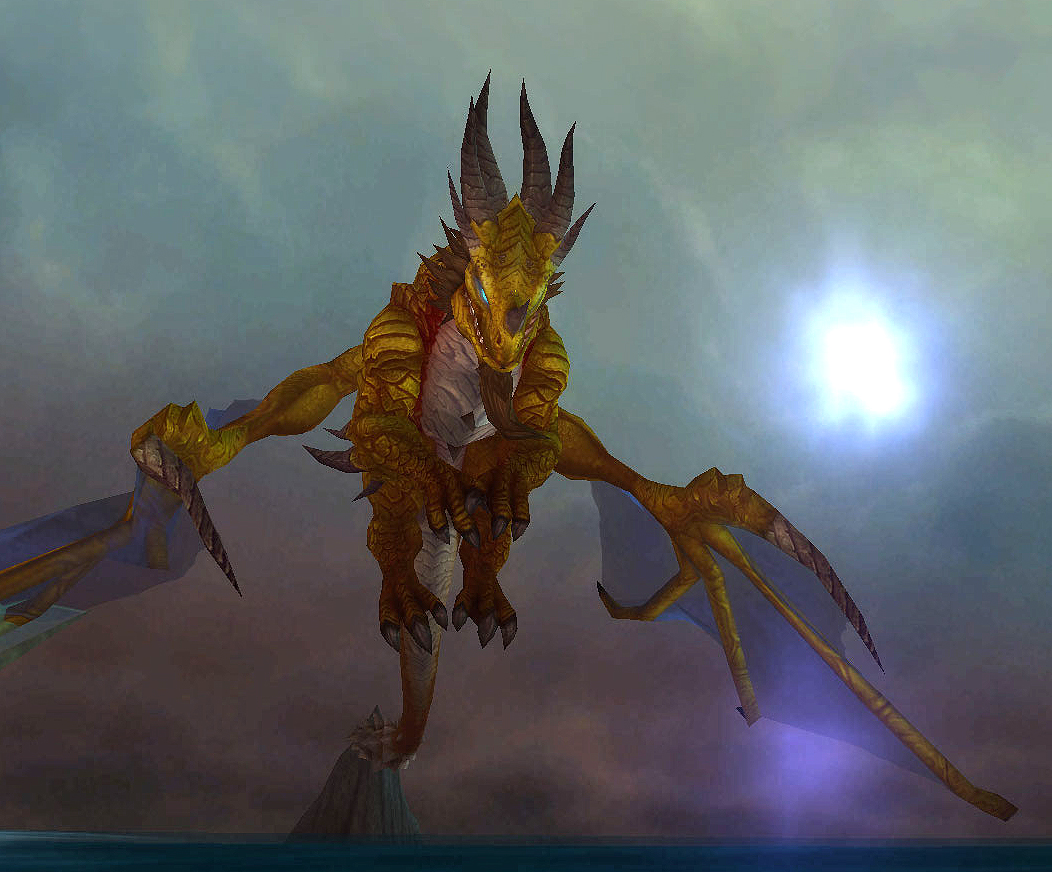 Now that you’re on the bronze platform, you no longer have Alextraza’s help killing Blistering Tentacles, and you’ll have to do it yourself. This slows down dps, but you should still be able to beat the Cataclysm timer. Once the Blistering Tentacles do spawn, they need to be killed quickly before the damage they deal becomes unhealable. They must be single-targeted down.

The tanks have now swapped positions. Tank 2 should be ready to pick up the Corruption once it spawns, and they should tank it until after the first Impale, then go back to dpsing. Tank 2 should still pick up Regenerative Blood once they spawn. With the Blistering Tentacles, hopefully your dps will slow down enough that your 3 minute cooldowns will have time to come up before the next platform. 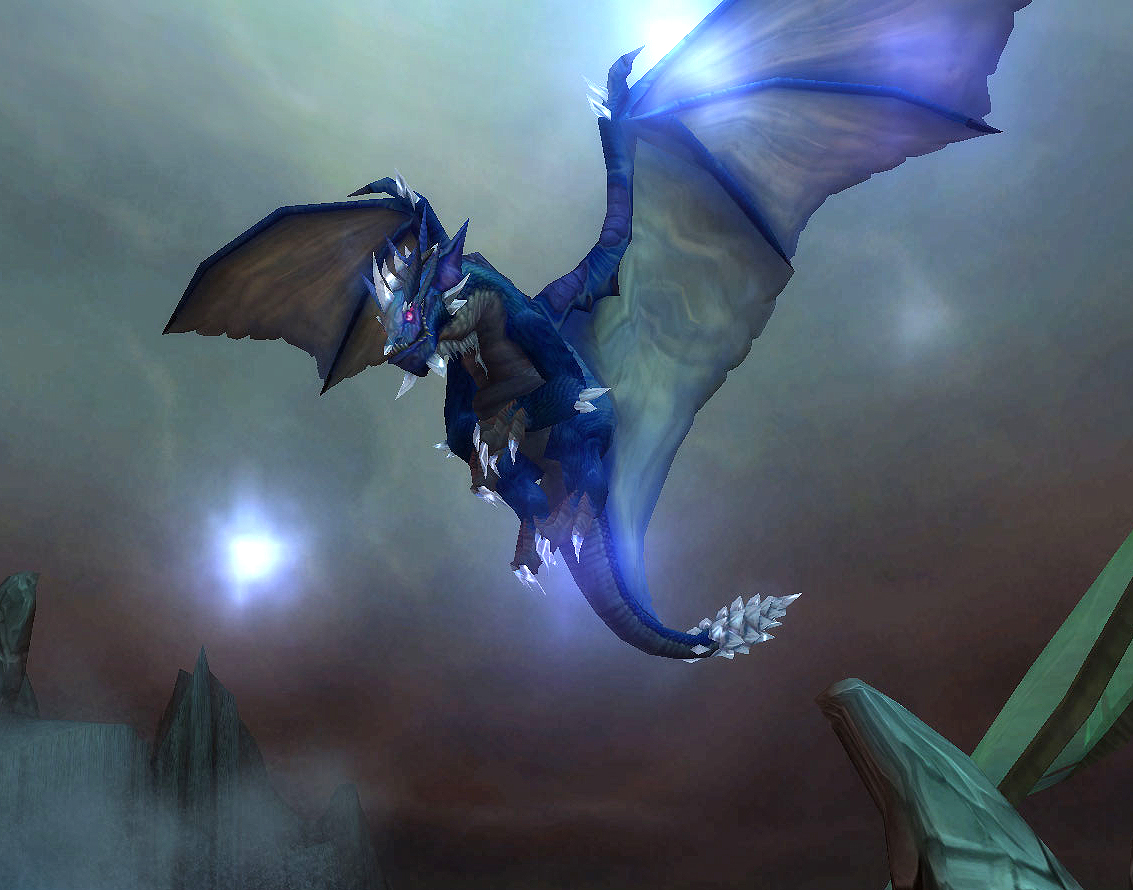 The big difference on this platform is that you won’t be able to kill the Elementium Bolt before it crashes. If you have a damage reduction cooldown or an immunity, you should use it (except for tanks). If you don’t have either of those or if it’s just a weak cooldown, stay far away from the impact site. Raid cooldowns like Divine Guardian should be used at this point. Then it needs to be burned down quickly.

The Corruption always spawns on the same side of this platform (the right side, if you’re facing Deathwing). Tanks should use the same cooldowns as last time.

Dps is very tight on this platform, and because you don’t have Time Zone anymore you have to find another place for the Parasite. We always try to drop them next to the Corruption so that everyone can easily cleave and get more Spellweaving procs. We also have all dps kill them on this platform. 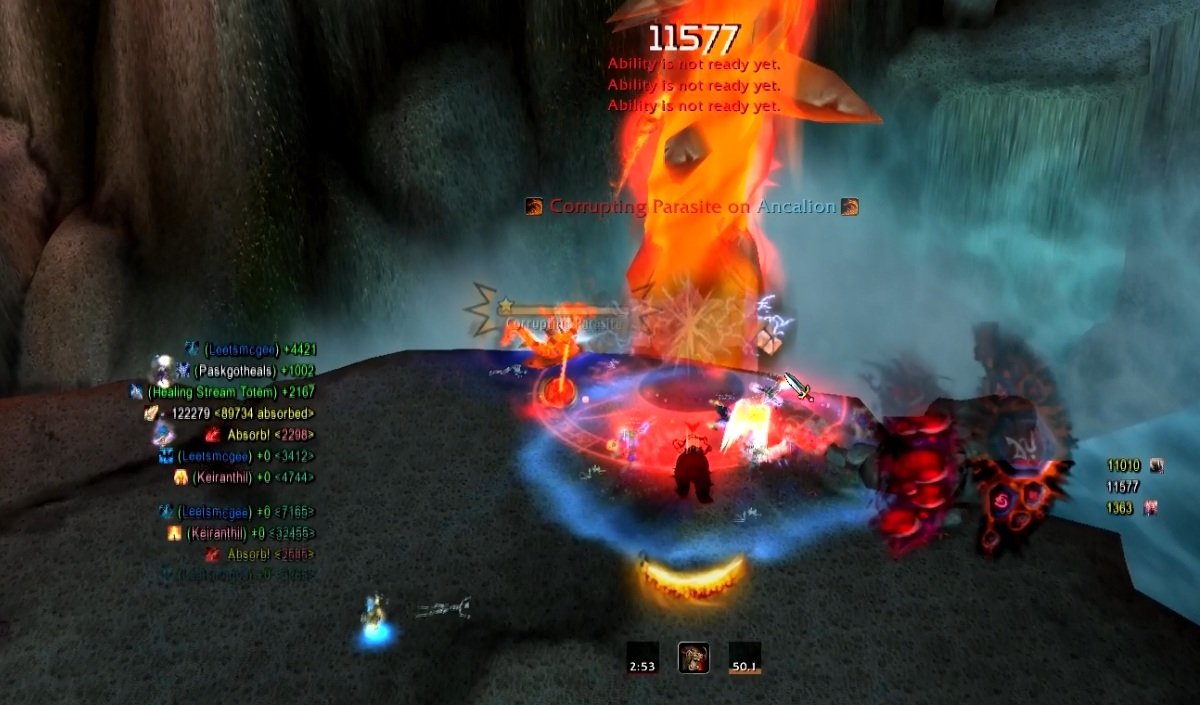 Be careful not to stand too close to the parasite while it is exploding.

If you have enough dps, you’ll down the corruption and parasite in time, then move on to Deathwing’s tentacle. It will probably be a close call on the Cataclysm, but if you make it you’re on to phase 2.

There are many successful ways to get through this phase, but all of them require exact timing, high dps coupled with tight dps control, and intense healing.

The primary thing tanks have to worry about is picking up Elementium Terrors. They apply a dangerous stacking debuff, Tetanus. You should tank the Terrors inside the Time Zone (they attack slower and have fewer chances to apply Tetanus), and use cooldowns (remember, you have Dream back!) whenever you have three or more stacks. 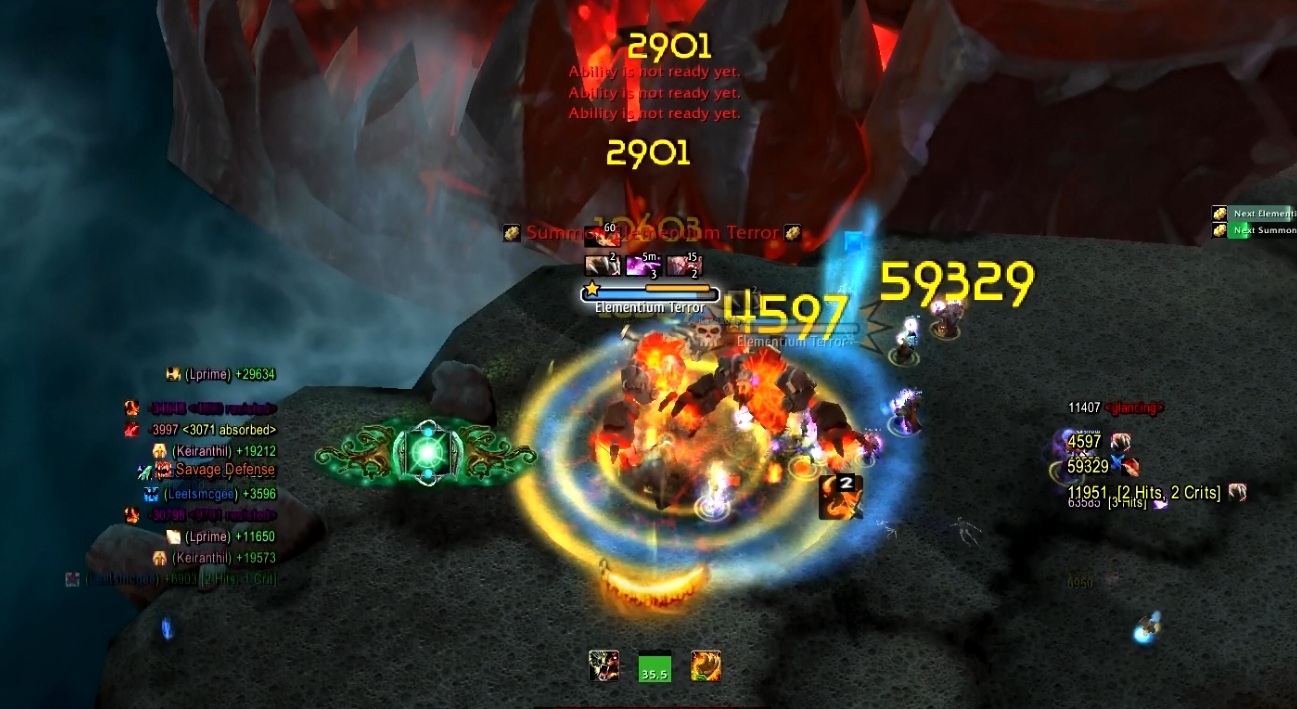 However, before the Terrors even spawn, you have to deal with Elementium Fragments. They should be swapped to as soon as they appear. If you are the target of Shrapnel, you’ll need to use a big cooldown to survive (preferably Dream). Hand of Protection will protect its target from Shrapnel damage, too, so if you have a lot of paladins you should set up a rotation of sorts. The Fragments need to die before they have a chance to cast a second set of Shrapnel.

Back to the Terrors, we have our dps burn them down quickly before the tanks and healers become overwhelmed by their damage. Many guilds do something different — they wait on the terrors and AoE them down once the Congealing Blood spawns. You can reasonably do whichever fits your guild best.

We mark one Terror with a skull and that one is supposed to die first. If, as a tank, your add is the first to die, you can taunt the other add when your Tetanus stacks have fallen off to keep the second tank’s stacks from getting too high. The debuff itself has a short, 6 second duration, but it ticks for huge amounts of shadow damage (not physical like the dungeon journal says). Death Knights can remove stacks with Anti-Magic Shell, and Paladins can bubble the debuff off.

At 15%, 10%, and 5% Deathwing will spawn Congealing Blood. There’s also increased damage that accompanies them, so use Dream if its available. They need to be AoE’d down really, really quickly, as well as snared. They will spawn in one of three locations at the opposite side of the platform; watch out for where they spawn so you’ll quickly be able to reach them. 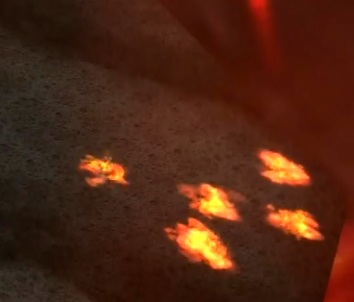 You will probably need to control your dps to avoid a Congealing Blood at the same time as
Elementium Fragment spawn. Unless you’re really lucky and they all spawn in the same place (and thus can be AoE’d down), you’ll have problems with multiple Shrapnel casts.

You should get two spawns of Fragments, two spawns of Terrors, and three spawns of Blood before Deathwing dies. You might get a third Fragment spawn, but at that point you’ll be close to the enrage timer and they should be ignored.

Deathwing actually dies somewhere around 1.5%, so once you get the Congealing Blood at 5% it’s time to ignore everything else (unless Terrors spawn, they still need to be tanked).

Good luck! If you have any questions, comments, or concerns, feel free to ask! 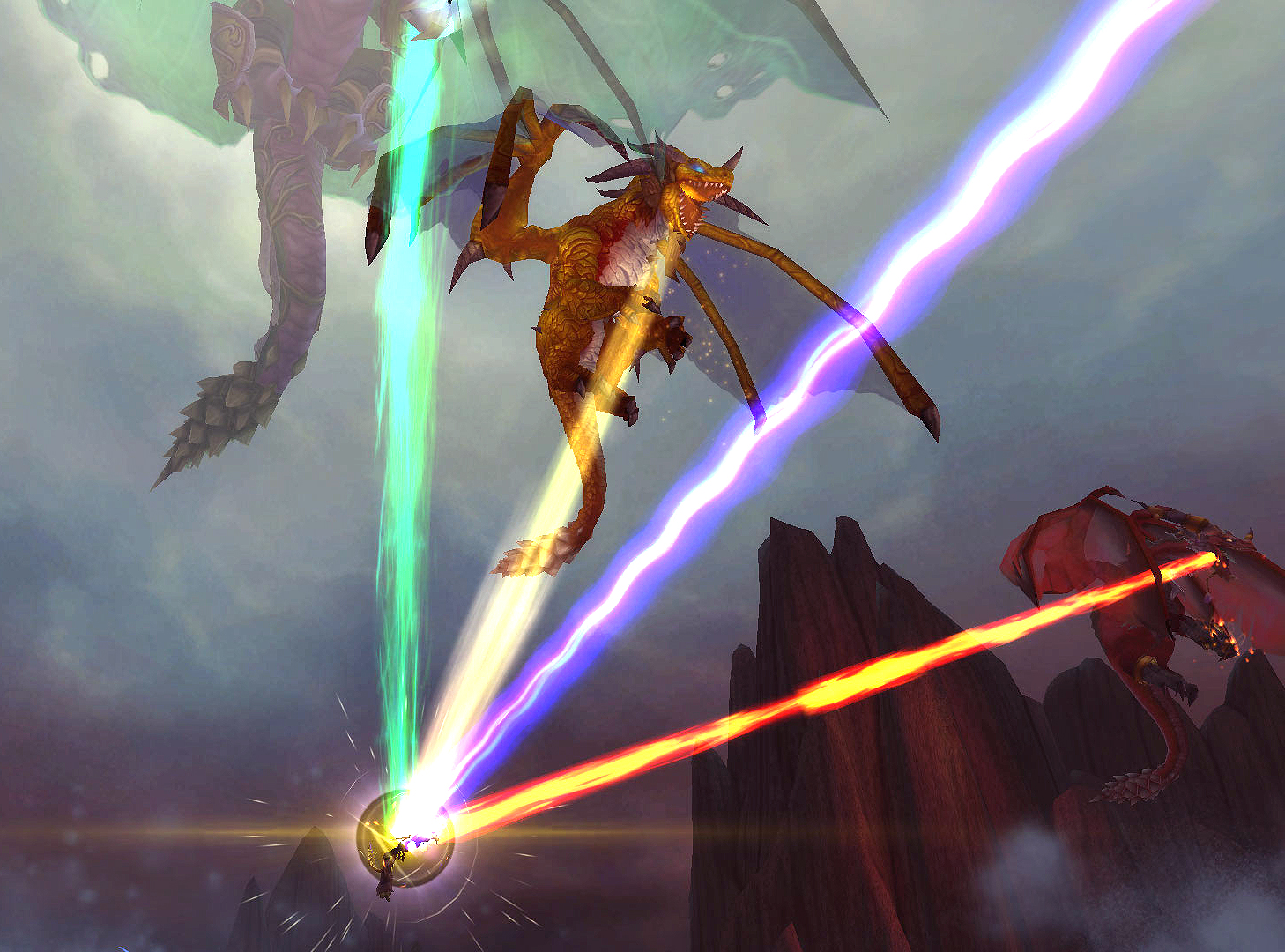