I was planning on getting more testing in before posting this, but the beta was pretty much MIA yesterday. I did do a dungeon run the day before, but I’m still far from good at this class. Brewmasters play much more chaotically then before, but with a few changes they will be playable.

Monks went through a lot of changes since my last post. Guard is on a much longer cooldown (30 sec), Shuffle has no cooldown, and Purifying Brew has a much shorter cooldown (6 sec). Brewmasters got a couple of cool new abilities: Keg Smash, Clashing Ox Charge, and the talent Dampen Harm. Dizzying Haze generates a large amount of threat and monks finally have increased health while in their tanking stance (still no increased armor).

For reference, here’s an updated categorized list of the brewmaster rotational skills:

Brewmasters generate chi MUCH faster with the addition of Keg Smash. It costs the same as Jab (40 energy), but gives you 2 chi. It hits much harder than Jab too, so this is a brewmaster’s go-to resource-generating ability to hit on cooldown. It’s also a cleave and a decent defensive tool since it makes your enemies’ next attacks miss. It’s pretty fantastic.

You’ll still be using Jab while Keg Smash is on cooldown because otherwise you’re losing energy.

Most people agree the current base rotation is Keg Smash > Jab > Shuffle > Purifying Brew. You can also choose to spend Chi on your medium cooldowns like Guard and Elusive Brew, or offensive abilities like AoE moves or Tiger Palm. 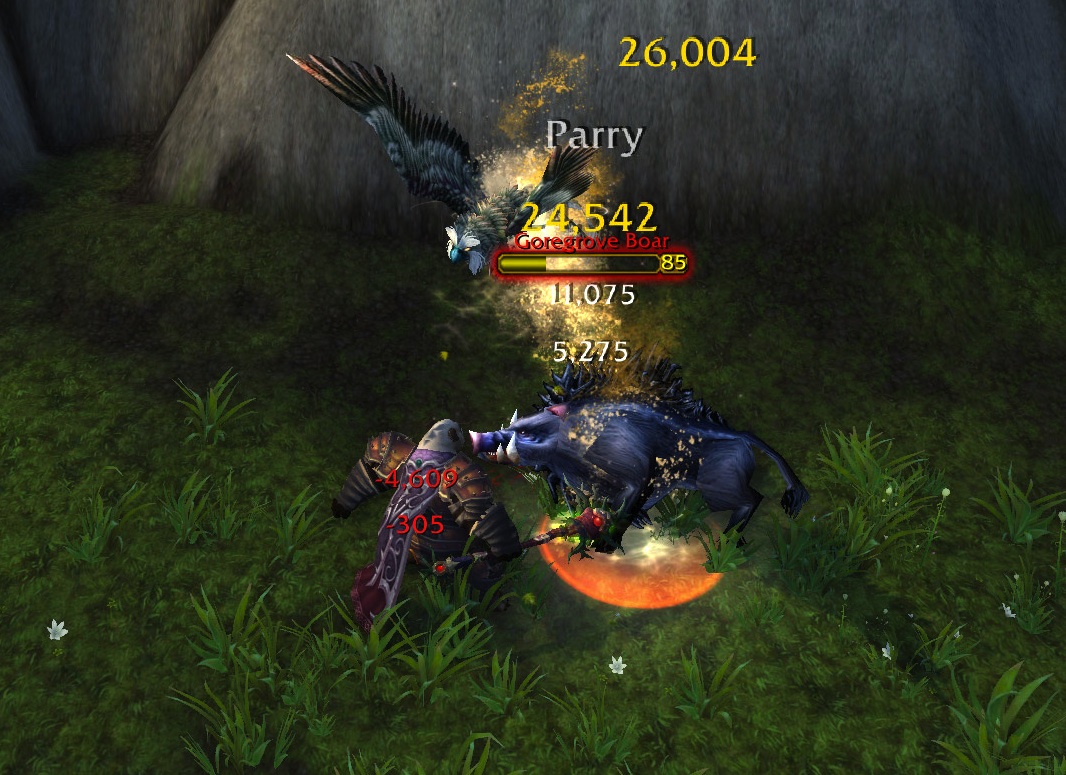 The default defensive ability is no longer Guard. Instead, they apparently want brewmasters to use Shuffle with Purifying Brew. The two abilities have nice synergy, but Shuffle is a strange beast. You have to channel during the 6 second effect. That’s 6 seconds of doing nothing but watch your character stand in place. You’re rooted and you risk bleeding energy.

Shuffle feels way too long for a relatively small effect. Six seconds doing nothing is an eternity. It might be entirely wasted if you dodge/parry twice in a row (not to mention the potential staggers that would have happened naturally). Most short term defenses have a chance of not working at all, but at least you didn’t lose out on a chance to generate threat or prepare resources for your next defensive skill. It’s also awkward because it’s not easy keeping tabs on how much shuffle damage you have ticking so that you can properly use Purifying Brew. Right now I just use it immediately after a shuffle and randomly at other times. 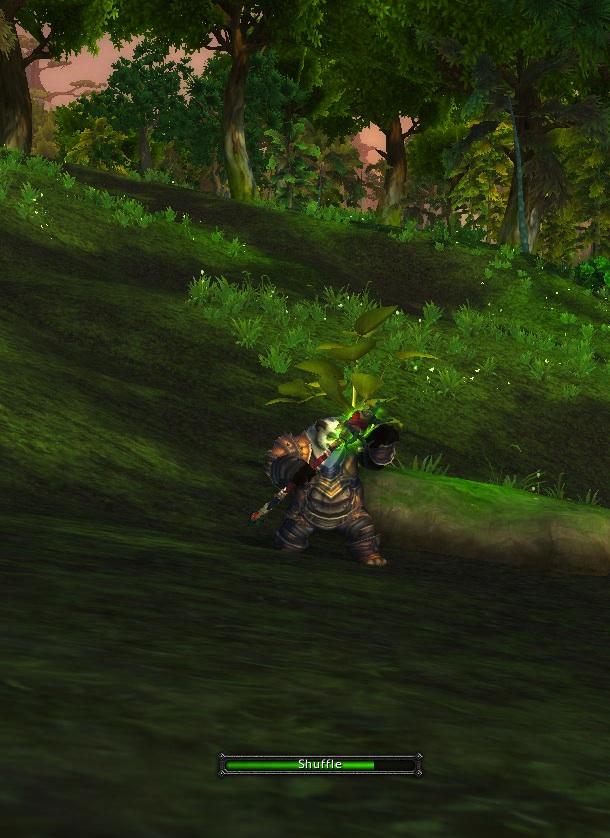 With the addition of Purifying Brew, you can remove your stagger effects almost all the time. This nearly invalidates the current brewmaster mastery, which reduces the stagger after-effect damage. With Guard on a much longer cooldown, there’s suddenly no reason to stack mastery.

The general consensus is that Shuffle is not so much fun. Luckily, Blizzard knows this.

Shuffle — We’re considering a test of removing the channel aspect of Shuffle. We think a channel mitigation ability is cool and different from other tanks, but it’s problematic if Shuffle’s short cooldown results in you spending all your time channeling it. That said, we might change our minds and make Shuffle a longer cooldown again.

Mastery — We’re thinking about changing mastery to reduce the initial damage taken rather than the stagger periodic (again, if we keep the current design).

Personally, I liked Shuffle much more as a longer cooldown. I can stand there doing nothing for 6 if it’s a rare occurrence, but not if I have to do it all the time. We also know that the tech is there to allow the use of certain spells during a channel (mistweaver monks do this), so I might be happier with Shuffle if I could Jab while channeling it to burn energy and generate chi.

Clashing Ox Charge is basically a combination of Death Grip and Charge. Similar to Death Grip, it won’t work on bosses, but will initiate the encounter if you attempt to use it. I wish that if it didn’t work, I would at least still charge to the boss. It’s a bit disorienting when you’re expecting yourself to launch forward but it doesn’t happen (but the boss comes running at you anyway). Then again, that’s what roll is for.

Dampen Harm is a very strong defensive talent that seems a non-choice for tanks. It guarantees that the next three attacks that deal a significant amount of damage will be cut in half. It’s on a 30 second cooldown and costs only 1 chi. It’s pretty overpowered for high damage situations, though I rarely got hit hard enough in 5 mans to use it.

I wonder if the brewmaster’s specialty will be medium, less than 1 minute but more than 20 second cooldowns. So far we have Guard, Dampen Harm, and Elusive Brew. 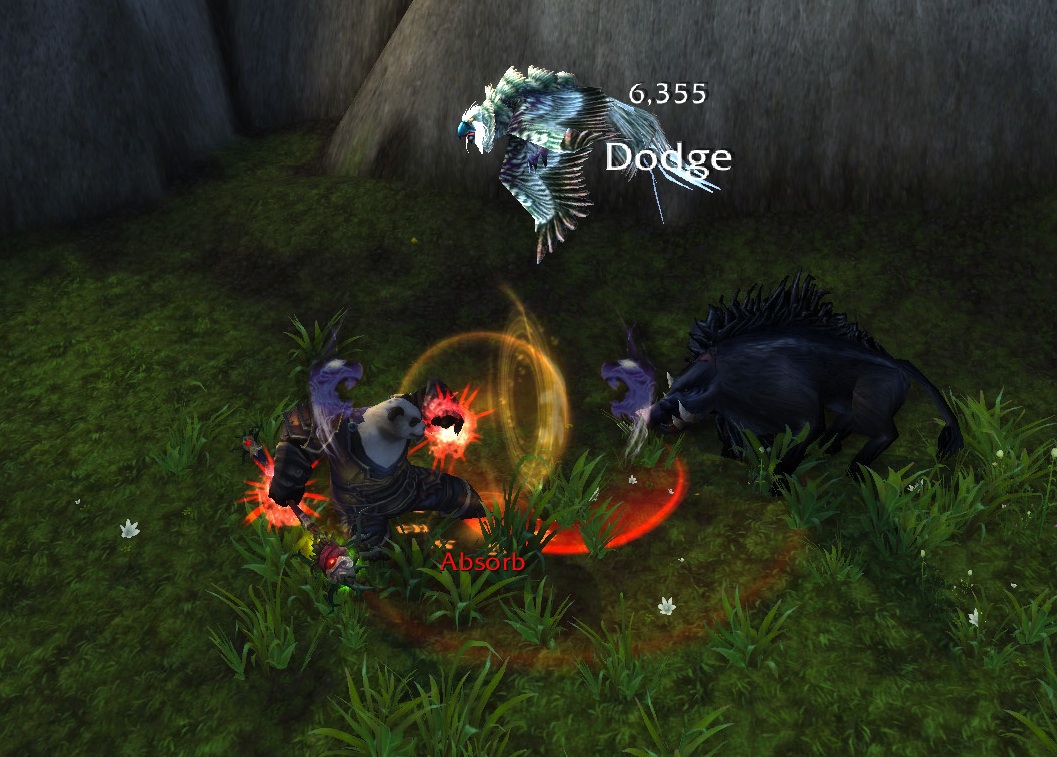 Fortifying Brew is better now that it heals after the fact, but it still requires even new players to cancel it should their health drop too low, which is awkward. I imagine many stressful situations in the future where a new brewmaster needs a panic button so they hit their only option, Fortifying Brew, only to die because the healer couldn’t heal them for 20 seconds.

One thing that still concerns me is the lack of any large cooldowns that don’t have a heavy cost. All of your cooldowns cost chi or have nasty side effects like preventing healing done, so if you mess up your chi generation and shit hits the fan, you’re totally screwed. It’s very unforgiving. There’s also no cooldown that keeps you alive long enough for healers to recover (akin to the old frenzied regen, last stand, vampiric embrace, etc). Not entirely necessary, but it helps keep you alive. In the same vein, a brewmaster’s only reactive defense is Expel Harm. Everything else requires you to know about upcoming burst beforehand. Guard can be used reactively, but it’s high 2 chi cost requires set up.

That said, Dampen Harm is basically shield wall with a shorter duration and a much shorter cooldown, which could definitely keep us in the overpowered cooldown department.

If you’d rather spec into Healing Elixirs, you can heal yourself for 10% of your health whenever you chug a monk drink. So you could get a small reactive heal when you use Elusive Brew or Purifying Brew. It’s not very strong, especially when compared with Dampen Harm, but it’s an option.

I like the feel of Dizzying Haze now that it has AoE threat. I’m still not very good at managing AoE threat without TidyPlates, but Dizzying Haze fills that role well. It’s fun to toss it around everywhere.

I still haven’t found any good uses for Breath of Fire. Between Dizzying Haze, Keg Smash, and Flying Crane Kick, I don’t see a niche for it. It’s too expensive, doesn’t hit for a whole lot considering the set up time and it’s worthless on bosses because Dizzying Haze doesn’t always work. 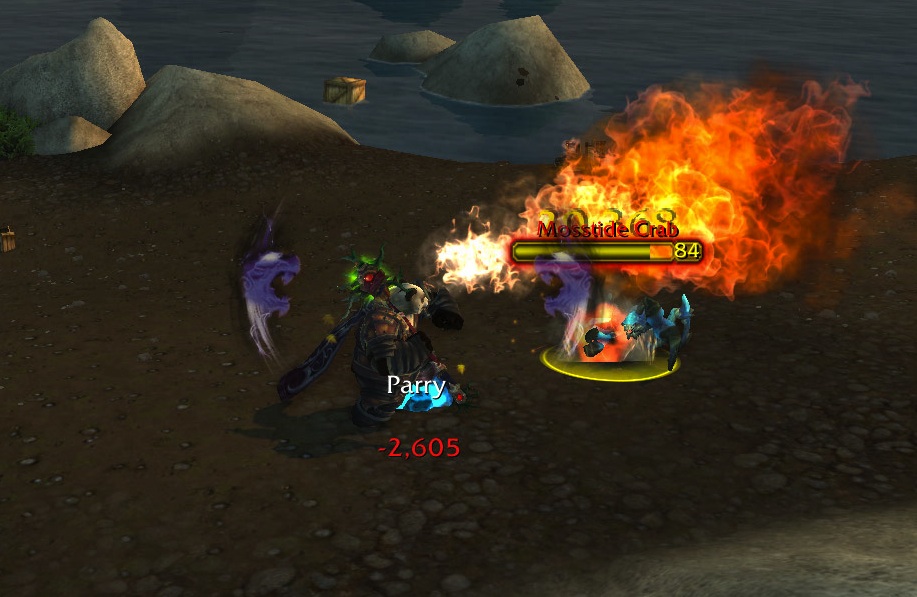 Some players suggest removing Flying Crane Kick from the brewmaster kit and modifying Breath of Fire to fulfill the AoE damage role. I really like the spell effect for Flying Crane Kick, but brewmasters have too many overlapping AoE skills at the moment.

Still no change for the Ox Statue. You can use it every 18 seconds if you want to spread it out. It’s free with no real cooldown, and provides tons of mitigation if only the brewmaster uses it. It’s one of the brewmaster’s best defensive abilities, tied to clicking something in the field that anyone can use. It’s awkward and broken. Ideally, I would like it to be unusable by the brewmaster and be simply a cool raid utility. 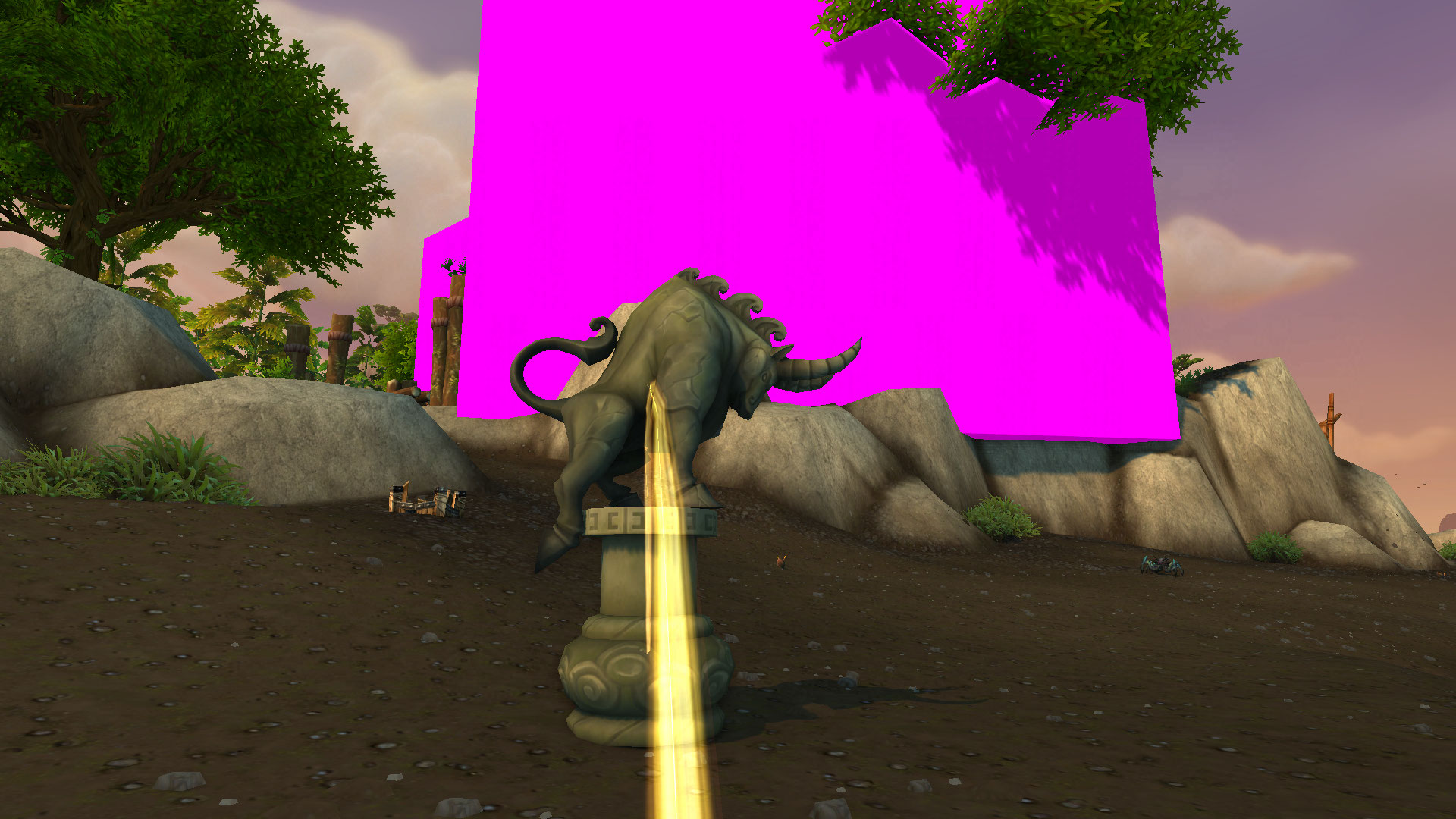 There’s till no tank scaling from crit, a stat that’s extremely common on leather. Many people report being bored by the procs (small proc on the kick, and it’s just damage). They could kill two birds with one stone and make a defensive proc dependent on crit. Maybe if on crit we could reduce the cd on guard or something. A couple people are also suggesting that instead of proccing a free blackout kick on parry, we could proc a free tiger palm, which actually improves our defense by increasing the effect of our next guard.

Overall, brewmasters are already much more fleshed out than they were last week. There’s lots to do in the rotation, though shuffle could use some love, and they have a major damage ability tightly linked to defense (Keg Smash). I wish brewmasters had one true free cooldown like shield wall to make it a more forgivable tank, and I’d like to see some restrictions on the Ox Statue.