I have a posse of stuffed animals in my living room because I have not completely given up on that aspect of my childhood. I’ve gathered them together just because I like them and they’re cuddly. I try not to keep to many out there or else I might seem like a crazy person. 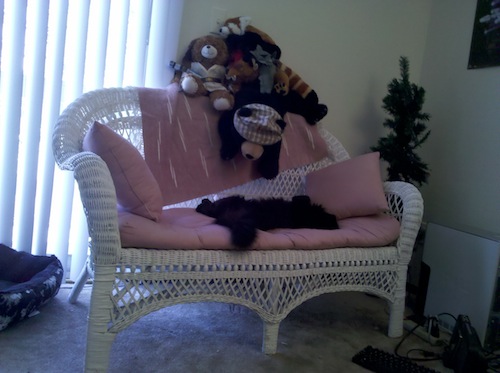 One of these is my cat

The other day my boyfriend pointed out that each one could represent my main MMO characters, past and future. I didn’t really design the posse to be that way (except for one), but it actually works. 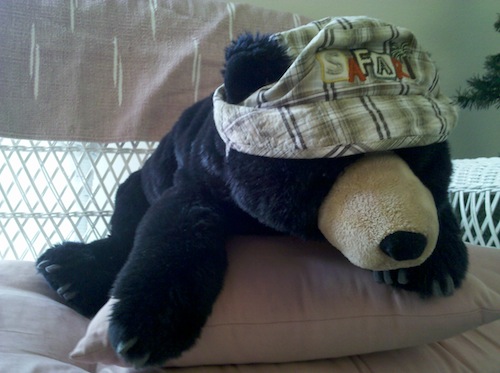 This is a big black bear wearing a toddler’s hat with ear holes cut out. The hat says “Safari”, which was the name of my original tauren druid. This stuffed animal mostly represents that character, though I’m often a black bear on my worgen druid so I will lump them together. I bought this bear at Yosemite and its hat from the humane society thrift store next to my house. 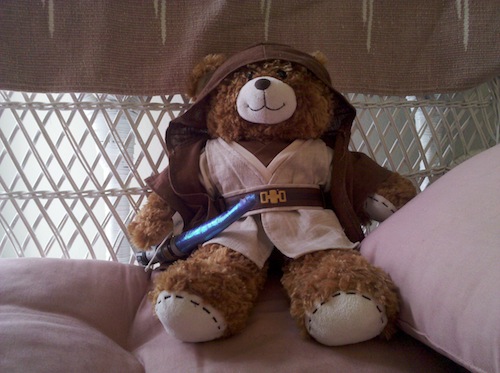 I only played Star Wars: The Old Republic for a few months, and this bear was given to me a year before the game was released, but I think they fit. My bear wears cloth armor and wields a single light saber, which is just like the jedi consular I played. Unfortunately it does not throw rocks. The first time I saw this plushie at PAX, I was in love. I tried so hard to find a place to buy it. Eventually it showed up online, but sold out too quickly for me to buy it and it never seemed to go on sale again. I gave up on checking it, but my boyfriend kept trying and eventually found one for me. Guild Wars 2 isn’t out yet, but I’m super excited for it and plan on playing a Charr, just like this one. Except my charr will be a girl and not a guy. 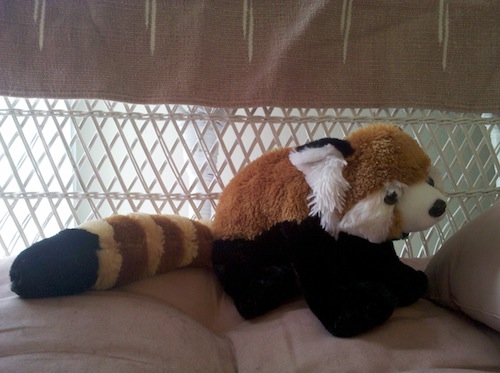 And finally, since I’m probably rerolling Pandaren Monk in Mists of Pandaria, this is my red panda with a long, beautiful tail. She is very soft and cute.