Monks will be a difficult transmog target. Not only do they lack all the fancy tiers that other classes enjoy, but pandaren, with their adorably large, round stomachs, awkwardly stretch some textures out in ways that aren’t exactly expected. 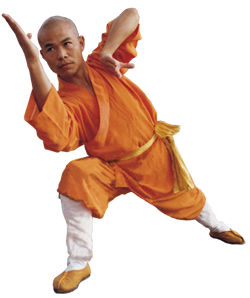 I watched a few kung fu movies so now I’m an expert on monk clothes. They wore white or red/orange robes, and no shoulderpads or helmets. Google tells me that monks of European origin sometimes wear hoods, but those guys aren’t famous for martial arts. 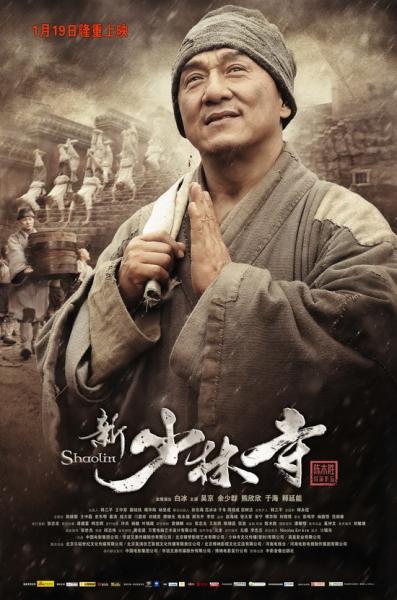 If I were in charge of designing monk tier sets, I would create a set that had a knee-length robe. I’d use bright red or orange colors, but otherwise keep it simple. Gloves would be armwraps; helm would be an ugly beanie looking thing because that’s what I see in the movies. 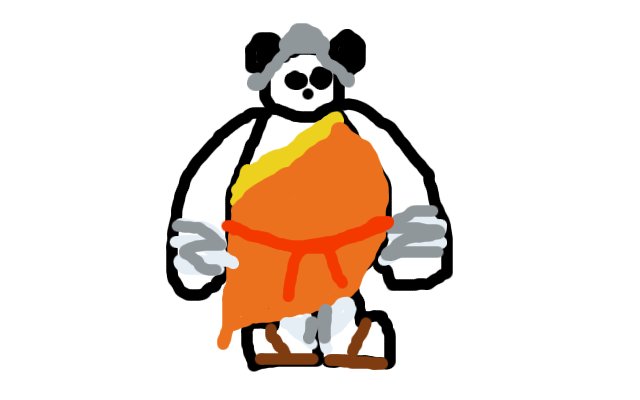 Sadly, that’s not gonna happen because this is World of Warcraft we’re talking about — the world with many flavors of aliens, werewolves, minotaurs, and panda men. 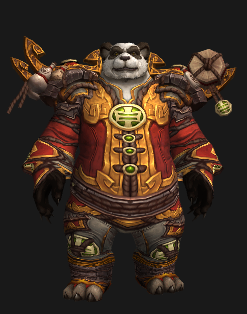 I went through the Wowhead transmog listing to find cool outfits that can be equipped by monks and look good on pandaren. Here are my favorites, plus a few additions to make a complete set. Please note that helms currently aren’t loading on Wowhead’s Pandaren viewer, so all these sets lack headpieces. 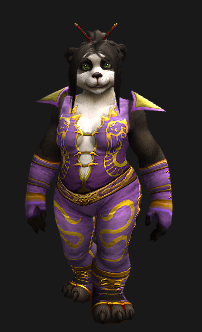 This seems like the most monk-like set I can find, with those golden serpents and handwraps. Happily, it’s also purple. She also looks like Mileena from Mortal Combat except without the teeth and excessive boobage (well, maybe a little excessive boobage).

Orange robes just like the monk in my picture! Though it’s slits in the side which I don’t think is very monk-like. 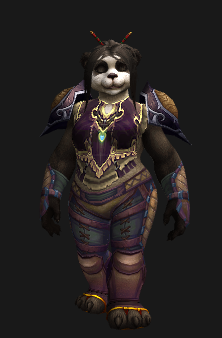 I just love the chest and the gloves. Much of this set is crafted through leatherworking, so you can prepare it beforehand if you want. 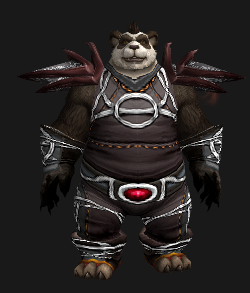 I know ninjas are different from monks in the real world, but you have to admit this fellow looks dashing in black.

Next time… the non-monk-flavored transmog sets for monks!