I’ve been working on a guide for brewmasters. It’s still very much a work in progress, but I guess you can check it out.

They’re starting to get their own distinct feel and they’re very fun so far, though not without their problems.

Brewmasters are fast paced and mobile. I hear from others that they feel squishy, but I haven’t personally been in a situation where I’ve died because I was taking too much damage. I have barely tested any other tanks on the beta so my point of comparison is likely way off. I’ve also been lucky with my pug healers.

Probably one of the best changes has been the added UI elements for Stagger. You now get three differently colored debuffs, depending on the damage ticking in a stagger dot.

I believe you also get a power aura when you have a heavy stagger (it only happened to me twice and I was so confused by it that I didn’t know what procced it at first, but I’m now pretty sure it was a heavy stagger).

Purifying Brew no longer has a cooldown (it’s not even on the GCD), and ideally you’re supposed to use it whenever you get a yellow or red stagger debuff. In most cases I had green so I just used it for giggles.

Your primary mitigation is Blackout Kick, which now provides the new and improved Shuffle. Shuffle increases your parry by 30%, and increases the amount of your stagger by 20%. This buff is probably a little too strong, because when it is down you take a huge amount of extra damage. Unlike most of the other tank’s active mitigation abilities, it can have 100% uptime, which doesn’t feel right. The mechanic itself — increasing your parry and stagger, is fun because it synergizes well with our mastery and Purifying Brew. 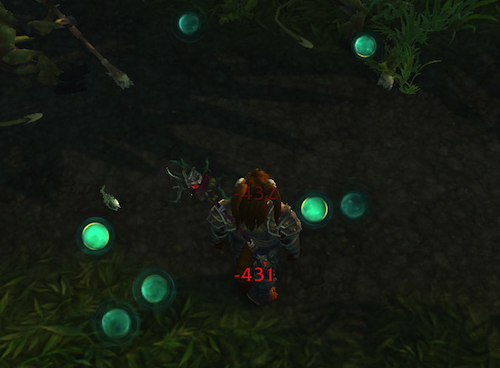 Gift of the Ox, a cool passive-but-active way to heal ourselves.

The thing that bothers me the most right now is Ox Statue. Ox Statue gives the monk way too much survival for free, as long as you tell your teammates that it’s off limits. I’d totally love this as raid utility for my teammates, but I don’t enjoy having to click on something in the playing field for basic mitigation. If brewmasters are designed to rely on it, then we need an easier way to activate it. Guild Wars 2 employs many interactive objects, but you can use “F” to use it if you don’t want to click; I wish WoW could do something similar.

There’s still no scaling from crit other than incidental heal scaling. I sort of doubt increasing the chance for our heals to crit will be very valuable to brewmasters, though it’s possible. I’m okay if it’s an undervalued stat, but I would like it to contribute to our defenses in some manner because it’s all over our gear. 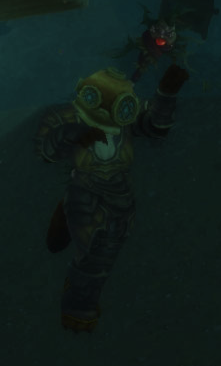 Brewmasters also lack any sort dynamic or random element to their rotation. Their lives are pretty hectic as is, but the good kind of randomness is fun and prevents being successful with cast sequence macros. Guardians have a dynamic rage generation system because of crit and the cooldown on Mangle has a chance to be reset, Death Knights have Runic Empowerment, etc. Brewmasters need some sort of proc that influences their defense in a similar fashion. 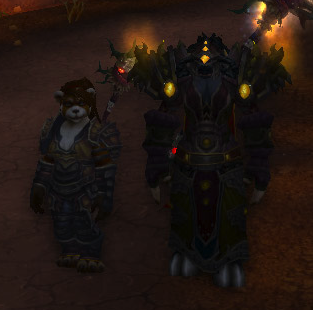 Finally, brewmasters provide no raid buffs except for 5% stats. It’s not a bug deal, and it may not be necessary given the amount of raid utility brewmasters provide, but every other tank provides more than a single, common buff except for monks. As a 10 man raider, buff coverage always concerns me.