The sole reason why I never played the original Guild Wars was the box covers. I was in high school and had one or two friends who played it, but when I saw that every single box cover, including their expansions, portrayed a busty female with very little clothing, I realized that this game was not marketed towards women and that I would not be welcome there.

That realization was probably not 100% correct, but it was enough to keep me from buying. Now that Guild Wars 2 is nearing its release, I’ve been giving the franchise another go. You probably all know by now that I love it, but the game still sends a couple mixed messages regarding women. 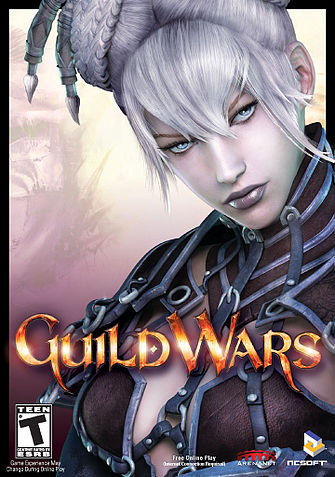 I’ll talk about the awesome stuff first. There are the convention-breaking physiques of non-human races, primarily female charr. They are definately not “sexy” in human terms (though I hope male char find them so), and lack the expected female human traits of boobs and curvy behinds. Asura, the gnome-like race, might have unconventional bodies as well, but I can’t really tell.

I love this little aspect, as I can distinctly remember when I rolled my first druid and being disappointed that my tauren wasn’t flat chested like a normal cow-person. ArenaNet has actually discussed this, and their reasoning is that as feline creatures, it doesn’t make sense that charr should wield the secondary sex characteristics of humans, and by compromising between two aesthetics (fierce vs. sexy, aka the female worgen problem) no one was going to be happy.

Finally, there was the matter of the chest. It really didn’t make any sense to have boobs on a charr female, particularly with all the effort we took to make her sleek and fierce. We thought they should have no breasts at all or at least hide them under some fluffy fur. Above all else, we needed to be true to the race, of course! There was still some debate, however, so I gave them a choice: either be subtle and downplay the breasts (it wasn’t a point of the race, anyway) or go full-on realistic. Yes, that’s right —none or six!!But really, the armor augmentation required for six boobs would be just as ridiculous, so none it was!

In addition, while playing through the charr starting zones, I was amazed to see that nearly half their population is actually female. I didn’t take a survey or anything, but it seemed like I was meeting far more feline ladies than I expected. For a fantasy race to actually have biologically normal populations is unheard of in a video game, especially when the ladies aren’t traditionally “sexy”. Maybe Guild Wars 2 and the MMO industry in general has learned to value both sexes as important parts of their fantasy world! 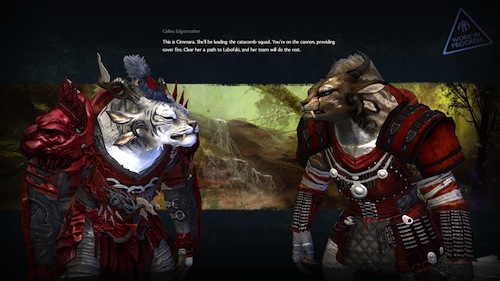 Seriously, they passed the Bechdel Test! (and neither of these fine ladies is my character, they’re both npcs)

And then I tried creating a norn woman.

What makes this even more tragic is that many of the sets have some very cool elements: interesting skirts, leggings, textures, but are nearly ruined by the attempt to maximize sexy.

Every single example norn, except for the engineer, was in a chain mail bikini. I know norn love to show flesh, and there are two or three example males who reveal their chests. I’m fine with a little bit of skin, but I want a choice. I also want my sexy outfits to be a little classy, like v-necks and corsets, but a boob window is not classy! I love some bare midriff, thigh, and shoulders, but when you have all of it at once it looks pretty tacky.

The Male Norn professions with bare chests. Obviously, the Mesmer is not showing extra skin, but he is just awesome so I had to include him.

Looking over the norn women just made me feel uncomfortable and a little cold (these guys live IN THE MOUNTAINS aren’t they freezing?!). I made an engineer since that was the only clothed option, but I only made it to level 2 before I logged out. This time I was too distracted by giant boobs (wow boobs are a theme with me). 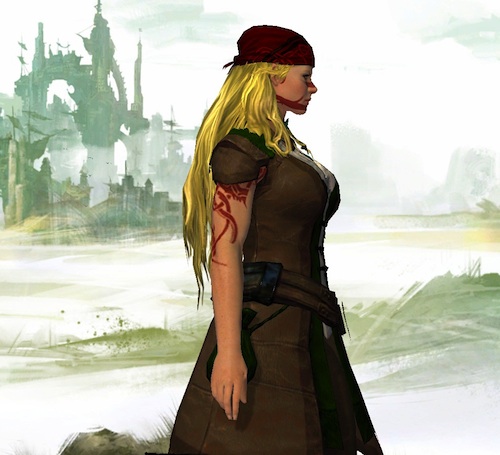 My Norn Engineer from the side

Guild Wars 2 has a totally awesome physique selector. You get to choose from around eight body types. For charr, I could choose from a wide range of skinny or super built or thick necked and I loved it. For norn, you can choose between skinny+buff or skinny+not buff. Oh, and giant boobs for every single body-type.

Again, I’m not against boobs. I love them. But I just want a choice that actually matches boob size to body type. Skinny girls with giant boobs looks so unnatural to me that I can’t handle playing the character. Or if you absolutely insist that all female norn are busty, can we at least get a body type to match? I would totally dig a pandaren-shaped viking warrior. (There’s also the matter of norn boobs being completely the wrong shape. They’re sacks of flesh hanging from our chests, not watermelons duct taped on to our torso. Will any MMO ever get this right?)

I checked out the character creation for regular humans to see if it was any different, and it was much better than the norn. Only half of the human ladies were in magical bikinis, and you can actually pick from a few skinny + flat chested physiques. Still not fat or “ugly” options, but a choice existed.

That said, the female characters, even the norn and humans ones, are actually interesting and not defined by their gender (as far as I can tell). The “main characters“, if you will, are a group of five npcs, three of which are female. The writing team has got it down. If only their treatment of gender could bleed into the norn character design and clothing design. 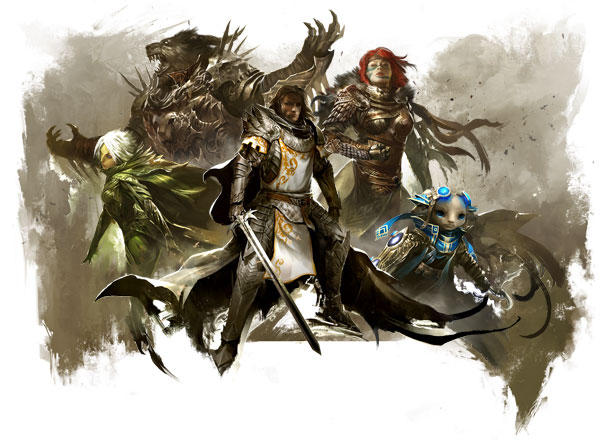 Guild Wars 2 is a surprising mix of old school character design and new. It is progress, though not as much as I had hoped. Honestly, if I had to choose between interesting portrayals of female characters in the story or having a wide array of body types and clothing, I’d pick the former (since we’re only just getting to the point where MMOs offer varying physiques). But if ArenaNet is listening, please give those of us who only sometimes want revealing outfits on a norn a way to cover up in those cold, cold mountains.

I think I’ve read about a system similar to transmogrification, so if you just provide a few sets that don’t have a boob window that’d be enough for me. And maybe a tall lady with amazing pecs instead of knockers.