Sunnier Note: This is a guest post from Manníx, a Brewmaster on Shadowsong-EU. It will be (hopefully) part of a continuing series on experimenting with secondary stats. If you would also would like to contribute to this blog as a guest, I would love to hear from you!

One of the hardest things when you begin Brewmaster tanking is working out which secondary stats are best. Part of the problem is that many people come from a history of DPS classes to try tanking perhaps for the first time and expect there to be a clear and simple stat priority. Well unfortunately when it comes to the Brewmaster there isn’t, whilst mathematically you can attempt to simulate a fight and work out which stats produce the best results the simple truth is that almost all the off stats on the Brewmaster are useful if used in the correct manner. So what should you be stacking? I’m going to go over the most popular stats and try and give some insight into how each works and how your playstyle may have to adjust to use them correctly. I am not going to go into the maths in any of these examples and rather give you an idea of how you would play using them so you can pick the one that suits you the most, and in my experience the best tanks are the ones that are playing comfortably and feel in control of the situation.

Sunnier wrote a really good post with regards to expertise so I am not going to go into it here, what I will add is that it is very important you get your head around there no longer being a soft and hard cap on expertise, you either have 15% expertise or you have a chance of the ability you used not hitting and not generating chi. Now, pushing hard into any of the stats below may mean you sacrificing some of your expertise until you have higher levels of gear. This means that you will have to get used to good chi and cooldown management as if you miss with a Keg Smash you need to be able to survive without the 1 or 2 chi it would have generated long enough to generate them again. 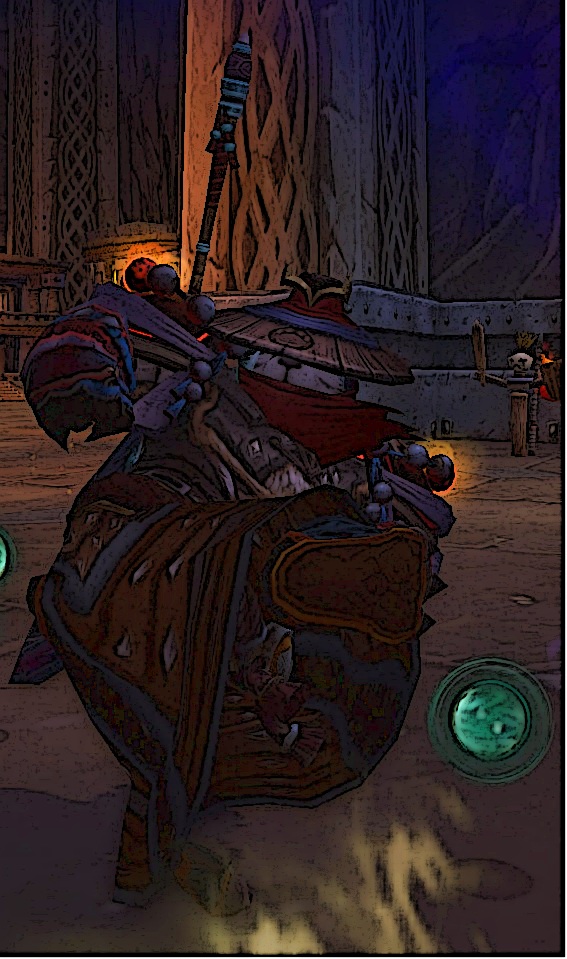 Haste increases how quickly you attack and how quickly your energy regenerates. This means that you will be able to use abilities like Jab more and generate more chi thus enabling you to use abilities like Blackout Kick more. Due to the increased attack speed you will also gain extra charges of Elusive Brew, gain extra guard procs from your Ox statue, and generate more healing spheres through Gift of the Ox.

The extra energy you gain means that you will easily have Shuffle up 100% of the time. If you make a mistake spending your chi then you will soon have the energy to generate more. In addition, you deal extra DPS which is always a nice edition to a raid.

Energy Capping. Energy constantly generates up to 100, however if you already have 100 energy you can no longer gain energy, so any you would have generated is now being wasted; this is called energy capping. If you have high haste then your energy bar will fill much faster; this means you need to be able to press abilities more and understand what is on and off cooldown. It also means that if you use an ability like Spinning Crane Kick you will need to have lower energy as you cast it because it channels for 2 seconds and during that time you will continue to gain energy. Due to this, finding time to use Tiger Palm can actually be difficult! Additionally, hits will do more damage to you. Monks have the lowest natural mitigation of damage of all tank classes — we have the lowest armour and our mastery only redistributes our damage via stagger meaning we still have to deal with it. Due to this you will need to be able to anticipate large hits with abilities like Guard to help take the pressure of your healers. 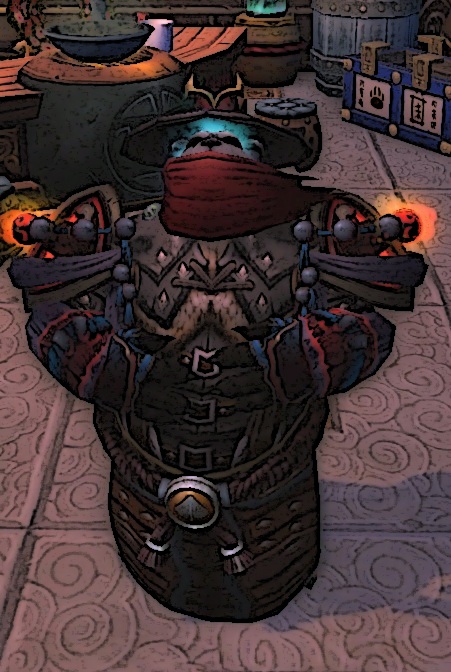 Mastery dictates how much damage is absorbed by stagger; our stagger amount is a combination of mastery and Shuffle, which adds 20%. For instance if a boss hits us for 100,000 damage and we have 10% mastery and shuffle up we would take 70,000 of that damage immediately and then stagger 30,000 as a DoT. The important part of stacking mastery is that you have to use Purifying Brew effectively. If you don’t use Purifying Brew you will still take all that damage it’s just that some of it will be delayed.

Bosses won’t hit you as hard! It’s fairly simple but very important. At higher content levels this becomes vital to survival. Smoother health is key to your healers. Brewmasters, due to the way they work, have very up and down health. They have high avoidance but if something hits them it hits them hard. You will often see when a monk is tanking that they will have periods where they take virtually no damage and then there health suddenly drops as their Guard and Elusive Brew runs out. Mastery really helps stop that from happening and can help you feel calm whilst under pressure. You can use Tiger Palm as a filler when you are waiting for your energy to rise so won’t have to worry about the buff for your guards.

Due to lower energy generation you will need to manage your buffs, such as Shuffle, a lot more. You will also need to be able to know when abilities like Keg Smash are coming off cooldown as you will want to use them as soon as possible to generate more chi. You will have to purify more due to the higher amount of damage staggered. This is also one of the reasons mastery isn’t rated as highly as it should be as it doesn’t actually mitigate any damage it rather buffers it into a dot. If you don’t purify it then effectively you’ve wasted your stagger ability. 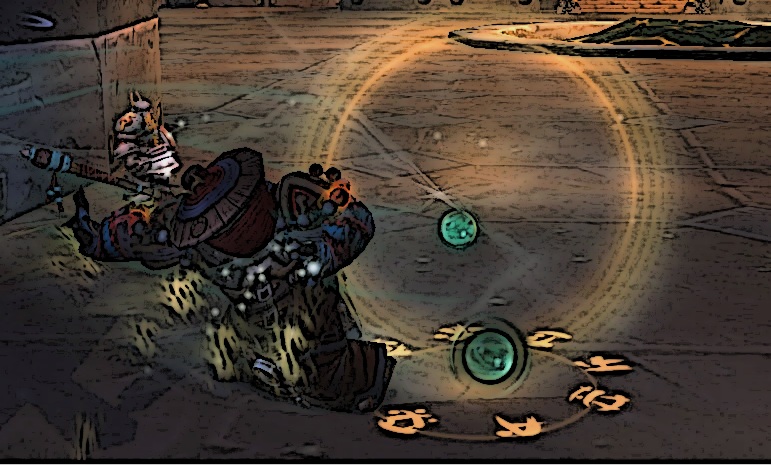 Higher Crit rating means you Crit more, a fairly simple concept. This has two effects on a Brewmaster; the first is that you will do more damage which in turn will produce more guards on your raid through your Ox statue. The second and more important effect is that every time you Crit with a normal (white) attack you will gain charges of Elusive Brew, meaning that you have this powerful cooldown on demand more of the time. I have met Brewmaster tanks who have stacked Crit and swear by it but it does require a lot of knowledge of the fights you are tanking and being able to micromanage your resources very well. Elusive brew should generally be used between 9 and 14 stacks and when used can give you a total of up to 80% avoidance, which is phenomenal. 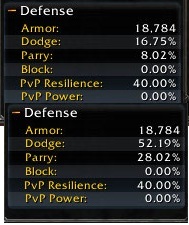 As stated above the total avoidance you can gain with elusive brew is around 80% depending on gear, this means you have around a 1 in 25 chance of taking 2 hits one after another. With high enough Crit rating you can keep Elusive Brew at incredibly high uptimes meaning your total avoidance for a fight will be incredibly high.

There is an element of RNG to using this system, even with such high avoidance there is a chance you will be hit two or even three times in a row. It is very unlikely but so is winning the lottery and people still play that. Once again due to lower energy generation you will need to manage your buffs such as Shuffle a lot more. You will also need to be able to know when abilities like Keg Smash are coming off cooldown as you will want to use them as soon as possible to generate more chi. Also, as with stacking haste, when you do get hit you will get hit hard so you will need to be able to use abilities such as guard after taking a large hit and heal yourself with expel harm to help take the pressure off your healers.

Those are the main stats that are recommended for stacking, again there aren’t really any right answers. I’ve spoken to monks who swear by them all and they’ve all been very good tanks. Various fights can also benefit more from some stats than others, for instance on Lei Shi almost all damage is magical so neither Crit or Mastery are overly useful whereas on Will of the Emperor you have time during the combo strikes to hit the boss and stack up Elusive Brew and chi meaning that Haste and Crit aren’t really as useful. I have been as low as 3000 haste and have easily kept Shuffle up and been able to purify whilst even being able to throw out the occasional Chi Burst to assist the healers, so don’t panic that you will suddenly find yourself with no energy or chi. My two pieces of personal advice are if you are new to tanking and monks then go for haste and expertise to begin with. It gives you the most room for mistakes whilst you get used to how the class works.

The second thing to do is ask your healers how they find healing you compared to other tanks. I stacked haste during all normal mode progression and then switched to mastery when we moved to Heroic Will of the Emperor because, even with high avoidance, when I was hit I was hit hard and my health would drop like a stone which put an awful lot of pressure on my healers. Remember, it is your job to try and mitigate as much damage from yourself as possible. Everything you can do to reduce incoming damage means that your raid will be having an easier time. 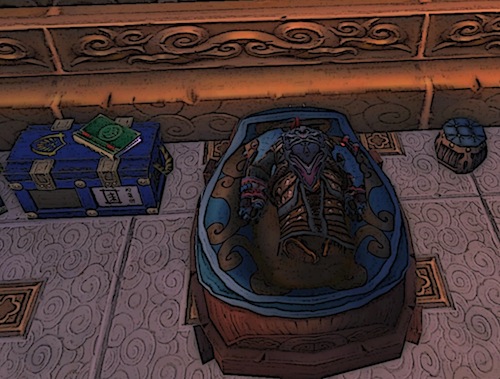