Brewmasters have no significant changes this patch, and only a handful of insignificant changes. The most interesting features of this patch will be the reintroduction of valor upgrades, the new world event Battlefield: Barrens, and the next stage of the legendary quest line.

For comparison, here is the 5.2 version of the spell:

Forms a sanctuary around the friendly target, causing all nearby enemies within 8 yards to be disarmed and nearby enemy players unable to auto-attack. In addition, enemies who cast a harmful spell within the ring become silenced for 3 sec. Ring of Peace lasts for 8 sec.

You won’t see a big change between this spell’s functionality in PvE. Basically, instead of disarming anything that enters the bubble, it disarms for 3 seconds and will continue disarming if your enemy uses special attacks inside the bubble. It will probably mitigate a bit less damage than before, but it was already a very situational spell so it won’t have a huge impact.

Nimble Brew now also removes horrify effects, and reduces the duration of horrify effects and fear, and is available to all Monk specializations (formerly only available for Brewmaster and Windwalker Monks).

We don’t see horrify effects in PvE very often, and they’re sometime’s hard to tell apart from fears. But a buff is a buff.

Spear Hand Strike now locks a spell school out for 4 seconds, down from 5 seconds.

Minor nerf, but silences are rarely useful in PvE. More of a nerf to 5 mans / challenge modes, if anything.

Blizzard put out a blog post on this topic, so I won’t go into much detail here. As a brewmaster, you’ll want to choose the tanking spec if you’re interested in tanking trinkets. Otherwise, you can choose dps and shrink your loot pool (just to give you a better chance at those items). 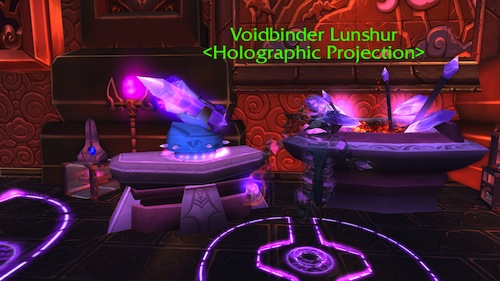 And they’re a cheap 250 VP per upgrade. Upgrade any pieces of armor you won’t replace in a while, especially weapons, trinkets, chest, legs, and helm. If you’ve been sitting at the valor cap, you can completely upgrade six items.

Next Stage of Wrathion Questline 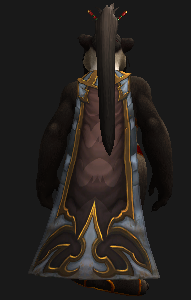 Wowhead has a nice preview of the quests if you want extra information on the next stage of dailies, though they weren’t available for testing on the PTR so info is limited. I think most people still haven’t finished the 5.2 legendary quest line (or maybe I’ve just been especially unlucky with Titan Runestone drops). But once you do finish, you can start the next part and get an epic ilevel 600 cloak.

As brewmasters, the agility DPS cloak, Tigerfang Wrap, is moderately better than the agility tank cloak, Oxhoof Greatcloak, so you want to pick the dps version. I’m not sure if that means you have to do the dps trials or be windwalker-specced when you turn in the quest, though that seems unlikely.

Next Stage of the Garrosh Story

You can start the quests by visiting Lorewalker Cho in the Vale of Eternal Blossoms. After a series of quests and scenarios, you unlock the world event Battlefield: Barrens. Once you do enough of that content, you receive a pair of 502 boots. They’re worse than most boots you get in Throne of Thunder (even LFR), but if you’ve been really unlucky so far then they’re a good upgrade.

Participation in Battlefield: Barrens gives valor and vanity rewards, and some of them are pretty cool if you want to check them out. There are a couple class-specific transmog items, though sadly the [monk option](http://ptr.wowhead.com/search?q=Crimson+schism# .) is a recolor of a very easy-to-obtain quest set.