Maximizing DPS as a tank can be a little different than as a straight up damage dealer. For one thing, we have Vengeance and it’s a pretty big deal. As a tank, pulling in good numbers is almost as important for you as it is for a rogue, so here are some things I like to keep in mind (though I’m not going to go over ranking, that requires weird play that’s rarely good for your raid).

Things You Can Do While Being the Tankiest Tank

Keep a tight rotation. Most people think their rotation is already perfect, but there’s always room to improve. For one, you should aim to have 40 energy ready when Keg Smash is about to come off cooldown. Use Chi Wave / Burst as often as possible (unless you need to save them for the healing). Fill empty global cooldowns with Tiger Palm, and keep the buff up as much as possible.

Weapons are a big deal. This seems obvious but I know a lot of you try to be selfless tanks who give away upgrades to other agility weapon wielders. That’s a fine decision if you want to go that route, but know that your dps as a tank is also important to the raid and those weapons are just a big a deal for your tank dps as it is for your squishy friends.

Potions. Pre-potting, i.e. using an agility potion a few seconds before entering combat, is a good way to sneak in more damage. Pre-potting is much more effective if you are tanking something right away because that way you have vengeance. As for the second potion, use it when you have high Vengeance, which usually corresponds with your highest damage intake.

Xuen and Rushing Jade Wind. Xuen deals a ridiculous amount of cleave damage, so choosing between these two talents isn’t always so easy as using RJW for AoE and Xuen for single target. Generally, if you have to AoE regularly and for most of the fight, use RJW. If there’s a special event that requires dps cooldowns or a big cleave opportunity (like after pulling Dark Shaman), use Xuen. Also, be sure to use them properly and regularly. RJW should be used as often as possible whenever you have 3 or more targets. Xuen should be used when you’re at high vengeance, when there are many targets up, or when you need a dps cooldown to burn a particular add. If none of those opportunities present themselves, use it on cooldown.

Healing Talents. Use Chi Burst for big AoE, unless you have to save it or use a different heal for raid utility. For single target, use Chi Wave on cooldown unless you need to save the heal.

Don’t stand in bad. Generally, standing in fire or AoE damage effects doesn’t give you extra vengeance in Siege of Orgrimmar like it used to in Throne of Thunder. Also, since Vengeance is roughly an average of the damage you’ve taken recently, you may actually reduce your high attack power if you stand in fire shortly after tanking a boss. The damage from that fire is likely less than what the boss did, so it drags that average down. Also, using cooldowns to absorb hits made to be dealt with differently doesn’t work well in SoO.

Keep vengeance up on both tanks as long as possible. Vengeance lasts 20 seconds, so ideally you should taunt swap at least that often. Fight mechanics may prevent or discourage that, but you should swap frequently if possible. Having frequent taunt swaps will usually do more for the raid’s total dps than letting one tank hold the boss for longer.

Vengeance is a really big deal. If you have trouble matching your co-tank’s numbers, look at how much vengeance they have and how often it’s up compared to you. If they tank the boss during a high damage-period and you do not, then they’ll get more vengeance and do much more damage than you. If they’re tanking a boss while you’re tanking adds, they’ll get much more vengeance than you. If they get to tank the boss first, they will get much more out of their pre-pot than you. Don’t sweat damage differences due to varying tanking roles.

Crit and agility are your best dps stats. To maximize dps, You want crit gems (because gems get a double budget of crit). Crit scales well with vengeance.

Haste and similarly, Bloodlust are not that great for us. So the presence of such effects shouldn’t motivate you to activate your cooldowns. Think of it this way: haste gives us more energy and more auto attacks. More energy leads to more Jabs (which don’t deal much damage), and in turn can only lead to more Blackout Kicks, but at the cost of a GCD. Since we can fill all our empty GCDs with Tiger Palm, regardless of haste, those extra Blackout Kicks don’t actually add much. They add some, but not much. Haste does increase your auto attack speed, but that is also not a huge component of our damage.

Change some reforging and gearing around. For example, reforge and gem crit, and equip agility and dps trinkets. This may make you more difficult to heal, especially if you are used to mastery.

When to use Legendary DPS cloak: I like to stick to the tanking cloak unless I’ve pulled the fight a few times and have not encountered anything out of my control that will kill me. (For example, as a tank who’s paying attention you won’t receive any deadly damage from Norushen, and as this is often a dps race then it’s a good place to use the DPS cloak.) In AoE/cleave situations, the DPS cloak can be pretty good, whereas it’s less awesome in single target.

DPS Legendary Meta: I consider swapping to the dps meta is more of a last resort, like your raid keeps hitting the enrage timer and you have to sacrifice everything to push out a tiny bit more dps. If you’ve already done all of the other dps increasing things mentioned above and you still need more, then it might be a good decision to pop in the DPS Legendary meta.

Breath of Fire on 3 or more targets. Blackout Kick does more damage in non-AoE situations, and usually we need it for the Shuffle buff. But if you don’t need the buff and you have to AoE, then Breath of Fire is cool.

Remember the difference between useful damage and padding. Padding means dealing damage to mobs that don’t need to have damage dealt to them (either because they will heal up later, like Paragons, or they will die on their own later, like Garrosh phase 1 adds). Only try to pad if you want to top meters, after your raid is comfortable with the encounter. Don’t do it on progression.

Similarly, there are often points in an encounter where a dps cooldown (like Xuen or potions) will be more useful, even if it nets you less damage over the duration of the encounter. Whenever a mob needs to die ASAP, it’s best to use a cooldown there instead of at a less critical time, even if you don’t have high vengeance or multiple targets or whatever you need to get the most out of those cooldowns.

Finally,Daught’s guest post from a while back is still incredibly valuable (just ignore the stuff about vengeance gaming). Read that if you want even more in-depth information.

Have more dps tips for your fellow brewmasters? Let me know in the comments! 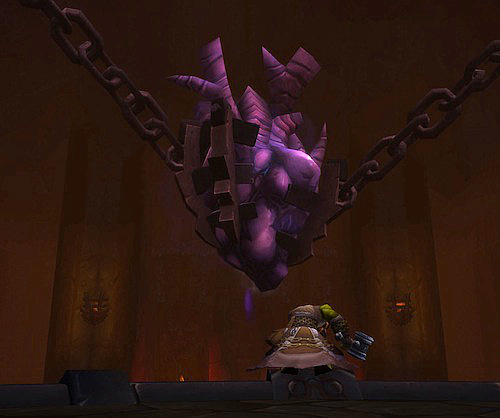