Sunnier Note: This is a guest post from Daught from Midwinter-Sargeras, one of the few brewmasters who has claimed a victory against heroic Lei Shen. If you would also would like to contribute to this blog as a guest, I would love to hear from you! 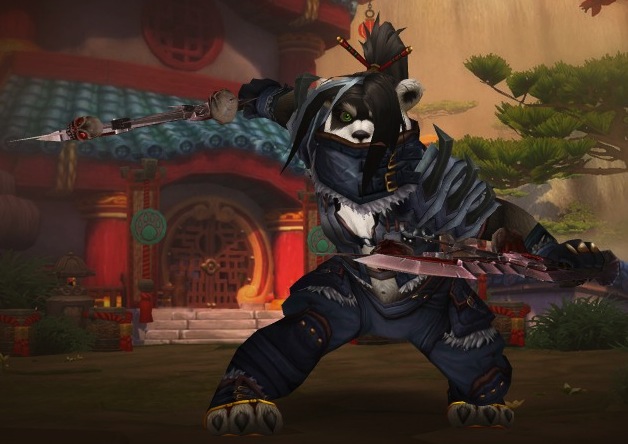 Hey everyone, I’m Daught from Midwinter-Sargeras, and I’m here to talk a little pontify about tank damage, specifically, brewmaster dps in heroic Throne of Thunder.

Historically — up to and including the last expansion — tanks have never been terribly high on the damage meters except for specific aoe encounters. But in MoP where vengeance has been effectively uncapped, tanks are often competitive dps for most fights. This leads to a slight conundrum, especially for the agility tanks: should I gear for dps or survivability? There is no easy answer to this question, but it’s a topic that is worth exploring.

For most guilds, there are two phases to learning a new boss fight: learning and executing. When you’re in the learning phase, anything you can do to prolong the fight is better for the raid. During this phase I would advise and emphasize survivability. For brewmasters, this is generally maximum mastery/stamina. Once your guild learns how the fight works, and knows what to do in every portion to continue to the next, then it’s a matter of execution. At this point, you may consider gearing for additional damage to help meet any dps checks, or to simply make the fight shorter and decrease the number of mistakes. If you’re in a heroic raiding guild, however, the learning phase and the execution phase are often entwined – you’re learning as you’re executing and there’s no clear divide telling you when it’s okay to redo your gear. Furthermore, it’s quite expensive and time consuming to continuously regem and reforge for each encounter.

For these situations, my advice is to simply go with your maximum survivability gear all the time until you’re on farm. I personally reforged every stat I could into mastery and gemmed mastery + stamina all the way until this week when we killed heroic Lei Shen. Depending on your level of gear, content, healing situation, and whether you raid 10 or 25m, you may opt to start swapping out survivability stats earlier, but I firmly believe that in almost every situation you find yourself in, survival gear will almost always ensure a faster kill on your current progression target than dps gear. A quick look at some of the heavier hits tanks sustained during our first kills:

Given the size of these hits, I may very well have died multiple times during these kills if I had emphasized crit over mastery. Again, if you are raiding 10s instead, you may find that all-out survival is not the best option.

Gone are the days where tank damage was irrelevant except the necessary minimum to hold threat. Tank damage is now a very real and very important element of your overall dps breakdown. This is still true for 25 man raids and even more true for 10 man ones. Brewmasters in particular excel in aoe damage, and is a huge percentage of the raid’s dps on targets such as Horridon adds, Tortos bats, Durumu ice walls, Twins’ lurkers, and Lei Shen ball lightnings. It is vitally important to every tank who wishes to be the best they can be to maximize their damage in this current tanking paradigm. Furthermore, brewmasters in particular do more healing with more damage going out as well.

There are generally two ways to improve damage, as most dps players can attest. One is to simply tailor your gear towards more damage and increase your damage potential. In our case, this means cap expertise and hit, then maximize crit. However, this comes with the downside of making us more vulnerable to tank damage. The other method is to increase the level of play – fulfilling higher percentages of that damage potential. While this is definitely trickier to pull off, it will not only improve your damage at no cost to survivability but most likely will even improve tanking elements such as shuffle/power guard uptime due to the greater emphasis on mechanics.

How much damage would a tank expect to pull off for Throne of Thunder encounters, you might ask. Well, here are some representative meters for our first/early heroic kills in this zone. Now, I don’t claim to be the best damage brewmaster ever, and these numbers will most certainly be beaten (if they aren’t already) by those attempting to rank on these fights, but I think these logs are indicative of what tanks can do for their progression kills, in a 25m scenario at least, by a fully survival oriented tank (Rough stats – ilvl 525, 11k mastery, 5-6k crit, 3-4k haste, expertise/hit hardcapped): 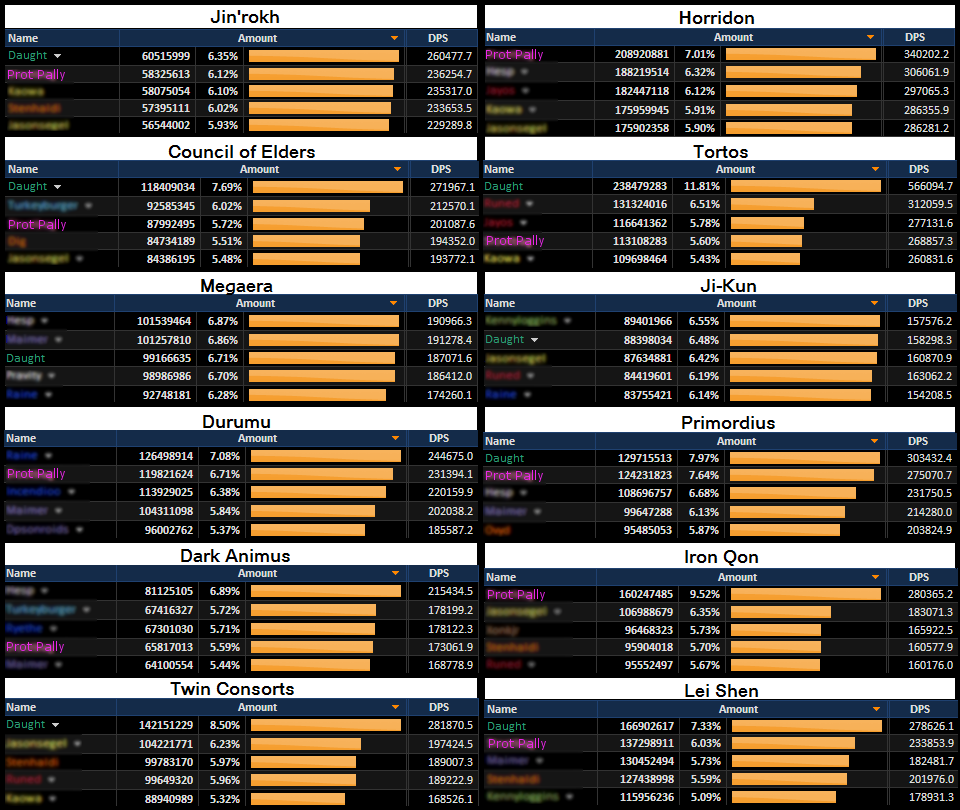 (Note: this is 25H, so imagine 13-16 more nerds trailing behind after each meter)

As you can see, tanks do a truckload of damage even in full survival gear.