Only counting the pets I have, since there are a bunch of pets I lack that would probably win this contest a million times. 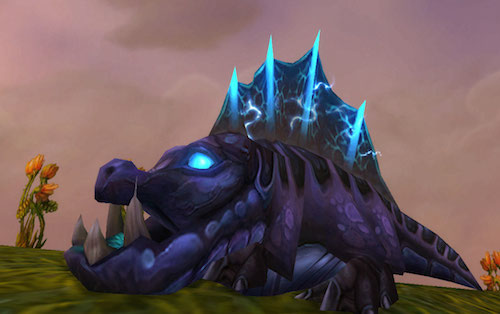 I like Jolly Sparkums because he is a crocolisk that is electrified. I spent years getting the original baby crocolisks from the fishing quests in The Burning Crusade, and he reminds me of them. But he’s also much cooler than them because he is blue and he has a ridge on his back (like a dinosaur). 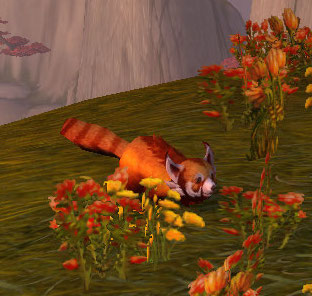 It’s really hard to pick a favorite from the resident Pandaria cute fuzzy mammals. There are red pandas, otters, hedgehogs, raccoons, etc. But the red pandas are the best of them all simply because they look the fluffiest, and the sunfur panda is the best of those because it has a nice name.

“Little Squeaks” is one of my many pet names for one of my cats. 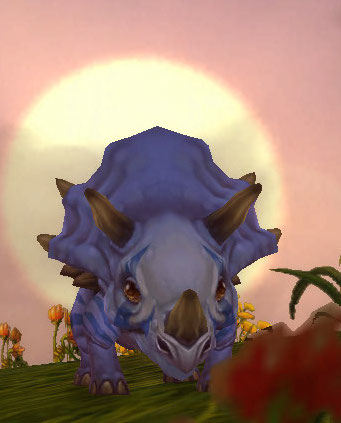 I just love dinosaurs and triceratops with giant heads are amazing. I love Horidon, too. And my triceratops mounts. Just the best. Pokeypoo has large, lovely eyelashes and she likes to stare wistfully at flowers. 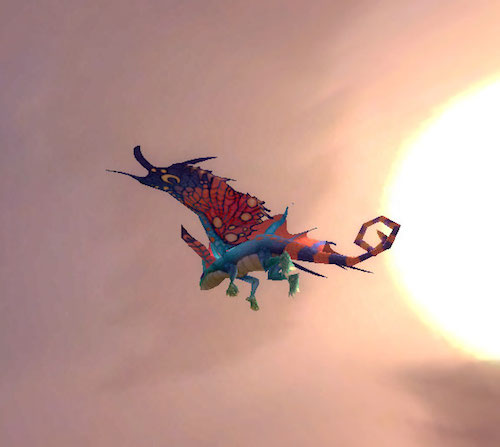 The Sprite Darter Hatchling was the first pet I felt compelled to collect. As Horde, that was a somewhat difficult prospect. Back in the day, they were only obtainable for Horde through a rare drop. I killed many a sprite darter and didn’t get one until late in TBC. 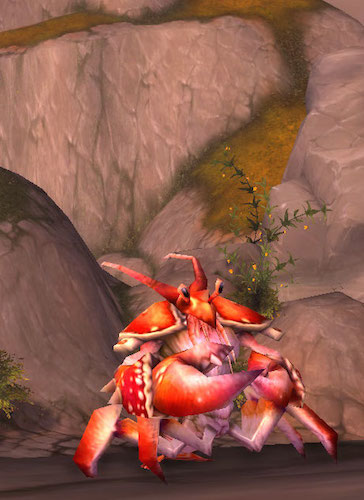 Many of these pets I like just because I spent a lot of time trying to collect them in my early years. Jackie Chan the Magical Crawdad was no different. I leveled fishing for this pet alone. I have no clue why I named him Jackie Chan. 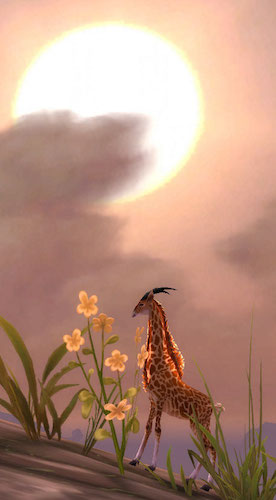 I really love animals with horns and hooves. And giraffes are just so awesome with their long necks. I’ve always wanted a giraffe pet in WoW. Pickles loves magical pet biscuits that make him tower over dwarves and gnomes.

Many of my pets are named after food items, so that’s where Pickles got his name. 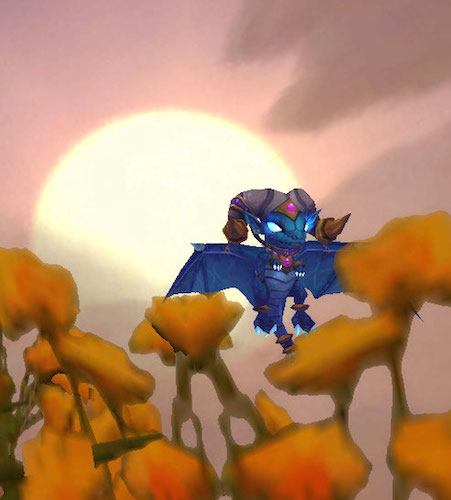 Such cute horns on a baby dragon! Aww and she just looks so fat and huggable. Fluttershy, as her name suggests, likes to fly around and silently watch people. 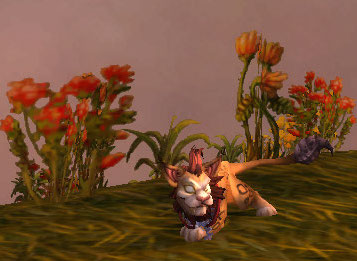 How could something so ugly produce such adorable offspring? He has such cool hair. He likes to chase small animals but never actually gets close enough to catch them. “Fluffnugget” is another pet name I use for my cats. 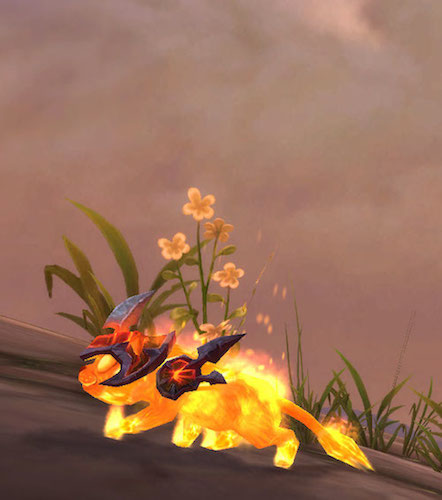 I love how she spins and gets distracted. My boyfriend offered to buy this pet for me with his Diablo money, but neither of us knew at the time that he couldn’t gift something with Diablo money. He bought it for me anyway with real money and didn’t tell me. I only found out that Diablo money didn’t work through Twitter. 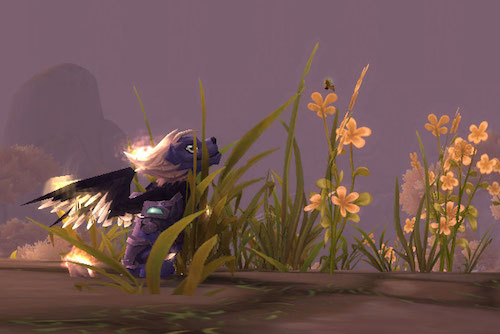 Mowgli is my favorite because he reminds me of my fluffy black cat, who he is also named after. He likes to chase bugs and wander around.