I really hate this fight. Someone will probably die if you (or someone else) second guesses soaking puddles, and the adds need to be positioned precisely but they have such tiny hit boxes that it’s often hard to do so. Oh well, you have to get it over with sometime. It’s a big step up in difficulty from the previous bosses in 10 man.

Differences Between Normal and Heroic

The pink one is for my co-tank because he’s a paladin.

Your job as the tank is to pick up the humanoid adds and tank them close enough together so that they can be cleaved by the melee, but pointed in such a way that they don’t cleave anyone except you (including the other tank). 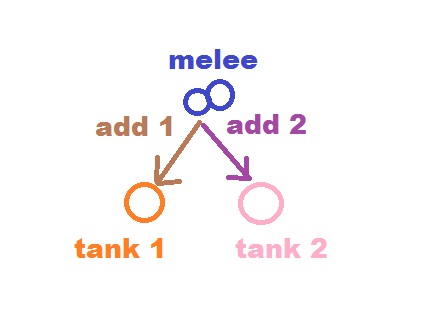 Here it is in theory. Where the arrows are the direction the adds are facing. 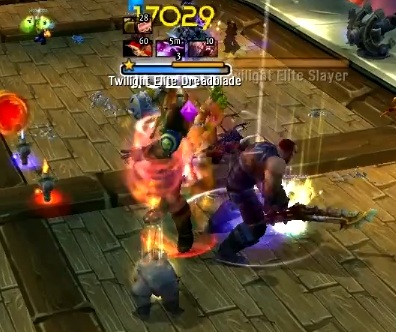 Here it is in practice.

Everyone is responsible for soaking the small purple swirls in 10 man, which makes manuveuring these adds even more difficult. If you looks like you might have to soak a swirl alone, pop a big cooldown or run away. You won’t really need them for anything else during Phase 1. It’s better to play it safe and use a cooldown even if you might not need it.

We divided the ship into three sections and assigned people to soak Twilight Barrages in those sections. 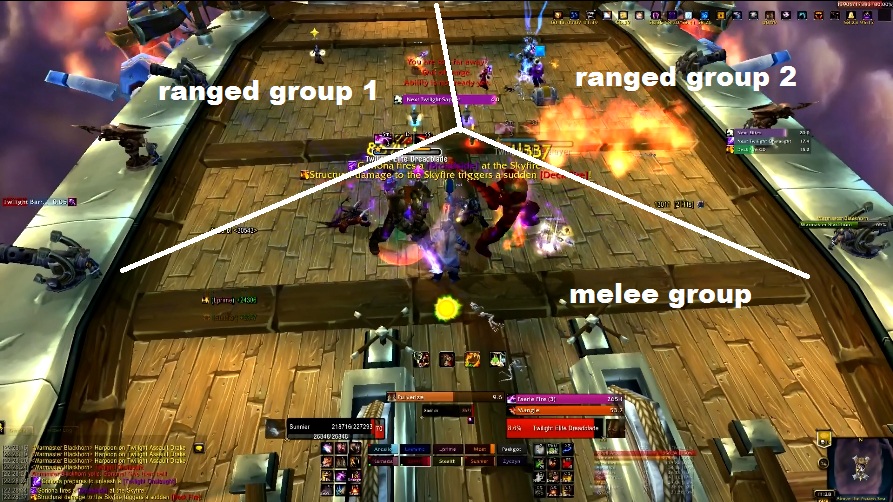 We had 2 ranged dps and 1 healer for each ranged group, and 2 melee dps and 2 tanks for the melee group.

As a word of advice, your raid does not need to soak every small purple swirl. If you and your fellow soakers are too far away, don’t even bother running for it.

Sappers will occasionally drop onto the boat. A Death Grip followed by a stun (something tanks are especially well suited) should be all you need to control it before it dies.

Be careful of charges. They should be very easy for you to see, but remember that you will get hit by it if you’re near the charge-trail at the wrong time. It’s not much damage to a tank, but it’s your job to avoid as much damage as possible, right? 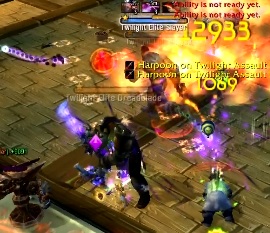 Finally, there are three big purple swirls, Twilight Onslaught, during phase 1. In 10 man you can designate one person with a cheat death mechanic (Cauterize, Ardent Defender) or heavy damage reduction ability (Dispersion) to soak an entire Onslaught by themselves. This strategy reduces the overall damage that the raid takes and makes it easier on the healers, while making the ship take slightly more damage. You must take damage from the Onslaught to block the majority of the damage it does to the boat, so abilities like bubble and Ice Block do not work.

It is also reasonable to soak Twilight Onslaught the old fashioned way, i.e. letting the whole raid split the damage. If you choose to do this, tanks will need to be extra careful not to cleave their raid members while running to the Onslaught and while soaking it. All non tanks need to stand exactly in the middle to make it easier, while the tanks should stand on the edges, facing their add out.

The transition is hectic and different enough from the last third of the encounter that it deserves its own section.

First, Blackhorn will drop onto the boat. He needs to be picked up by one of the tanks, and the other tank should taunt both the Dreadblade and Slayer. 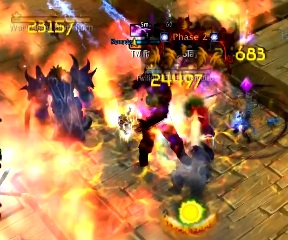 If you’re a bear tank, this is the perfect time to Berserk. The adds need to die very quickly, so everyone needs to focus on burning them down before Goriona lands.

Blackhorn still does all of his normal tricks during the transition. He applies Sunder Armor to the current tank, uses Shockwave (which everyone needs to run out of), casts Disrupting Roar (which you need raid and tank cooldowns for), and stacks Vengeance.

Once the big purple dragon does land, the tank who was tanking Blackhorn (who probably has a few stacks of Sunder Armor on him by now) should pick up Goriona and the offtank should taunt Blackhorn. Dps should switch to Goriona. 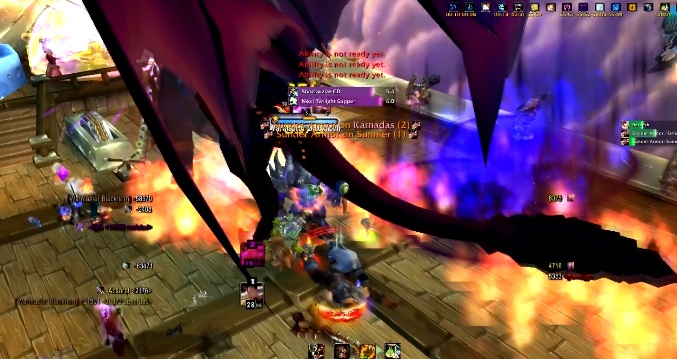 Goriona has a breath attack which deals damage in a cone in front of her, so she must be pointed away from the raid. She does not have a tail swipe.

If possible (might not be because of fire), tank Blackhorn near Goriona’s front. This is so the Goriona tank will not have to move so far if he happens to be targeted by Shockwave.

This is where the Power Auras I posted earlier come into play. Once the Sunder Armor stacks on the Goriona tank fall off, he should taunt Blackhorn and the Blackhorn tank should taunt Goriona. This transfer needs to be done in such a way that Goriona never faces the raid. 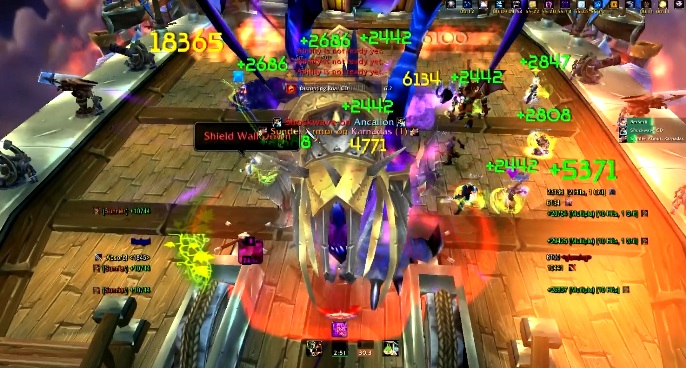 Once Goriona hits 25% hp, she will abandon her good-for-nothing master and the fight gets much easier from here.

Now that you only have one baddie to contend with and very little to no fire on the ground, you’re in a good position to kill him. Now that he’s the primary target, his Vengeance will increase his damage as his health drops.

The tanks will still need to taunt the boss when their stacks of Sunder Armor get too high. We found that waiting for 2 stacks is optimal. If you’re a druid tank, you should dps in cat form while not tanking.

Like in the Phase 2 transition, cooldowns will be needed to recover from Disrupting Roar. Healers need to bomb big heals on the current tank right after Disrupting Roar or else he will probably die to upcoming melee swings.

The first phase is random and highly depends on your raid’s ability to communicate which small purple swirls they are soaking. The second phase is a gear check and depends on your tanks’ ability to stay alive through burst and your healers’ ability to keep them alive. The enrage timer can be difficult to meet as well.

During phase 1, use your cooldowns to compensate for players who can’t help you soak Twilight Barrages. Use everything you can to keep everyone alive through this phase. If you go into phase 2 and you still have a battle rez available, you’re in a very good position.

During phase 2, pay attention to your co-tank’s and your debuffs, use cooldowns to recover from Disrupting Roar. 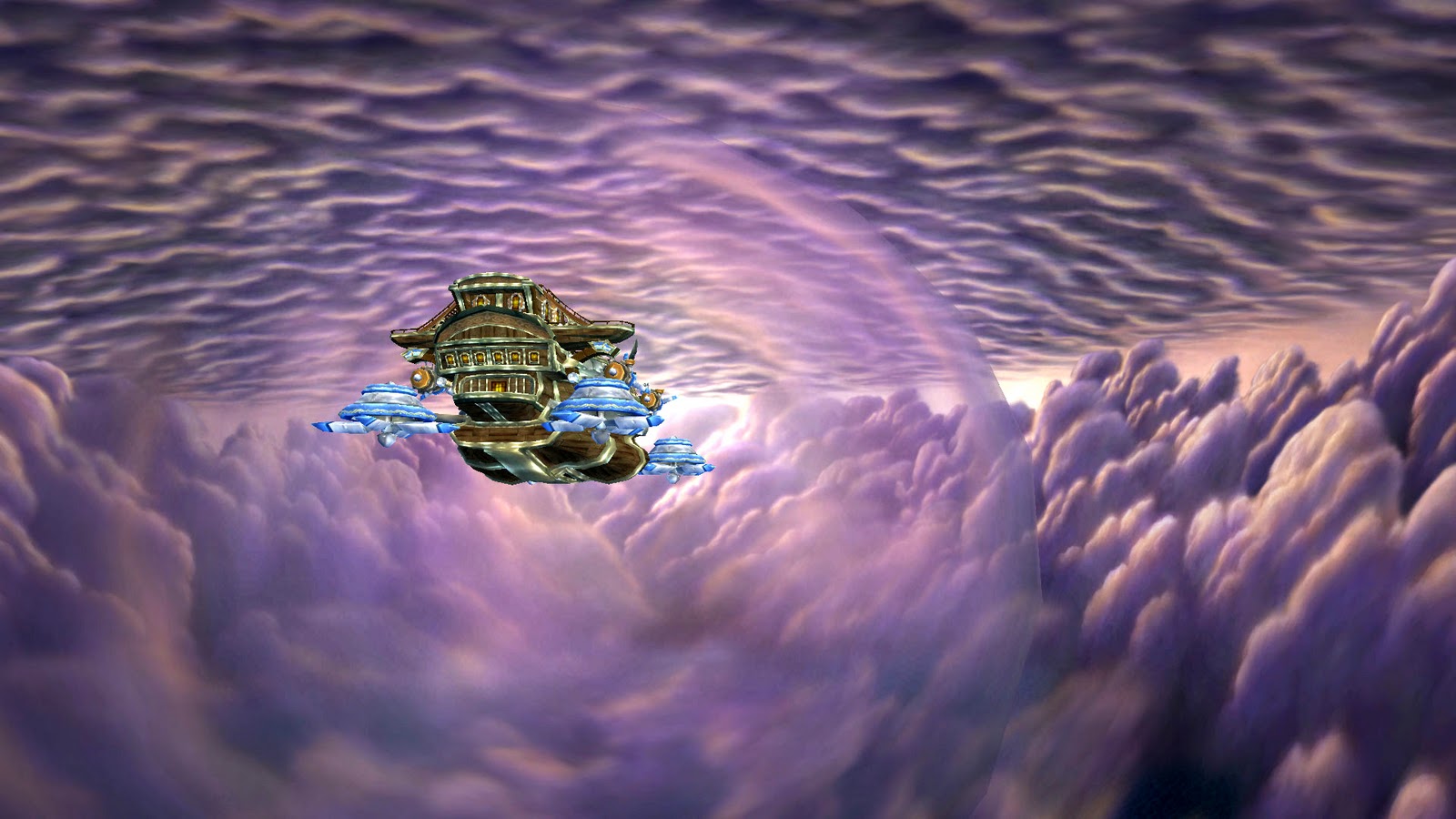