Last night I had trouble sleeping because I thought of a talent I would really love to see in Mists of Pandaria and I got all excited.

Grants the druid the passive benefits of bear form even while out of bear form. While casting, the druid has immunity to spell pushback and takes less damage equal to his dodge chance for X seconds. Y minute cooldown.

So basically bears would have bear-level armor, damage reduction, and uncritability even in caster form (or cat form, or travel form). The “takes less damage equal to his dodge chance” part is the same as a Deathknight’s Army of the Dead ability, where it’s only there to compensate for the lack of avoidance while casting. 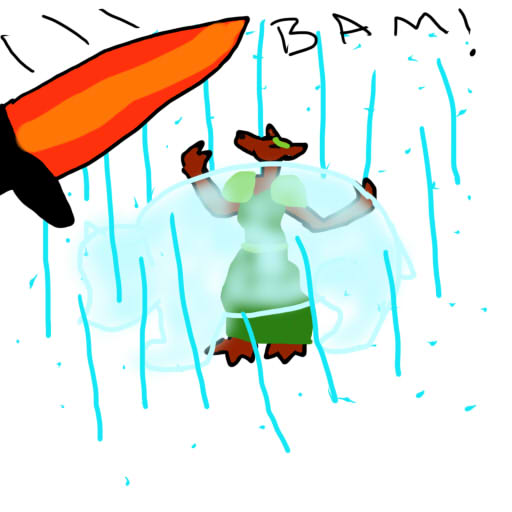 I imagine that it would look something like this: a ghost bear spell effect floating over your actual character model. (You can just steal the spirit beast bear model, I won’t mind.)

Bears could use this opportunity to cast all those fancy healer tools the rest of our class gets to use, like Tranquility and Battle Rez, or we could temporarily go cat form and use one of the new Tier 1 cat talents (the extra sprint or the blink-like Displacer Beast). Or maybe Mass Entanglement, the spell that has a cast and requires caster form, would become an option for bears.

Talents that no bear would currently ever take in MoP.

The proposed Nature’s Swiftness talent offers a tiny bit of this utility, in the form of letting us cast a single spell in bear form, but that leaves me with the icky feeling of being forced to use a talent point and a 3 minute survival cooldown to battle rez someone when a warlock only has to use a gcd and other flavors of druid just have to spend 2 seconds casting. There’s also the awkward user interface issue that comes with Nature’s Swiftness, which requires you to make numerous macros or to find room on your bear bars for all of the spells listed on the tooltip, even though you will rarely use them (though that last concern is probably closer to the grievances of a user experience nerd than those of just a bear).

What I like about my proposed talent is that it allows bear tanks to continue performing the role in which they have specialized, while giving us access to all those other cool toys that we have had limited access to historically. Instead of confining us to a single spell and requiring a talent point that could have been used on defense (i.e. Nature’s Swiftness), we have many options and can use many forms. Other than losing rage and the opportunity to reduce the next melee swing through Savage Defense, we don’t have to sacrifice our defenses for utility. We could be the cooldown-hybrid Blizzard wants us to be, without leaving our hybrid opportunities to the whims of encounter designers.

And then I thought, wait, the spirit behind this sounds an awful lot like the current incarnation of the Heart of the Wild talent. Could Guardian druids have this instead of the awful version that turns us into a half-assed moonkin? Or could we at least be a half-assed moonkin while tanking? 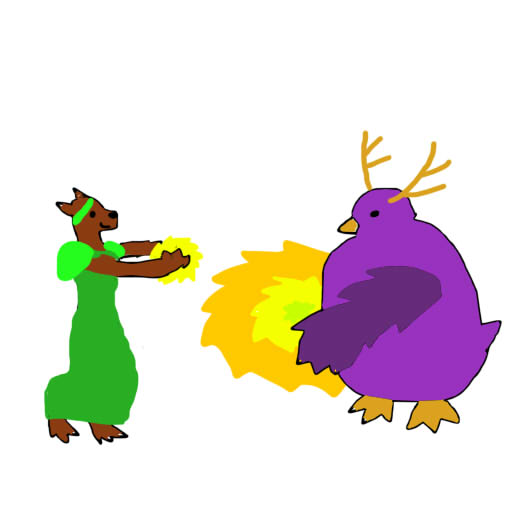 An itty-bitty Guardian Wrath compared to the almighty moonkin Wrath.

If we could continue to improve upon this idea, letting each druid maintain their chosen role while temporarily filling another, instead of completely dropping what you built your character around so that you can do something completely different for 45 seconds, what should the other druid specs get out of this talent?

But then all I could think of for the feral, balance, and resto specs was a suped-up version of Atonement, where the two dps specs and continue to bring the pain, but in doing so heal the raid or themselves, and resto druids can spam wrath for some awesome heals during the duration of Heart of the Wild. Resto druids would still have to deal with the biggest problem of the current Heart of the Wild, that being that they have to do something they didn’t specialize in. But at least they’re still healing, right? :|

But the tank version of my idea is a lot more dynamic and interesting compared to the dps and healer versions. Maybe we can just get it as a cool skill and the other specs can just deal with it.

One of my yet unpublished blog posts was about different ways to make druid hybridization fun and helpful to your chosen specialization without actually preventing you from performing your specialization. Maybe one of these days I’ll finish that one up and publish it. For now, you have this.