Sometimes I see the word “brewmaster” used in a real life context and I get a little confused because my brain defaults to the WoW version. But the truth is there is a lot of real world inspiration behind the brewmaster and the “drunken ox” fighting style.

The title “brewmaster” is a term for the head brewer — the person who creates the recipes for beer and leads the production in a brewery. That would explain where we’re getting all this beer to throw at enemies. It’s a title akin to “head chef”, so it’s pretty prestigious.

That’s pretty straightforward. Many of our skills are inspired by brewers, though I would hope a real life brewmaster doesn’t smash a keg on the ground every eight seconds. Or that they don’t throw a “keg of their finest brew” at their enemies. 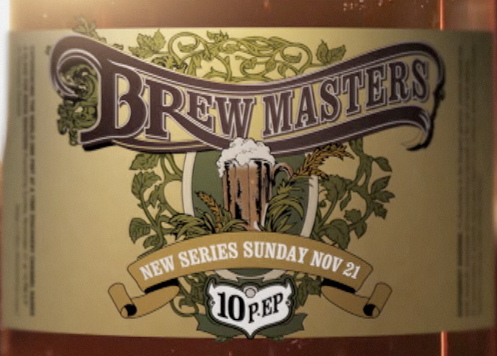 Drunken Master is a 1978 Chinese martial arts comedy starring Jackie Chan. It was on my Netflix queue at some point but they removed it, so sadly I’ve never seen it. But according to Wikipedia, it features the Zui Quan fighting style.

In the movie, they actually incorporate drinking into the fights, though Zui Quan doesn’t do that in real life. Here’s a video of the final fight in that movie (the boss battle!).

In that video, Jackie Chan uses Purifying Brew, Elusive Brew, and Fortifying Brew. Seriously, even the jug he uses is the same as the ones we use. He also tries to use Spear Hand Strike but it fails.

This drunken fighting style, Zui Quan, translates to “drunken fist”, so right away that sounds similar to the pandaren martial artists we all know and love. From Wikipedia:

Zui Quan is a category of techniques, forms and fighting philosophy that appear to imitate a drunkard’s movements. The postures are created by momentum and weight of the body, and imitation is generally through staggering and certain type of fluidity in the movements.

Look at all these similarities! Right away it references “staggering”, the key brewmaster mechanic. I imagine lots of actual shuffling is involved, too.

Zui Quan techniques are highly acrobatic and skilled and require a great degree of balance and coordination.

And that explains why we’re so good at dodging, too.

Here is a video of a real life practitioner of Zui Quan. It looks like the martial artist is moving randomly and awkwardly at first, but he’s obviously very much in control. You’d think he would be falling over all the time, but he’s very stable. There’s a lot of dodging and moves that make me think of “close shaves”. I can see how that concept would translate to WoW’s stagger, which reduces damage dealt by the opponent but doesn’t eliminate it completely.

You can also see his use of jabs and rigid hands. Sometimes it even looks like our Spear Hand Strike! He rolls around, too, but it’s quite a bit different than our Roll. Our roll is more of a somersault.

We also don’t have a move that replicates all that controlled falling this martial artist does. What would that look like?

Here is another video of Jackie Chan practicing the styles of the Eight Drunken Immortals. We WoW monks only have four immortals to revere, but in a similar vein each specialization practices its own martial arts style associated with three of the four immortals.

Beyond Zui Quan, Brewmasters (and all other monks) borrow from other martial arts. Touch of Death has a real life counterpart in Dim Mak.

Dim Mak is depicted as a secret body of knowledge with techniques that attack pressure points and meridians, said to incapacitate or sometimes cause immediate or even delayed death to an opponent.

One instance of this attack is from Kill Bill.

Paralysis is based on a similar concept of hitting pressure points to disable your attacker.

Clash is probably based on something I’ve seen in anime quite a bit, though I couldn’t find a good example. It’s where two foes charge toward each other very quickly, ending in a collision that’s likely to cause a huge amount of smoke and a commercial break.

There are even more likely sources for inspiration out there. And I haven’t even dealt with Windwalkers or Mistweavers. I believe Mistweaving is inspired by Tai Chi, but the martial art associated with Windwalking eludes me.