Nothing significant here, we’re just getting a few passive skills merged into Stance of the Sturdy Ox.

Swift Reflexes has been removed.

Swift Reflexes is the passive skill that increases parry by 5% and deals reflexive damage to whoever we parry. It was actually not bad for AoE dps, but it doesn’t add much gameplay so I can understand why it’s going away.

Zen Meditation is no longer available to Mistweaver Monks, and no longer redirects harmful spells cast against party and raid members.

Zen Meditation losing it’s “raid utility” is great. It was often unclear what attacks were even vulnerable to ZM’s redirect, and sometimes it even worked against you by canceling your ZM earlier than intended if you were using it for the damage reduction.

This may be a data-mining error because it’s not in the official patch notes yet. Currently Elusive Brew stacks up to 15 times. There’s no mention in the new tooltip of only using 15 stacks, so it looks like we will be able to save up for a nice, long 30 second duration. That sort of implies that Elusive Brew will further head in the direction of maintenance buff and away from short-term active mitigation. I’d much rather Elusive Brew find a way to require more thinking instead of less, but I shouldn’t judge until it’s fully testable.

When you dodge an attack while Elusive Brew is active, you generate XY Energy.

Pretty straightforward buff. We don’t have any idea how much energy a dodge via EB will grant, but it’s a pretty high chance it will proc often.

The grammar will hopefully be fixed because right now it’s unclear exactly how many charges KS will have, but either way we’ll be able to use Keg Smash more than once in a row. We’ll still only have two Keg Smashes per 16 second period, so it’s not as overpowered as you probably think, but still cool. You won’t get any additional Keg Smashes through this bonus, but you’ll get to use them more flexibly. For example, you can open up a pull with two Keg Smashes in a row, providing a huge amount of burst and four Chi. Charges also allow more flexibility with rotational cooldowns, so it won’t be so critical to use Keg Smash immediately after it comes off cooldown. You can wait a few seconds to save up energy or whatever without the consequence of delaying all future Keg Smashes. 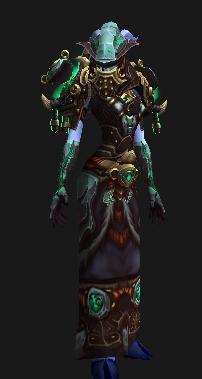