This is a common question for people new to GW2. I can see why people ask it, as jumping into Guild Wars 2 structured PvP right away can be pretty overwhelming.

So here I’m going to answer the most common questions I see or had myself. If you want the quick answer, just talk to the NPCs with a chalkboard icon above their heads. They actually provide a lot of information. 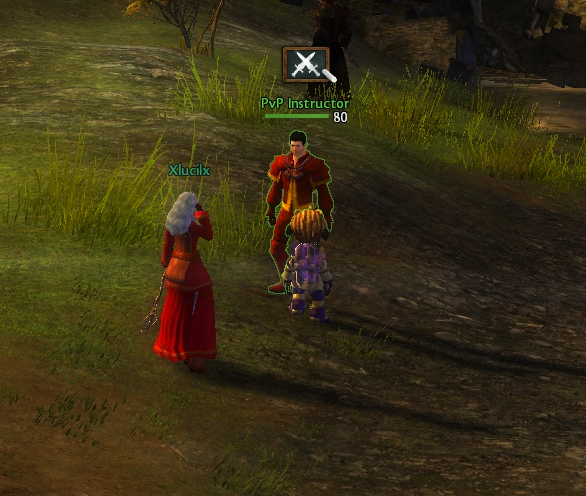 Talk to this guy and his other chalkboard buddies.

First off, all of these questions refer to structured PvP (also known as sPvP), which is the area you can enter at any level (once you finish the first tutorial). In this zone, all players become level 80 (max level) and are given access to all skills and weapons. It is designed to be a balanced, competitive environment.

Open your character pane (“H”), and select the tab from the toolbar on the left side that says “PvP”. You’ll see your PvP pane, which has a button that reads “Go to the Heart of the Mists”. Click that to start the PvP experience. 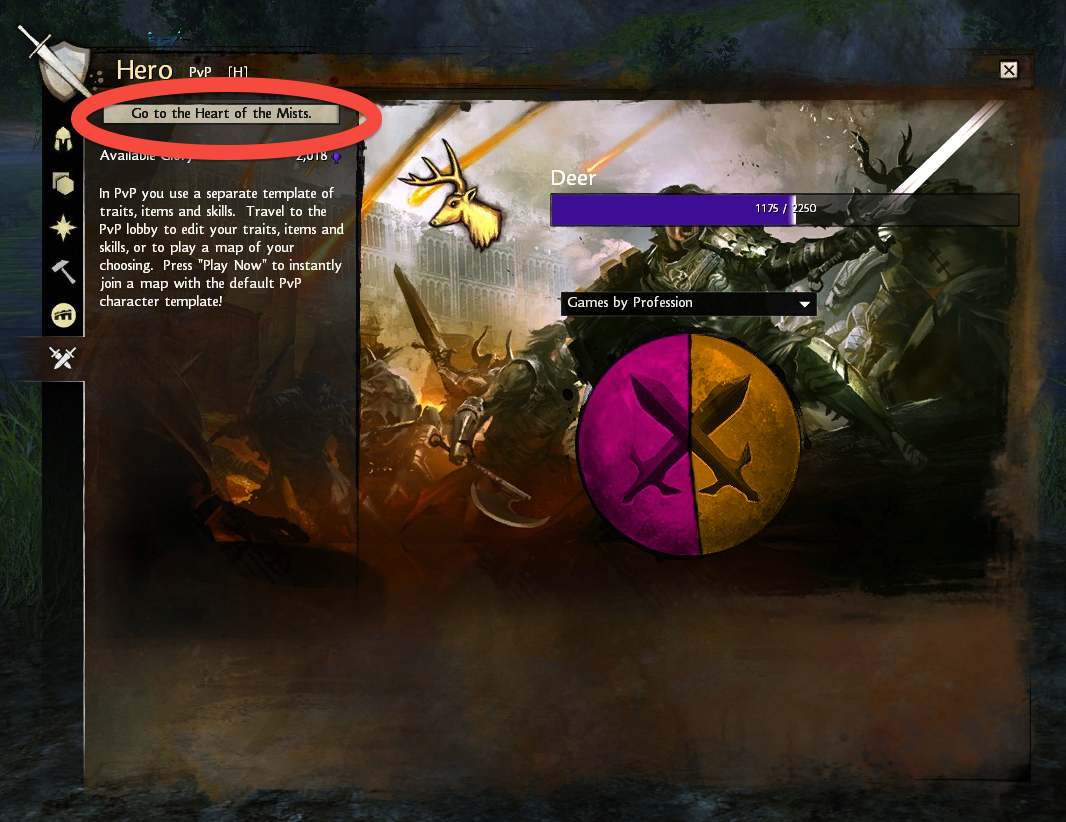 This is the button you’re looking for.

What is this area it puts me in when I enter the mists for the first time?

That is a training area. If you’re completely new to GW2 mechanics, I recommend you speak with one of the NPCs and learn how to resurrect allies, finish enemies, and other useful things. If you’ve already leveled a bit or have played before, you can just skip all the tutorials and head to the back of the zone to a huge portal. You will only be placed in this area for the first character you bring into the mists, so once you leave, you leave forever.

Where can I change weapons?

The game will automatically provide you with a weapon set, but in most cases you’ll want to choose your own. You need to visit a vendor to see your weapon choices. Don’t worry, none of these weapons cost anything. The vendor in question will be far to your right, after you enter the Mists. 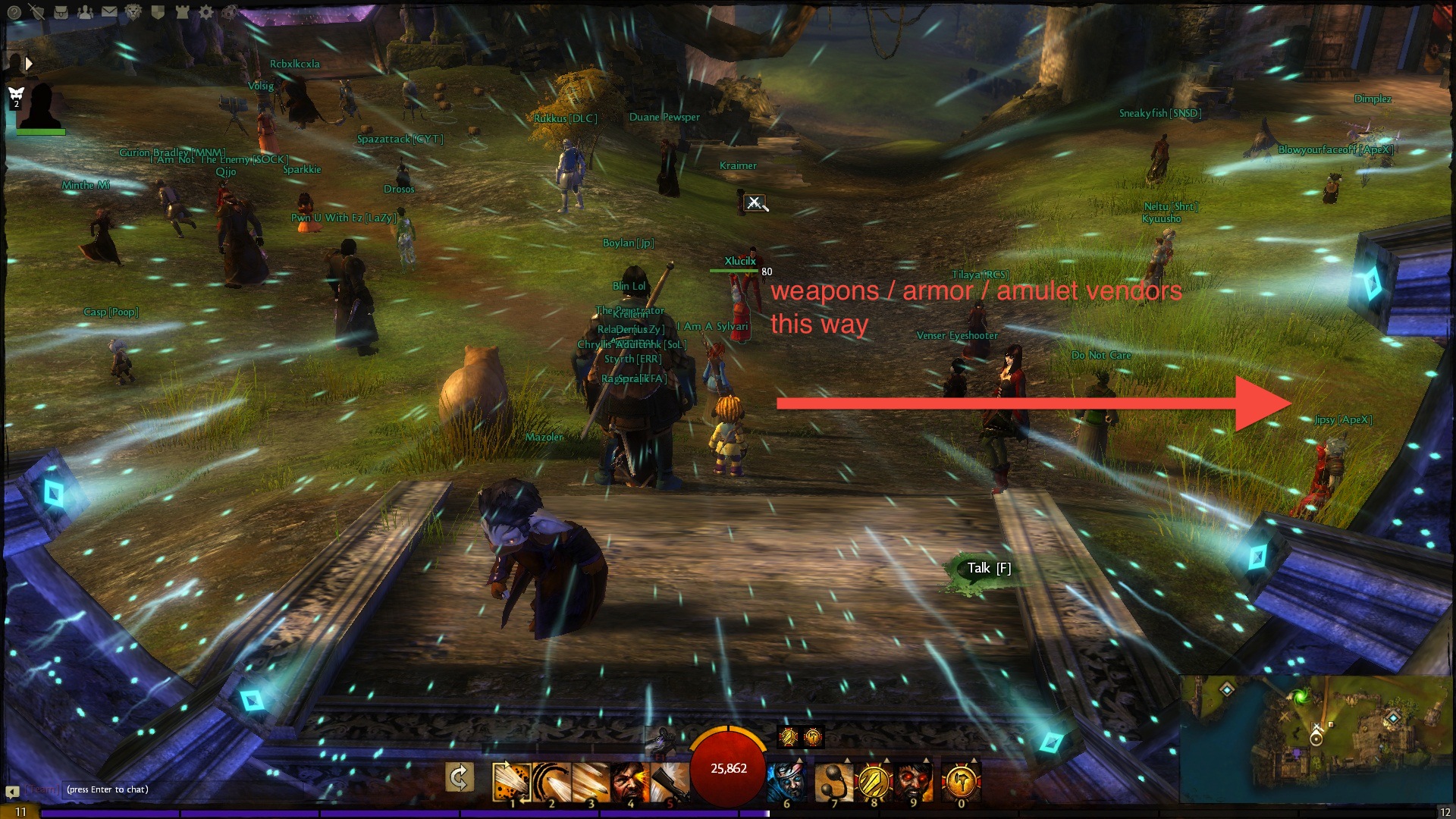 Turn to the right

He will have the title “PvP Items [Weaponsmith]” and a sword icon above his head. 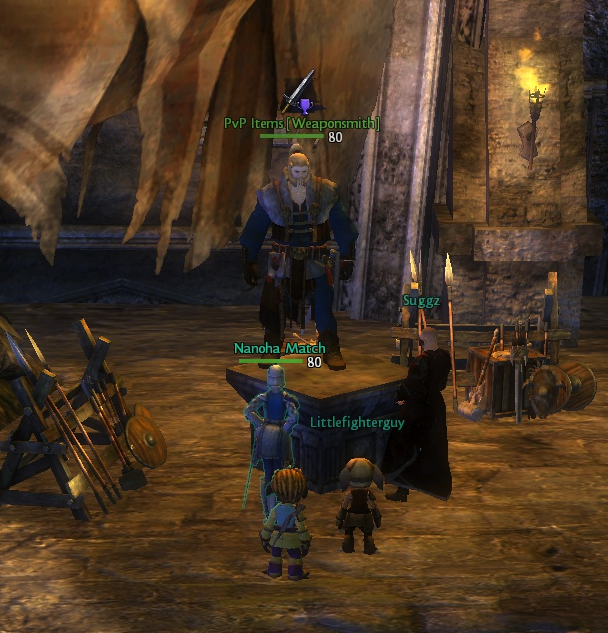 Here, you can buy any weapon you want. They have pretty boring models, but you can find cooler looking ones later. 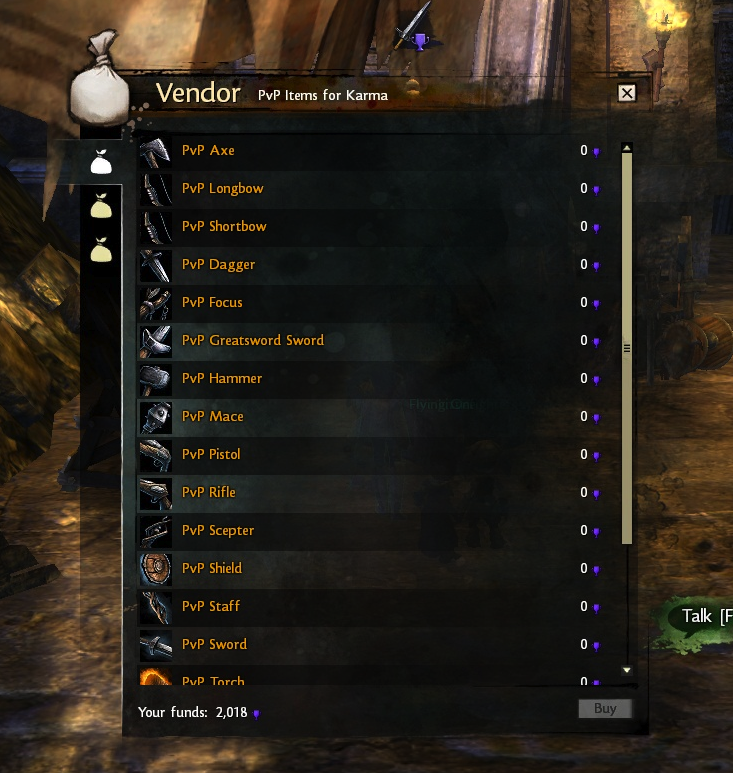 Why don’t PvP weapons have stats like PvE weapons?

Since all gear in sPvP is normalized, nothing has stats except for Amulets. Amulets provide most of your stat customization, whereas weapons only give you your skill customization.

Now, you can (and should) include Sigils in your PvP weapons. These are small bonuses that often give you buffs upon switching to a weapon or grant you more damage. If you’re buying new weapons, be sure to check out the weapon vendor’s second tab and choose your favorite Sigil for each weapon. These are also free. 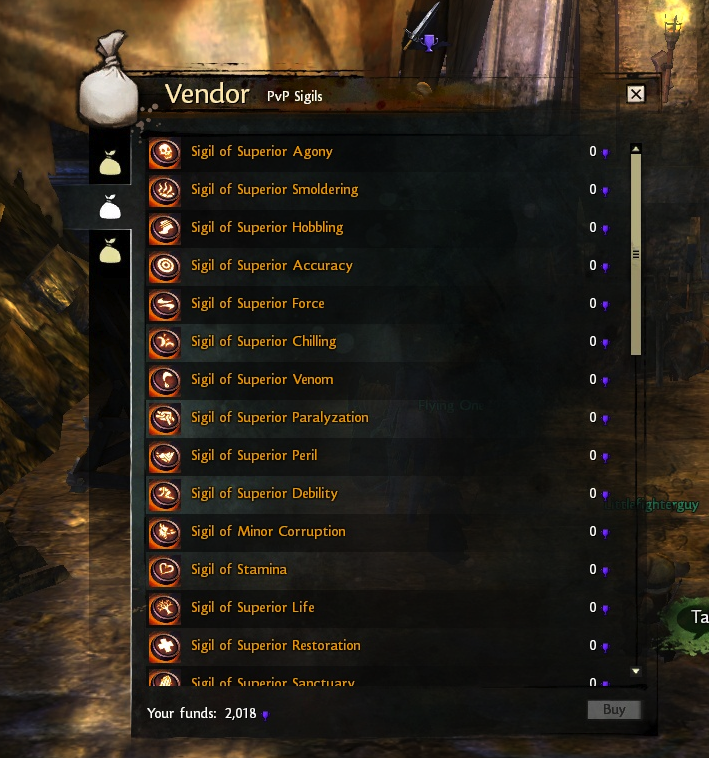 What is the third tab on the weapon vendor?

I have no clue. Those weapons are no good for sPvP, though.

How can I customize my armor?

Like weapons, the gear you’re wearing has no base stats. They do have Runes, which provide set bonuses. If this is your first time, I recommend sticking with the default Rune set until you figure out your play style. In most cases, you want all six pieces of gear to have matching Runes.

Runes are sold (for free) by the Armor vendor. She is standing near the Weapon vendor, with the title “PvP Items [Armorsmith]”. 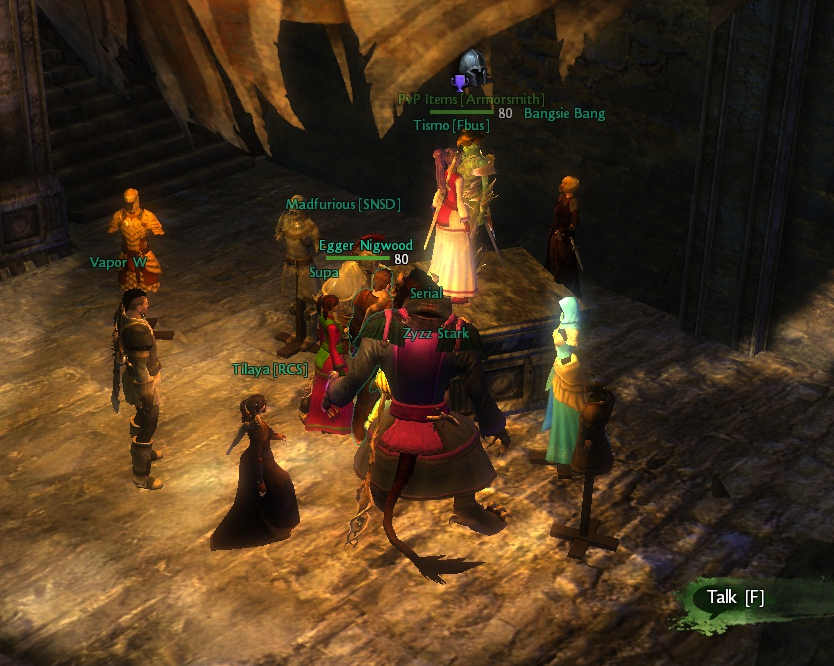 On the first tab you can buy PvP armor, which you won’t need because it’s the same as the default gear. You can buy Runes from the second tab. 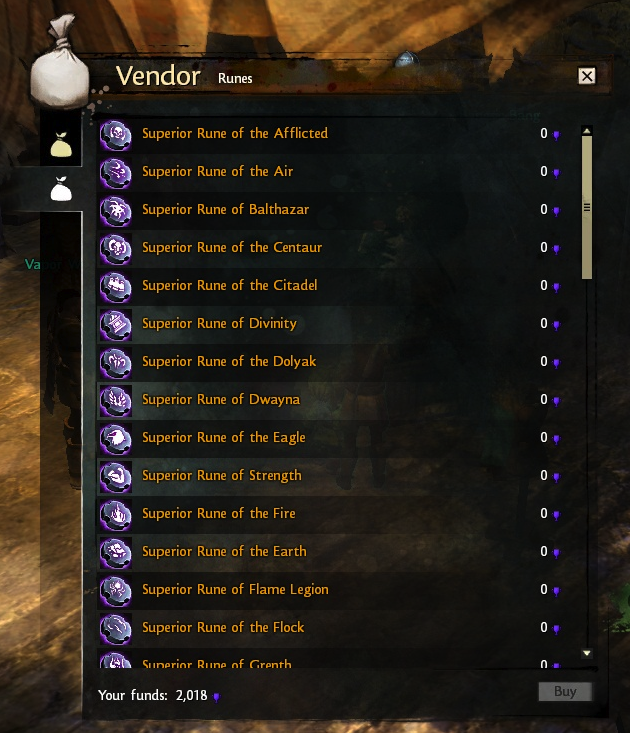 How can I customize my stats?

As I mentioned earlier, most of your stat customization is done by picking amulets. Again, if you’re just starting out I recommend using the default amulet. If you want to buy a new one, there is a third vendor waiting for you. 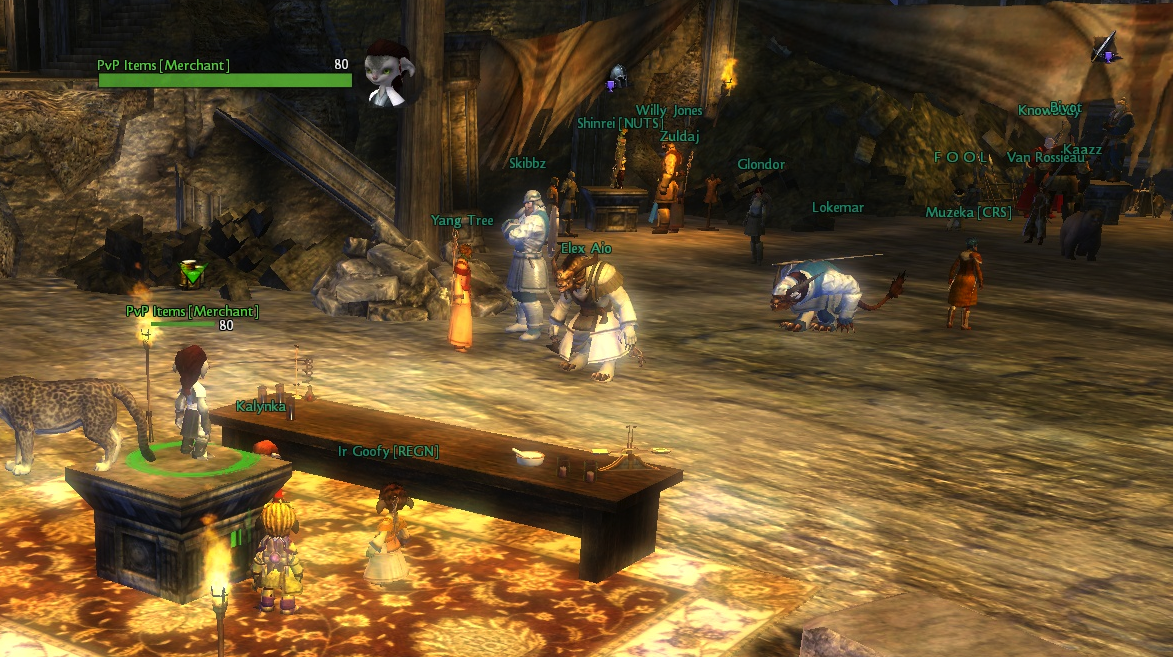 There are two ways to customize an amulet. First, an amulet comes with base stats, and second you can gem an amulet with special PvP gems. The base stats are very high and allow you to choose your primary stat distribution, while gem stats let you tweak stats in less extreme ways. 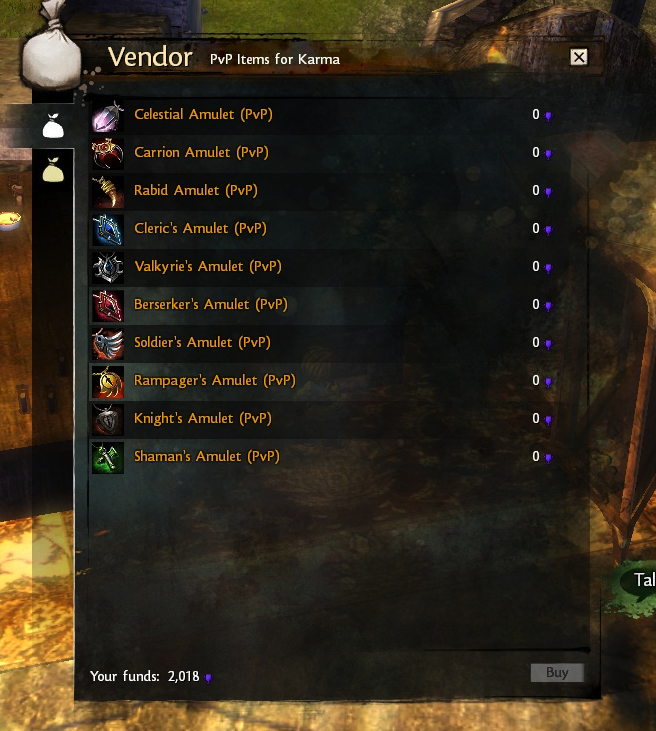 You can also customize your stats through your trait lines. These are usually pretty minor stat boosts, but they do matter.

Where can I get rings and trinkets?

There are no rings or trinkets in sPvP. Those equipment slots are forever left empty.

How can I customize my traits and utility skills?

When you first enter the Mists, you have a default trait and utility skill configuration. You should tinker with these and build your own. You can access your traits and utility skills the same way you do in PvE, by opening the character pane (“H”) and navigating to the “Skills and Traits” pane. 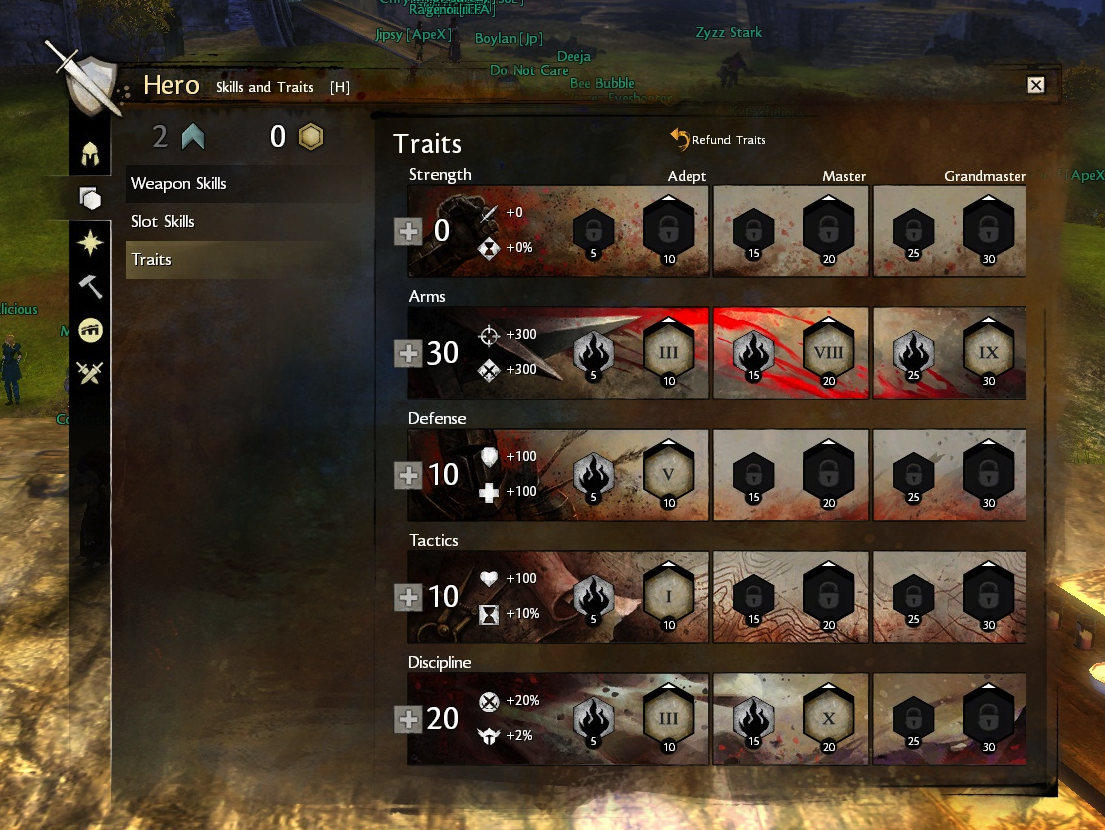 How do I queue for PvP?

There’s a final NPC you need to talk to before you can PvP. Head for the opposite side of the field (from where you enter the Mists, take a sharp left), and you will find an NPC titled “PvP Browser”. 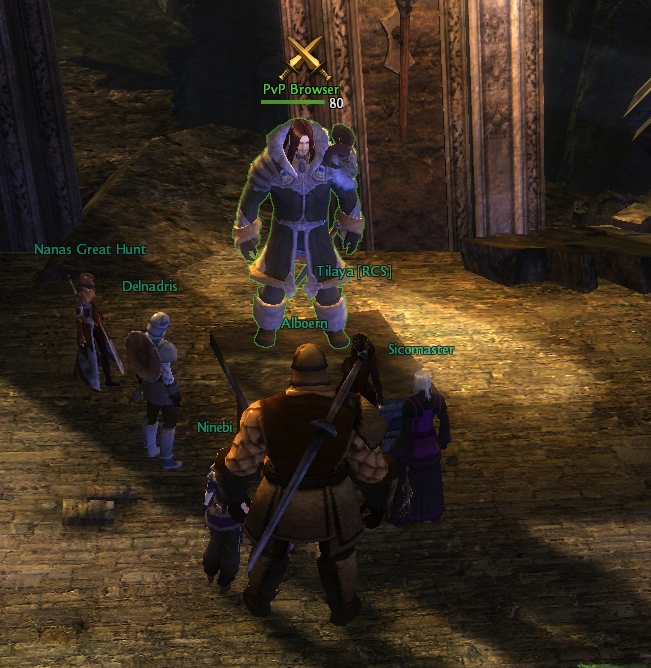 Speak to this NPC and a Game Browser appears. The best way to start right away is to click the “Play Now” button. This will attempt to put you in a game with people of similar levels of experience. You can also choose a specific server, but I find it’s easier when I let the game choose for me. 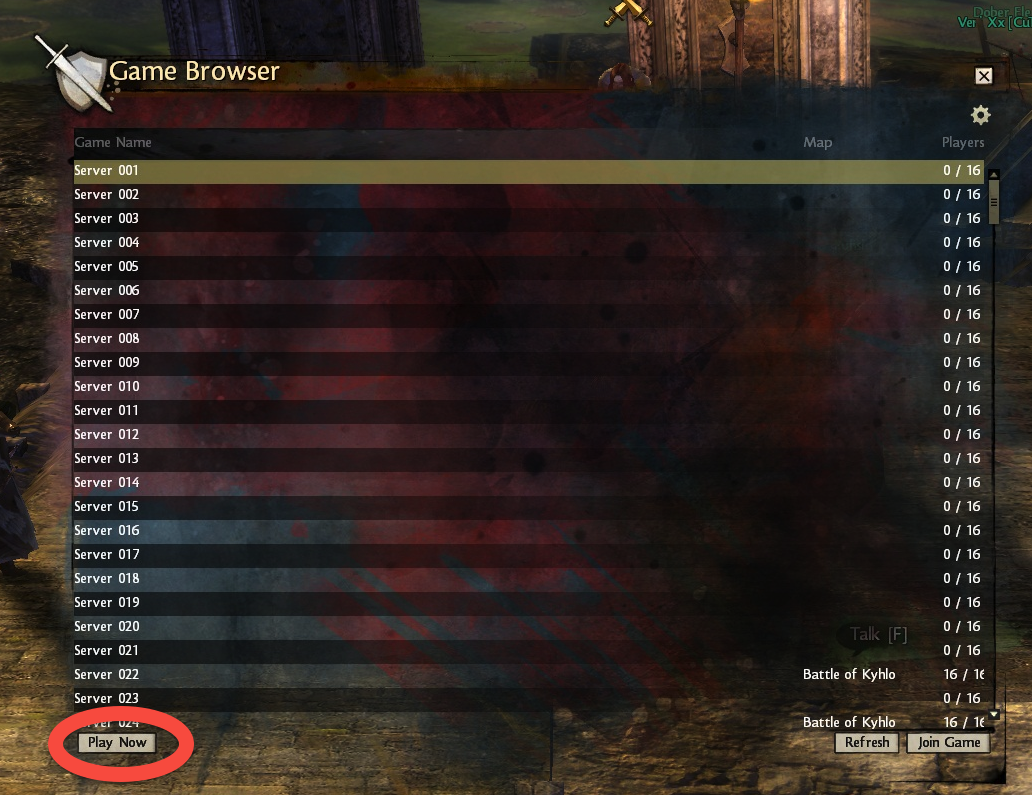 How can I play with a friend?

There currently isn’t a way to queue as a group, though you can decide on a specific server in the Game Browser (pick one that has enough room for you and a friend) and join at the same time. You will not always be placed on the same team, but at least you’re in the same game. Arena Net has said that group queueing is something they want to do, but implied that it won’t be available at launch.

You can also create a Tournament team together. That requires a group of five people and the pressure to win is quite a bit higher, but you will always be on the same team.

What can I do with glory points?

Glory is similar to honor in WoW, in that it is a currency that’s acquired though PvP and it can be spent on new gear. However, that new gear is never an upgrade; it just looks cooler. You can only buy boxes that will grant you random gear, not the gear itself. Another difference is that glory acts as PvP experience. Once you accrue enough, you rank up. With every 10 ranks you unlock a new glory vendor. You do not downrank by spending glory.

The rank 1 to 40 vendors are located in a shattered building near the PvP queue NPC. The higher ranked vendors are far on the other side of the map, near the trebuchets and practice NPCs. You’ll probably know where they are by the time you get to rank 50. 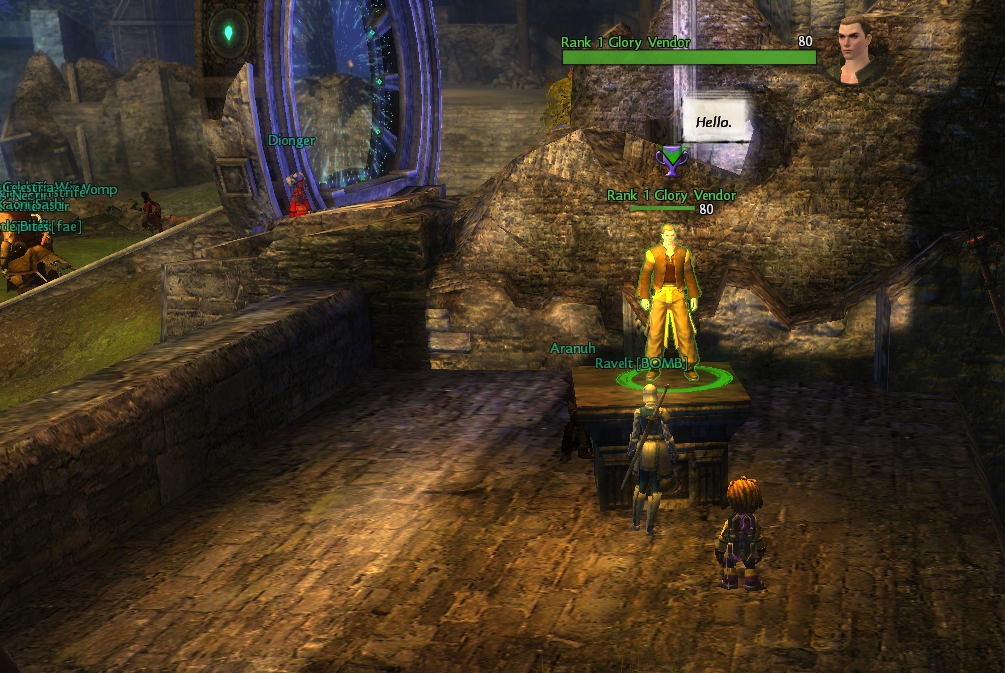 What can I do with all these useless gear rewards from glory?

If you’re a warrior but the glory chest only gave you light armor, you can use a PvP Salvage kit (also bought from glory vendors) to break that item up. Once you gather enough items, you can use the Mystic Forge on the other side of the field to make a new item. 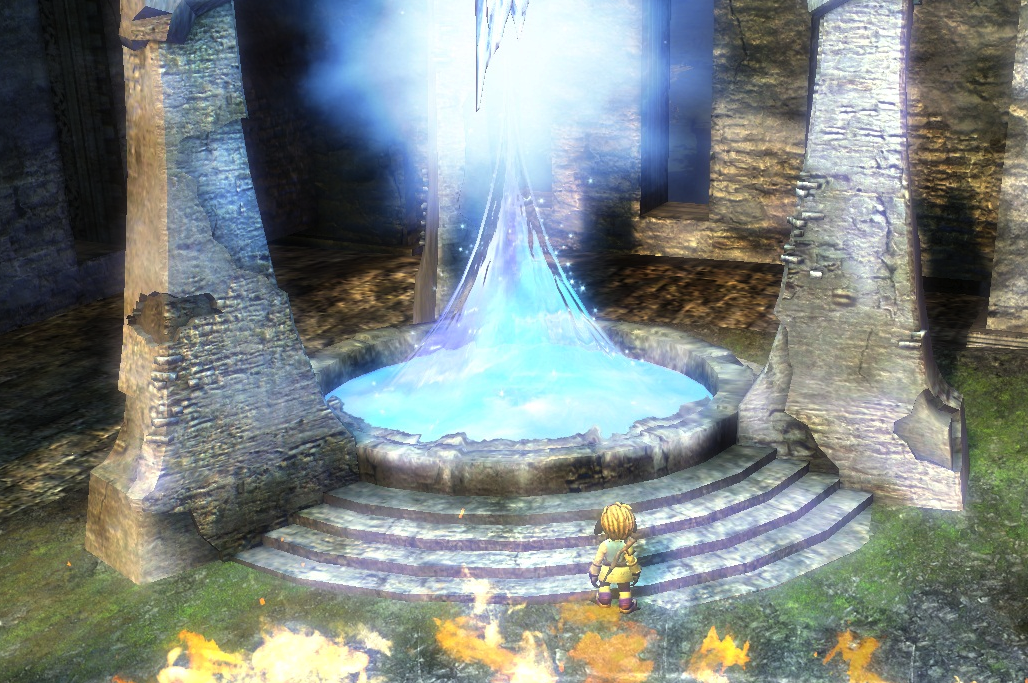 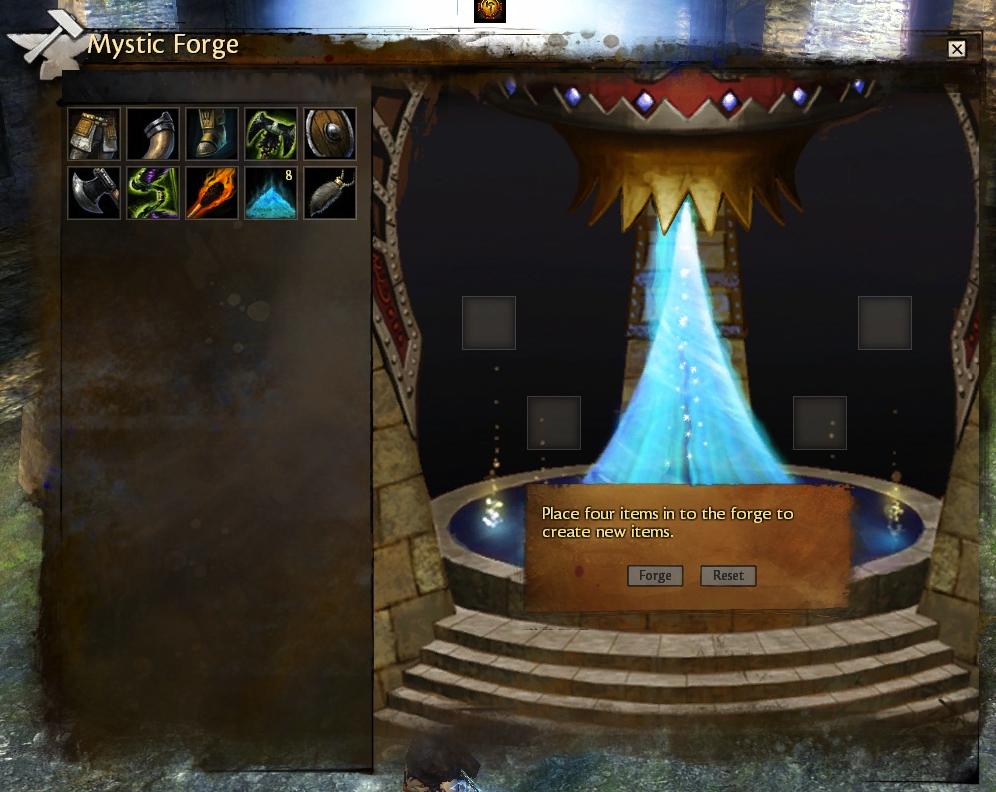 Does everyone look the same forever?

Not exactly. The color of your gear while in matches will always be determined by your team (red or blue), but you can obtain more interesting armor and weapon models by PvPing and ranking up. I’ve heard that you get even cooler-looking gear by joining tournaments.