This week, we’ve seen the first major revamp for Brewmasters, this time dealing with our AoE abilities. We get a better look at the Bronze, Silver, and Gold Challenges of Proving Grounds. And Episode 0 of Monk Meditation is out!

Without playing with it, it’s not clear just how much better this new Rushing Jade Wind is compared to our out-of-the-box Spinning Crane Kick. If you take a look on the PTR, you’ll see that is is pretty much all the good stuff of Spinning Crane Kick without any of the bad. 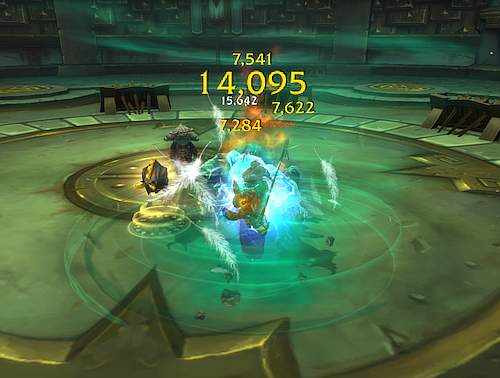 Overall, this change makes the RJW the talent you want to take for sustained AoE damage. It also makes add pickup easier since you’re not stuck channeling. However, we do lose the functionality of the old RJW, which was frequently used as a ranged pickup tool and the common choice when Xuen was unusable. Luckily, most of the issues with Xuen should be resolved with all of his recent changes. And as for the ranged pickup…

Chi Burst – No longer requires a target. It is aimed in front of you similar to the current Rushing Jade Wind.

Chi Burst is becoming a free, healing version of Rushing Jade Wind! The downside is that it still has a 1 second cast, so not quite so easy to use while moving. Both these changes will make us even better at AoE damage, which puts the earlier Keg Smash nerf into perspective. In the end, our AoE is going to be much stronger. 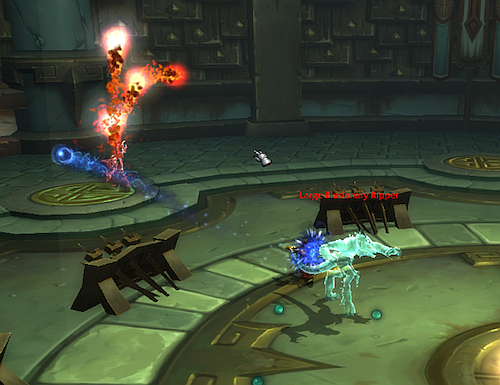 I’ve had the chance to try out the Bronze, Silver, and Gold tanking challenges. They’re pretty fun.

The tank challenges give you a single NPC who’s both a healer and damage dealer. She does roughly 4-5x your dps, so don’t underestimate her. She heals through a HoT that’s active 100% of the time, unless you run out of her line of sight. She does pull mobs before you get a chance to aggro them, which can be frustrating but it’s also a realistic representation of the real world. There are barricades around the area to practice avoiding problems with line of sight. The NPC won’t dps if the adds are out of LoS.

This is the challenge that’s aimed at pre-LFR tanks. That is, if you complete the Bronze Challenge, you should be able to tank LFR. It tests your ability to:

This challenge is a bit more difficult. Ideally, if you can pass Silver you’re ready for Normal raids. It tests your ability to:

This difficulty is closer to preparing you for Heroic raiding. In Gold, you encounter boss-like mobs that hit very hard and require movement and cooldown management. You have to deal with the same mechanics as Silver, plus learn how to:

As promised, here is the video of our first podcast. We experienced surprisingly few problems, given it was our first attempt. Having podcast veterans around definitely helped.

The inaugural podcast for Monk Meditation. This week, Chaithi, Sunnier, Ayr, Daikatsu, and Naoyuki join together to discuss Flex raids, proving grounds, and legendary cloaks. Jihn’rok the Breaker is in our sights as we talk about tips for each spec to outperform! We also discuss PTR changes and discuss whether the sky is falling for Windwalkers or not. This is Monk meditation, episode 0.

The Monk Tier 16 set has finally been datamined. It comes in white, green, and red. My favorite is the white.

Glyph of Transcendance – Now decreases cooldown by 5 seconds instead of increasing range.

I tested this one in the PTR and it does move you about 5 yards further than a normal roll.

This glyph is on the PTR and lets your Expel Harm heal other people for a decreased amount. It was previously labeled “Glyph of Expel Harm”, but there’s already a glyph with that name.