The Brewmaster Tier 16 bonuses have been datamined. They aren’t testable yet, and like many bonuses, we probably won’t get a complete understanding of them until they go live, but here are my initial impressions.

As a note, take the numerical values of these bonuses with a grain of salt. Also, the stats on Tier 16 are currently placeholders, so don’t worry about that yet (here’s hoping it won’t have so much hit and dodge).

When your Black Ox statue Guards another player, you also get a Guard for 15% of that amount.

Buff is called: Protection of Niuzao, which has a duration of 30 seconds. 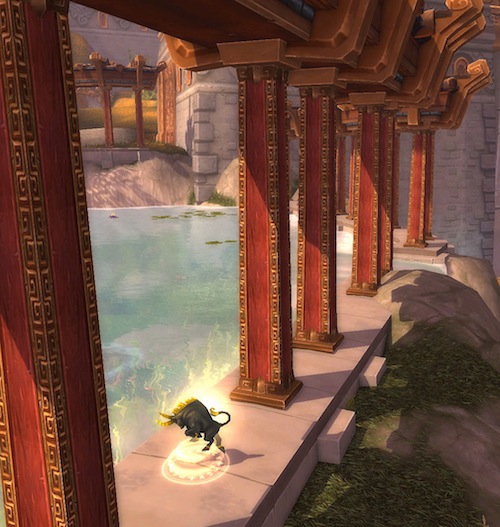 This bonus will give us another reason to push our dps to the max, which in turn gives us more reasons to prioritize crit as a secondary stat. Due to the way Black Ox Statue works, this doesn’t necessarily mean we need to maximize vengeance. Higher vengeance means you have to meet a higher damage threshold to activate a shield, so this bonus is more about maximizing the damage you do with the vengeance you have.

The numbers are volatile, but if we assume the 15% mini-guard is here to stay, this bonus will be worth somewhere between 1.3k to 2k heals per second, depending on how much dps you’re capable of pulling out. The shield itself should prevent around 20k to 35k damage every 15 to 30 seconds, in current gear levels. As a shield-type skill, the damage prevention is incredibly valuble because it can never be wasted. However, you don’t have much control over it. It will be interesting to see if the mini-guards stack if you trigger a second before the first gets consumed (which could happen very often if you’re not tanking for a period of time).

As far as how I feel about this bonus, I like the idea quite a bit. It’s passive, though it will change up our game by messing with our stat priorities (not by a whole lot, since T15 already favors crit). It gives even more defensive benefits to maximizing your dps, which caters to the brewmaster’s strength of high dps with high control over defenses.

Purifying Brew also heals you for 30% of the amount of staggered damage cleared. 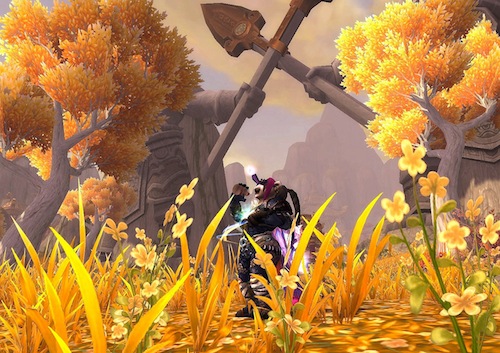 This bonus actually rewards mastery. The higher your mastery, the bigger your staggered damage, and the bigger the heal provided by this bonus. Some of that value has to be tempered because, as a heal, it risks being wasted as over-heal. Luckily, Purifying Brew is typically used after a big hit, meaning we’re not topped off, which should reduce that chance of significant overheal.

As a 10 man brewmaster with a heavy crit build, my cleared staggers usually total between 280k and 640k. Those numbers would be higher for a mastery build, and much higher for a 25 man brewmaster. But just with my numbers, that means a Purifying Brew would heal for more than 84k, and a well-timed purify at high stagger would be a significant heal of nearly 200k.

I love this bonus because it brings some of the functionality of Healing Elixirs that I really enjoyed. Namely, a strong heal that you have a good amount of control over, but has interesting limitations because it’s tied to another ability. That’s something other brewmasters hate about that talent, but I feel it brought more Interesting Decisions to the table without adding more buttons. Sadly, Healing Elixirs is overshadowed by two very strong defensive cooldowns, so that utility is mostly gone. Until Tier 16.

I also like this bonus because it rewards mastery. As much as mastery gets a bad rep for being “overkill” in easier raids and 10 mans, I love the stat for its smoothing properties and I want more reasons to reach high levels of mastery. The previous tier only scales well with crit, which has the psychological effect of making everyone think they should stack crit, even if mastery would be better suited to their level of experience. Maybe this bonus will make us feel less bad for liking mastery? A monk can dream.

How will our lives change with these bonuses?

It’s hard to say without getting in there and testing, and then later running many, many raids to get the hang of it, but I predict that these bonuses will encourage us to prioritize crit and move mastery to the second priority, replacing haste. Haste has it’s uses, but we can already reach our relative preference caps easily in Tier 15 gear, and it will get even easier in Tier 16. Likely, the haste native to our gear will be all we need, and possibly more than necessary.

On the other hand, we will be losing the Tier 15 four-piece, which effectively reduced our haste requirements, and we will need to compensate if we want to maintain the same frequency of stagger purification. Also, more haste will increase the frequency of purifies, which also increases the heal from four-piece, though I expect that smart, infrequent purifies will remain more effective than unnecessary, frequent purifies.

As is always the case with brewmasters, stat priorities are fluid and depend on your comfort levels, playstyle, and raid content.