Some interesting spins on our underused talents, unique trinkets, updates on brewmaster Tier 16, and discussion over the legendary cloak.

The key theme of these changes is increasing the attractiveness of unpopular talents. None of these changes are powerful enough to significantly effect your default talents, but they should add some mildly interesting decisions for the times you need to change.

These changes are tempting, especially for tank swap situations, but don’t get too excited. The true weaknesses of this talent, that it provides the lowest amount of chi of the three in its tier and that it’s an active talent, remain. I still think that Chi Brew is counter-productive to chi pooling techniques, and experienced Brewmasters should almost never be in a situation where they are at 0 chi and need more chi instantly, so it still shouldn’t replace Ascendance as our default talent choice.

This is an attractive quality of life change, but it doesn’t increase the chi you receive from this talent. It has the same internal cooldown — you simply have more ways to activate it. As a reminder, Ascension will provide the superior chi gain when you have moderate to high levels of haste (the actual number depends on fight length), while Power Strikes will be better at low levels of haste. The numbers are close enough that it’s still mostly up to personal choice. However, Ascension also provides the benefit of more room to pool chi and more low-health Expel Harms, so it will remain my recommendation.

Healing Elixirs will no longer activate if the Monk is already at full health, and activate automatically when the Monk has less than 35% of their maximum health.

Ring of Peace has a new visual effect and now disarms both enemies and those attacking allies within the Ring of Peace’s area-of-effect for 4 seconds (up from 3 seconds); the silence effect for casting spells remains unchanged at 3 seconds.

This change is so boring that I didn’t want to include it. But for completeness’ sake — here it is. (The new visual is nice, though.)

There are some really interesting trinkets discovered in the latest PTR build. They’re so new that they don’t even have names yet.

Most of these trinkets have a chance to proc more damage. Tank damage is becoming more and more important these days, so these trinkets will be very popular for brewmasters. 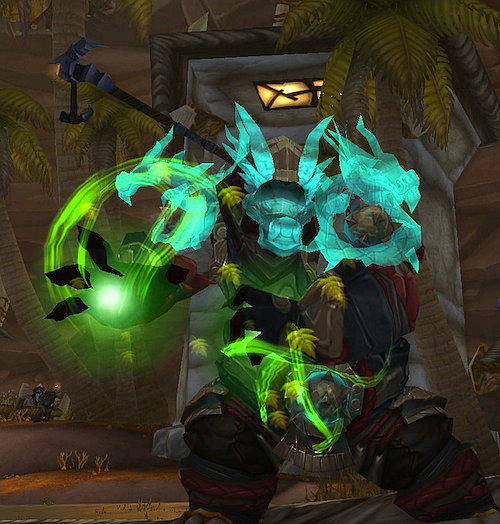 A recent nerf to our T16 two-piece:

Item – Monk T16 Brewmaster 2P Bonus: When your Black Ox statue Guards another player, you also get a Guard for 8% (was 15%) of that amount.

We all knew that the numbers were volatile, though I’m a little sad to see this one reduced. It wasn’t a terribly powerful bonus to begin with because it was passive. Oh well, not enough to get upset about (yet).

[Back on the EJ thread](http://elitistjerks.com/f99/t131791-like_water_brewmasters_resource_6_20_13_a/p25/# post2304186), some calculations were done that determined that haste increases the self healing capabilities of the four piece bonus more than mastery. However, haste has some sharp diminishing returns and it’s generally a bad idea to go above 8k anyway, whereas mastery continues to scale linearly. That means there’s a point where mastery catches up to haste when it comes to maximizing that set bonus.

Another note that I forgot to mention is my early preview of the bonuses is that with four piece, we will almost never want to purify at full health, because that would waste the heal. Most of the time, it’s not something to worry about because a big hit will leave our health below max anyway, but there are times you have that hit absorbed by Guard or something similar.

Many people have been concerned that the two-piece will remain in use far into tier 16. Not because T16 4pc is bad, but because T15 2pc is so damn good. Rest assured that the devs know about this, and so we can hope they nerf it after 5.4 is live.

More datamining has revealed potential procs for our eventually-legendary cloaks. There’s a tank one and a DPS one.

Both look viable, though we will likely be confronted with the same conundrum we face with legendary meta gems: do we use the tank proc or the dps proc? As much as I prefer going with the traditional tanking proc, I predict that (at least in 10 mans) the dps proc will be more useful. Just as is the case with the meta gems, the loss of the tank benefit can be overcome with skill, while the gain of the dps benefit will almost always be useful for progression.

Another worry is that we might not be able to swap between cloaks like we can swap the metas. In the live game, you can’t have more than one cloak in your inventory, so you aren’t able to swap between tank and dps versions. It’s not a huge problem right now, but it will be with these procs. Blizzard has hinted at removing that limitation, so let’s hope that’s the case. 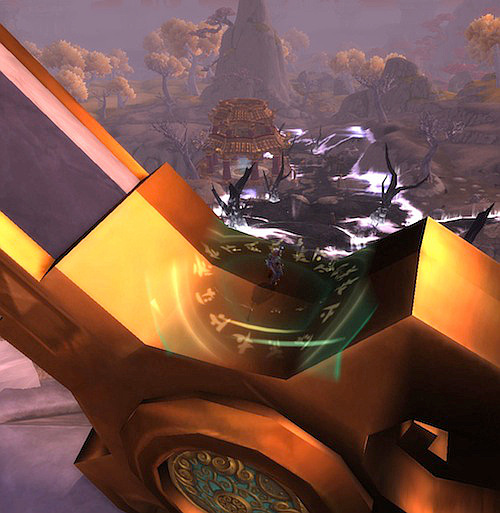